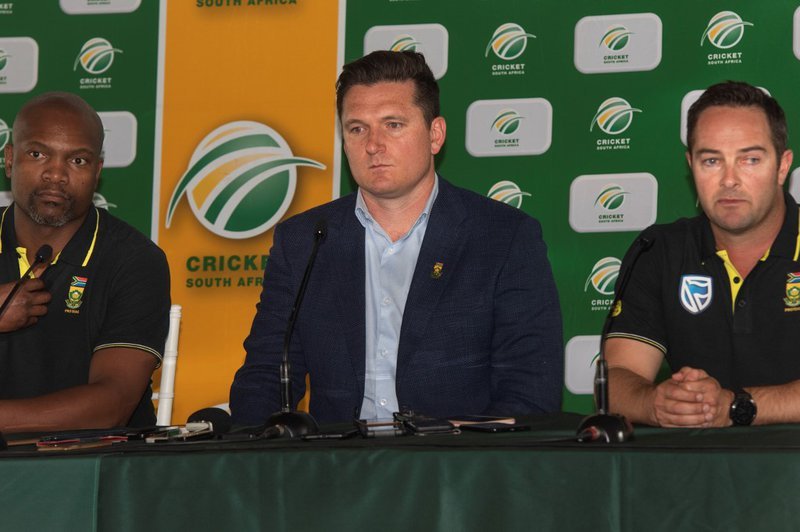 Cricket South Africa director of cricket Graeme Smith has responded after the “extremely disappointing” cancellation of Australia’s scheduled tour of the country.

Earlier on Tuesday, Cricket Australia released a statement in which the country’s board said the coronavirus situation in South Africa “poses an unacceptable level of health and safety risk”.

For CSA and South African fans alike, the news came as a huge disappointment, particularly after the country recently hosted Sri Lanka for two Tests, while the Pakistan women’s team is about to complete a tour there without a single positive coronavirus case.

South Africa’s domestic limited-overs competition, the Momentum One-Day Cup, the final of which is set for Potchefstroom on Thursday, has was successfully completed in a safe playing environment.

CSA has since responded with a statement of their own, in which Smith revealed he had been in contact with CSA representatives regularly and was convinced the tour could have been successfully completed.

“CSA has been working tirelessly in recent weeks to ensure that we meet every single expectation of CA,” Smith said.

“This was set to be the longest tour in a BSE [bio-secure environment], comprising a three-match Test series that was scheduled to begin with Australia’s arrival later in the month.

“So, to be informed about the CA decision at the eleventh hour is frustrating.”

Everything done to appease Australians

According to CSA chief medical officer Shuaib Manjra everything was done to appease their Australian counterparts.

“The protocols we had proposed to CA were unprecedented. Firstly, we had agreed that our own Proteas team would enter the BSE 14 days prior to the arrival of the Australian team, thus altering their planning during the current tour of Pakistan,” he said.

“Amongst some of the other key arrangements made were that all four areas [two hotels and two venues] had a protocol to implement a strict BSE with no contact with anybody outside this area.

“We subsequently agreed to two separate BSEs and had granted Australia full and exclusive use of the Irene Country Lodge, which we shared with Sri Lanka, with a minimum staff present on site.

“In terms of the arrangements, the Proteas were to move to a separate hotel altogether. Furthermore, all hotel staff, match officials and even bus drivers were to enter the BSE 14 days prior to Australia’s arrival.

“In addition, CSA had also committed to importing an Australian tracking system at great cost to ensure proper tracking of close contacts in the event of a positive test. The touring team was also going to be granted VIP access through the airports, after government intervention to ensure this privilege.”

Nevertheless, South Africa’s Test squad will return home from Pakistan, where they are currently involved in a Test series, next week regardless.