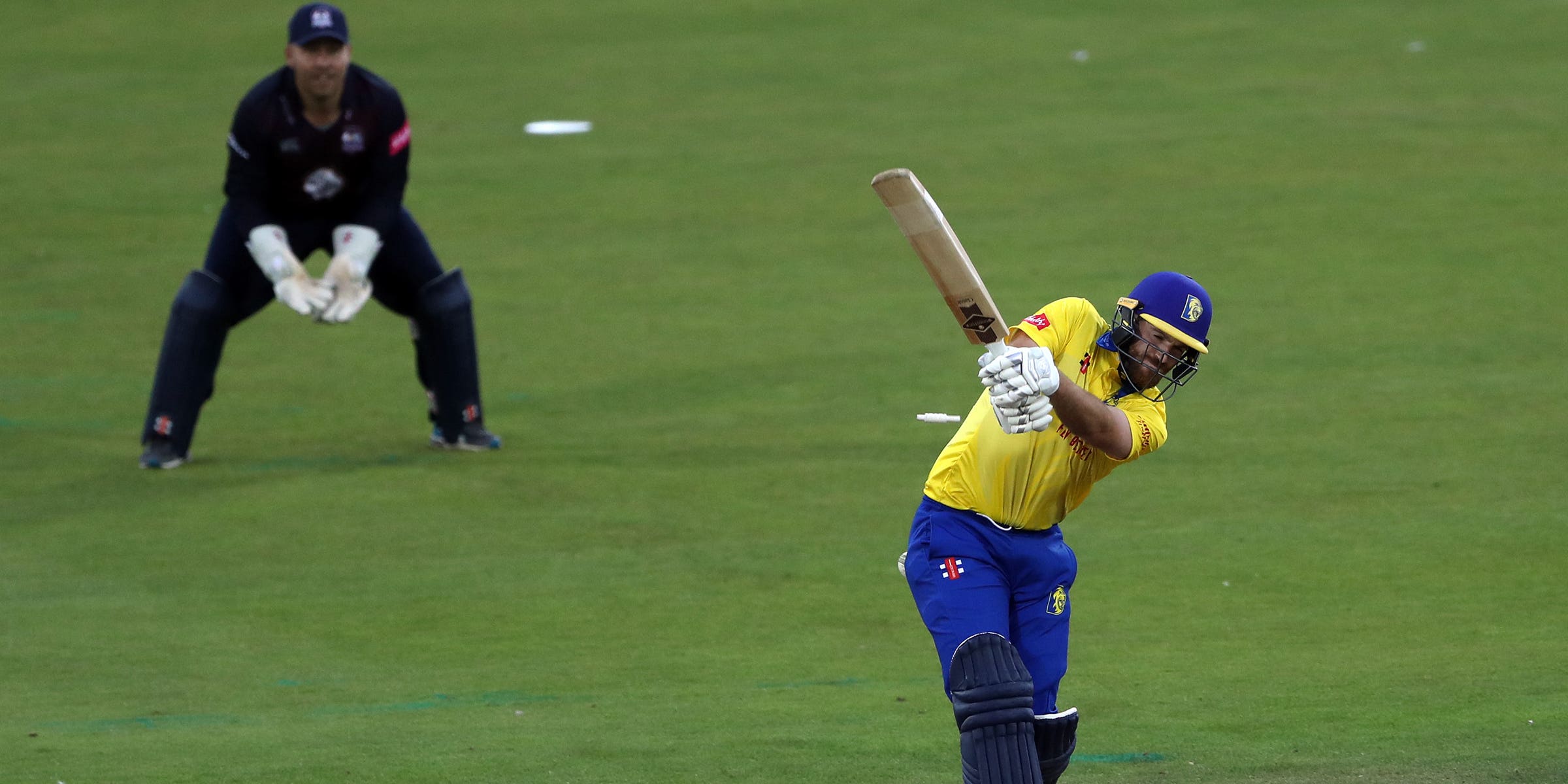 Durham opened their Royal London Cup season by blasting over 400 in a 103-run victory over Kent at Beckenham.

Graham Clark’s career-best 141 from 119 balls and Alex Lees (100 from 98) produced an opening stand of 242 in 33.5 overs but the punishment did not stop there with David Beddingham making 67 and Cameron Bancroft 60 not out, the Australian taking 14 off the final three deliveries.

That lifted Durham to 405 for four, their highest 50-over score but only just good enough to creep into the competition’s top 10 all-time scores.

Chris Rushworth took three for 29 to flatten Kent’s top order and although George Munsey made 96 and Harry Finch 64 the hosts closed on 302 for eight.

Elsewhere in Group A Essex’s spin duo Simon Harmer and Aron Nijjar, who shared five wickets in dismissing Hampshire for 273, put on 54 for the eighth wicket to see their side chase down their target with more than five overs to spare.

Tom Westley laid the foundations for the win with a classy 69 but with wickets falling regularly the visitors looked in real trouble at 221 for seven only for Harmer (32 not out) and Nijjar (27no) to see them home.

In Group B Gus Atkinson’s four-wicket List A debut helped Surrey make a winning start to their campaign as they eased past Yorkshire by five wickets at Scarborough.

The 23-year-old prospered with the new ball on a fast and bouncy North Marine Road pitch, claiming four for 43 to bowl out the hosts for 165 in 34.1 overs.

Mark Stoneman then played match-clinching innings of 73no from 110 balls, having only just returned to Surrey following a four-game T20 loan spell with Yorkshire.

Leicestershire cruised to a comfortable six-wicket win despite a century from Derbyshire captain Billy Godleman on his return to cricket.

Godleman had taken a month away after struggling for form but bounced back with 116 from 129 balls.

But Australian left-hander Marcus Harris hit 75, Rishi Patel a career-best 70 in the 50-over format and captain Lewis Hill 51 as Leicestershire eased past Derbyshire’s 275 for seven with 24 balls to spare.

Victory was overshadowed by a serious injury to opener Nick Welch who dislocated his knee while batting.

The visitors had been bowled out for 221 but after Kiran Carlson (60) and Billy Root (50) were dismissed Carey (14no) and Roman Walker (15no) had to see their side home with a 30-run ninth-wicket stand.