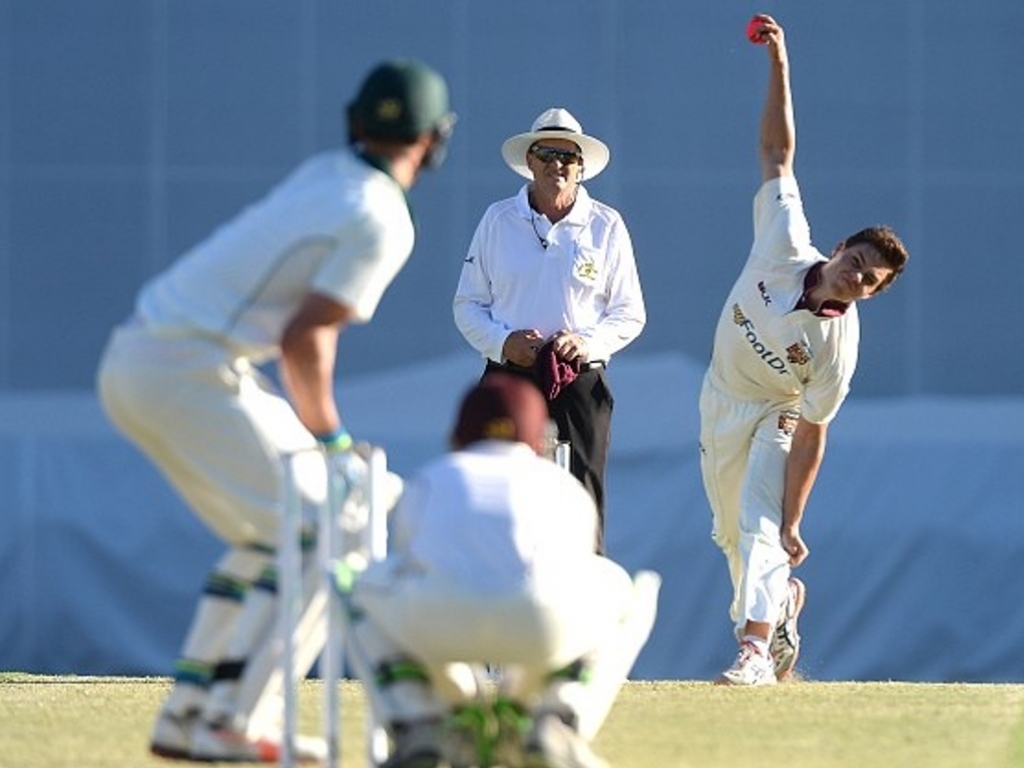 Uncapped leg-spinner Mitchell Swepson is looking forward to Australia’s tour of India and has admitted that the conditions are likely to pose some challenges for both him and his team.

Swepson has received ample praise from legends of the game like Steve Waugh and Shane Warne but the young spinner is trying to not let that go to his head.

When asked how he felt about the praise after a practice match at the ICC academy in Dubai Swepson said: “It’s awesome it’s great to get praise from legends of the game like that.

“It’s a bit of a feather in the cap, but in saying that you’re not accomplished just because blokes like that are saying you should be here but it’s really nice to get those comments.”

The man who performed well for the Brisbane Heat in the Big Bash League has been selected for the tour largely based on his talent rather than his performances having played just 14 first class matches.

Swepson praised the facilities at the ICC Academy where Australia have been holding a training camp to prepare for the challenges of India.

He said: “The facilities have been excellent, I think they have been exactly what we’re after we are after some subcontinent conditions to train in I think the ICC academy has delivered us that.

“They have been really good wickets to bowl on and challenging to bat on as well.”

When asked how his experience of being an Australia cricketer has been so far Swepson could not hide his delight and insisted that he is trying his utmost to retain as much information as possible.

He added: “It’s been awesome.

“Just tried to be a bit of a sponge and soak it all in and just take in everything that comes my way. It’s been a really good experience so far and hopefully it keeps going as we head to India.”

When asked if he would adjust his game to the conditions Swepson said that was a given.

The Queenslander went on: “It’s part and parcel you can’t bowl like you bowl in Australia in different conditions so I will have to change my game slightly.

“That’s what we’ve been [doing here] in Dubai, that’s why we’ve come early. We’ve tried to practice the different games that we are going to have to take over to India.”

The 23-year-old revealed that he hasn’t asked for too much advice before leaving for the tour but did touch base with his state coach and has been contacted by senior Australia spinner Nathan Lyon as well.

Swepson said: “I had a good chat with my coach in Queensland John Davison before I came over just about the last couple of trips I’ve had to India and just reiterating some points we had there, other than that I’ve had a few messages from these boys before I left, and Gazza [Nathan Lyon].”

Steve Waugh has said that he feels Swepson could offer Australia a bowler who could surprise India but the man himself doesn’t put too much stock in that.

Swepson responded when asked about those comments: “I don’t know about that, I think if I’m a chance to play they will do their research, they will find a way, there’s so many ways you can look into players these days, there’s a lot of footage out there so I don’t think that will come into it too much.”

The spinner believes training in Dubai has only reinforced for Australia how tough the visit to India is going to be but feels the camp has been productive and will stand them in good stead.

He concluded the press conference by saying: “I think that we’ve taken out that it’s going to be challenging over there. I think it’s been tough to train in these conditions and we knew that already, that it was going to be hard over there but I think the communication between us has been great.

“I think we can take that forward and take into account that we are communicating well and batters are working with bowlers and I think is going to help us going to India.”