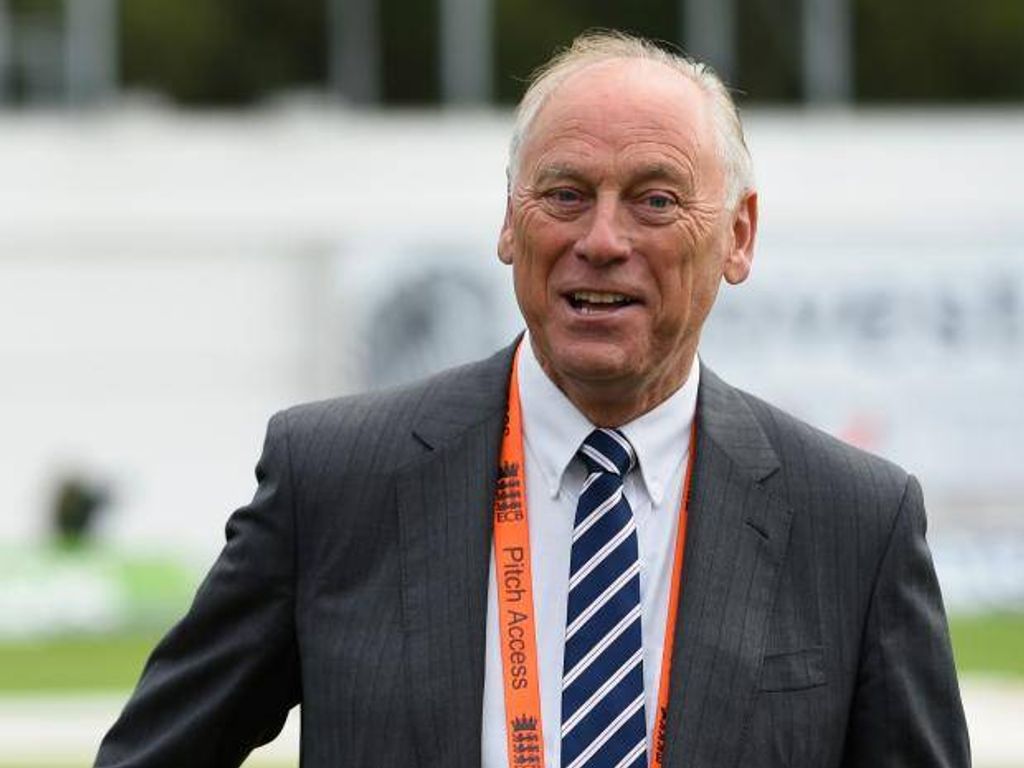 Colin Graves, chairman of the ECB and the ex-Costcutter mogul, doesn’t strike one as a chap who is down with the kids, does he?

No, he strikes me as a classic passive-aggressive grumpy 70-year-old Yorkshireman. I know this because I was raised around such men.

He tried to justify the appalling 100-ball tournament on Monday and ended up appalling most of the game’s cognoscenti by saying this: “The younger generation, whether you like it or not, are just not attracted to cricket. In all the work, surveys and research we have done, the younger generation want something different.

I’m not sure who he thinks the ‘younger generation’ are; when you’re 70, I’m sure pretty much everyone under 50 seems young. When you hear someone talking about ‘the younger generation’ my hackles always rise. There is a certain kind of narrow-minded person who sees young people as a distant foreign country, speaking a strange language and with a cultural outlook that is mystifying. Graves sounds like a great example of one of those. And he’s ECB Chairman. Is it any wonder there are problems?

In my experience, kids are kids. The superficial stuff changes but underneath, they’re largely the same as they ever were. They just need cricket explaining, presenting and selling to them appropriately. Graves hasn’t a clue how to do that.

As I’ve mentioned in recent weeks, there is some evidence that all our attention spans are shortening and perhaps that drives the desire for ever shorter versions of the game. However, there is no sign that kids, when given the opportunity, are any less keen on cricket than they’ve ever been. There is also no evidence that 100-ball games are what anyone wants (or, if there is, the ECB haven’t shared it with us which means there isn’t).

More than 5️⃣0️⃣0️⃣0️⃣0️⃣ All Stars are now signed up to take part this summer – huge thank you to all of our parents, little stars and centres!

Still room and time to get involved 😊 ➡️ https://t.co/BximrE0Llr#BigMoments pic.twitter.com/n9pWsnSjY2

In a classic case of the right hand not knowing what the left hand is doing, on the same day as Graves was telling us about kids disinterest in cricket, it was announced that 50,000 five-to-eight-year-olds have registered for the ECB All Stars programme. That doesn’t sound like they hate cricket, does it?

If you throw some bats and balls at any kids of any age, they’ll enjoy whacking it around the way all of us always have. These pleasures don’t change; what does change, though, is the context into which these things are placed in life. If you deny them opportunities to play or watch, they’ll just find something else to do.

Life has many more distractions for young people today than it did 50 years ago, but the things which attracted all of us to cricket, in whichever era we grew up in, remain the enticing things about the game. It’s just that the game is in the hands of unimaginative people like Graves who can’t connect the dots to make the picture of where we really are.

So many terrible assumptions are behind the 100-ball idea. Graves seems to think it will somehow attract more kids and women. That seems to be an assumption based on all manner of unacceptable prejudices, all of which Graves would be ignorant of. 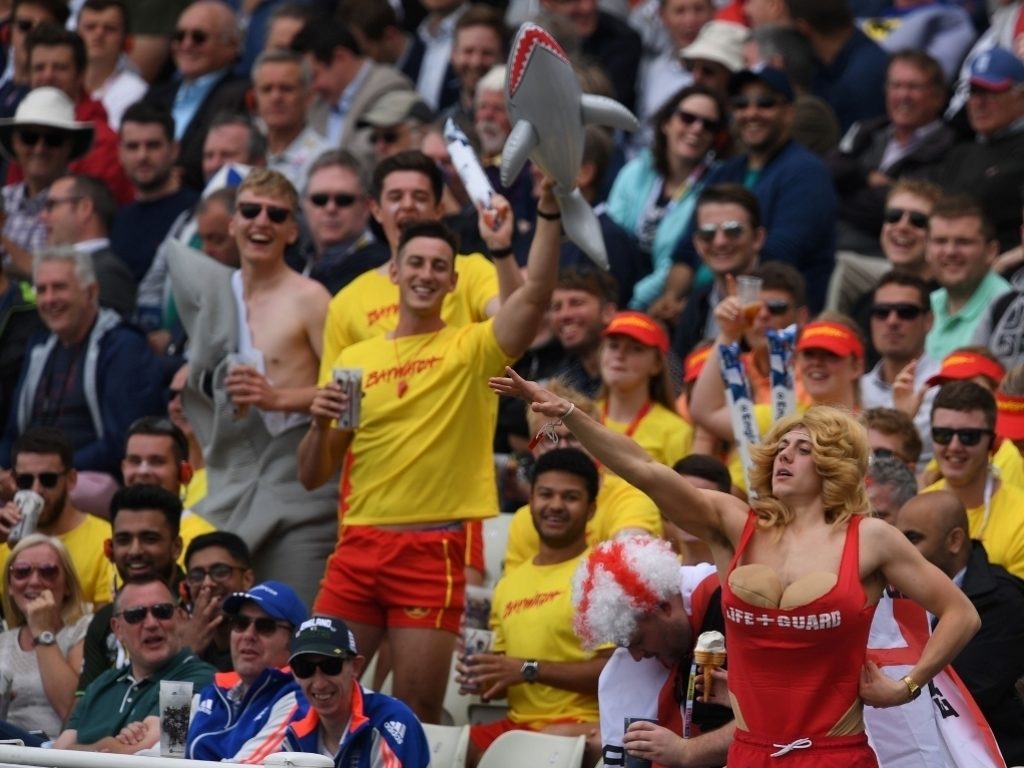 And anyway, it won’t. Why? Because it’ll obviously be a big lad’s pish-up. Same as T20 is. T20 is not family friendly. Yes it may pull the punters in, but look at who they are. If you want kids and women and many men too, to feel attracted to a sport, don’t surround them with chanting lager monsters. We don’t like it. In fact, we hate it.

It also needs to be said that just because kids, or indeed anyone else, say they want something less complicated and exciting (and let’s remind ourselves that we’ve seen no evidence to say they do), it is not a reason to give it to them. Kids would always rather eat sweets than broccoli but the grown-ups are supposed to educate them to better choices.

The ECB has driven cricket in all the wrong directions, so it’s no surprise they’ve ended up trying to flog some sugar candy version of the game, desperately hoping an audience that they don’t understand will want to come to watch something that’ll actually destroy the game they are charged with protecting and nurturing. Things couldn’t really get any worse. It is the sporting equivalent of giving someone crack cocaine for tea because they don’t like ham sandwiches.

Graves doesn’t seem across any of these things at all. Personally, I wouldn’t back him to know his arse from his elbow, even if it was a multiple choice question.

"After the last two months of shit I’ve had, I’ve just been re-elected to the board 41-0. 41-0." – Colin Graveshttps://t.co/vWcgkdcKro pic.twitter.com/jiOJ8JJjLU

However, tellingly, he is very pleased to be re-elected to the board by 41-0 though, stressing it be put into an interview in The Times. It does make one wonder just how fit for purpose the whole shower of sh*te is. If Graves is the answer, the wrong question is surely being asked.

Given we know kids like playing cricket when they have the chance, getting a new generation interested in the longer form shouldn’t be that complicated in the long term. You don’t need to prostitute the game’s soul chasing a new audience down a rabbit hole to a slogger’s oblivion.

Graves comes across like some uninformed local councillor who got elected by 20 votes through his popularity at the local golf club, but who hasn’t a clue about how to go about doing the job with any degree of professionalism. He is unable to communicate effectively to anyone outside of his own fetid little coterie and when he tries to do so in media interviews he just sounds reactionary and defensive.

There are choices to be made, it’s just that the ECB and others keep making the wrong choices. Getting cricket on to terrestrial TV would be a good start. Stop selling it off to the highest bidder because there’s only so long you can sell the family silver before you end up in the poor house. It’s short-termist and it’s damaging the whole game for every generation.

Work with local councils and schools to ensure there are actually playing fields for kids to play on and not sold off to property developers.

Then you’ve got to put cricket on when kids and parents can actually go and watch, not at 11am on a Tuesday school morning. Then you need to make it affordable and family friendly. This means not encouraging massive drink-ups by 20 and 30-something men but it also means not being a negative grumpy old duffer. 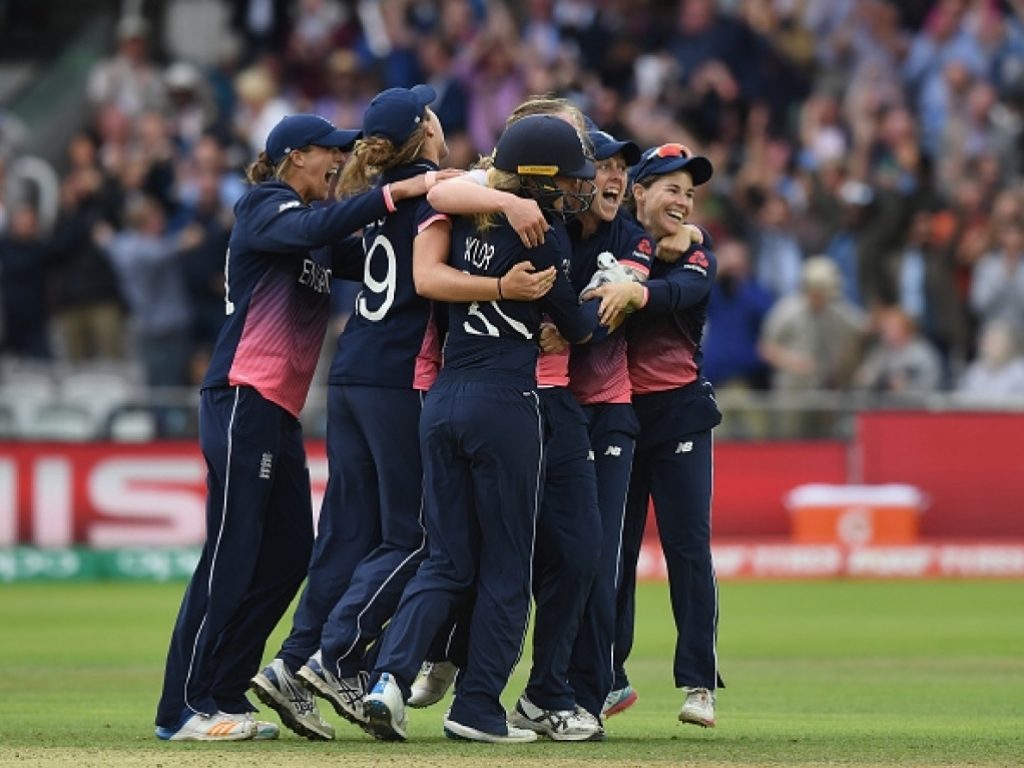 It may have also escaped Graves’s attention that women and girls were present in larger numbers than ever before at the women’s World Cup. And that experience should serve as a good illustration that pandering to the lowest common booze-based denominator to attract an audience isn’t a panacea for success and fails to serve a substantial section of your potential audience.

Whoever has the job of sacking ECB chairmen should be busy right now because Graves isn’t going to get better, is he? How much longer must we put up with this severe and persistent inadequacy, as he blarts out his latest misplaced notions, based on an entire misreading of where we are in cricket, sporting and cultural terms.