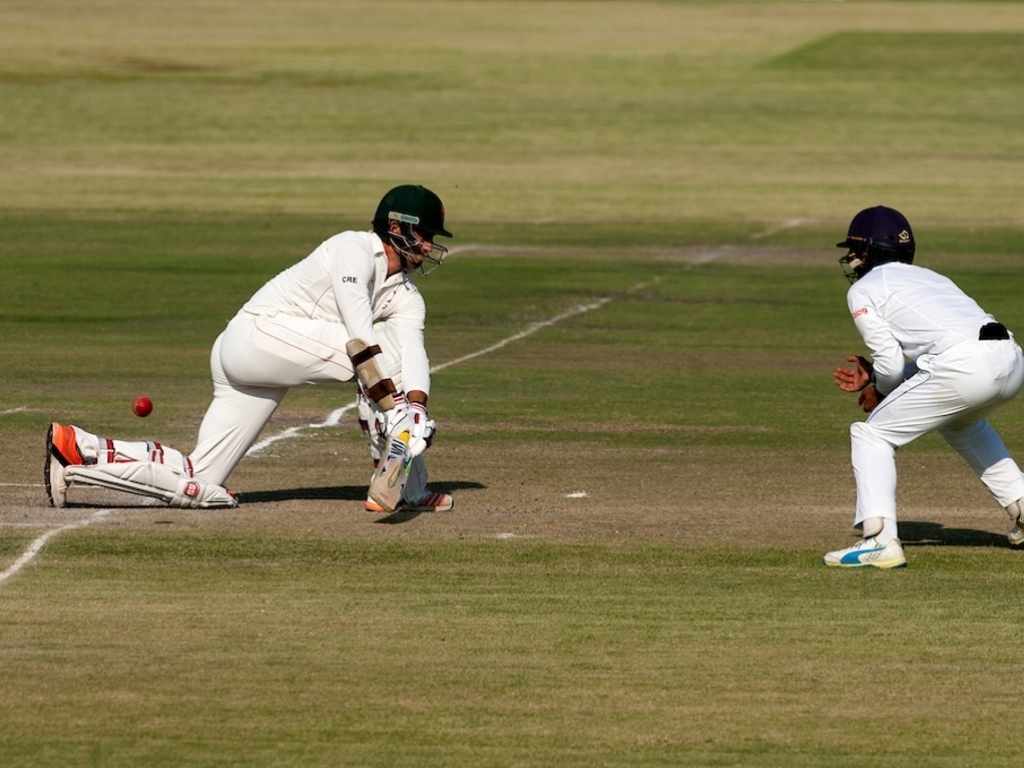 Sri Lanka team manager Asanka Gurusinha has put their inability to bowl Zimbabwe out on day one down to a pitch that got slower as the day wore on.

Gurusinha said the ball did a fair amount early on but as the moisture was leeched out of the pitch it became easier to bat on.

Craig Ervine played a virtual lone-hand for Zimbabwe ending on 151 not out while no other batsman could make more than forty.

Speaking after play Gurusinha said: “The feedback I got from the players was that there was moisture in the morning, so the track did turn a bit, and the ball did a little bit.

“After lunch it settled down so much, and even now, when I spoke to them, they said the ball comes slow off the wicket, and doesn’t do anything. It’s more like an old Premadasa wicket.”

As the day wore on Zimbabwe’s scoring rate increased rising above four in both the afternoon and evening sessions.

Gurusinha put this down to loose bowling from tiring personnel but was grateful for the performance of Rangana Herath.

He added: “We did bowl some loose stuff.

“We were lucky to have Rangana Herath there, but even to him they had time to get on the back foot and pull him, because it wasn’t coming on at the pace we were expecting. Our discussion at lunch was that we had done well in that first session to take four.

“In the second session, we actually discussed that this was a tough session, because the wicket was settling down, and we’ve got to contain as well. To me Zimbabwe got off easy a little in that session. They got some runs, as well as us getting wickets.”

Spinner Dilruwan Perera looked rusty and after claiming an early wicket toiled all day to return figures of 1 for 86.

Gurusinha remarked:  “Dilruwan I don’t think he was his normal self, and that might be because he hasn’t played matches recently,” Gurusinha said. “I’m hoping by the second innings he will get that loop we’re used to seeing, and build that partnership.

“We also expected a little more bounce than this. That bounce is not that good. It’s a bit low bounce. As soon as that happens, the spinners will also struggle. People like Rangana and Dilruwan will do well if there was a little bit of bounce on the wicket as a spinner, but we’ve got to work hard on these tracks and do well.”