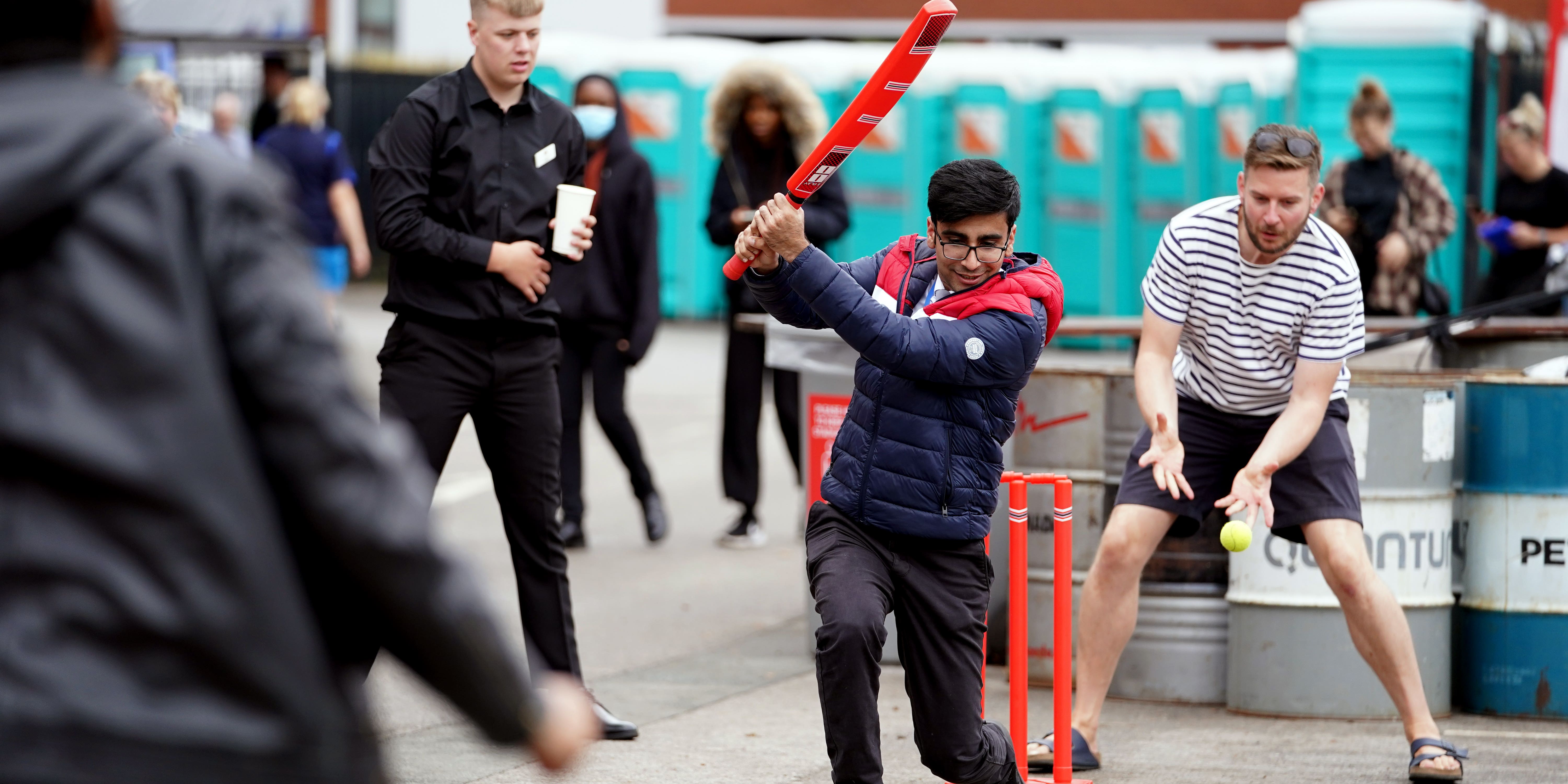 Disappointed cricket fans were juggling feelings of anger and acceptance after travelling to Manchester to find the decisive fifth Test between England and India had been cancelled at the last moment due to Covid-19 concerns.

The hotly-anticipated series decider was due to start at 11am on Friday but just a few minutes before the Emirates Old Trafford gates opened at 9am, news broke that the tourists did not feel able to field a team and the game would not be going ahead.

Many of the 22,000 sell-out crowd found out the news before arriving at the stadium but several hundred did turn up, only to be informed by stewards, security staff and volunteers.

The fan village around the concourse was opened for a couple of hours to allow a place for fans to congregate and although venue staff suggested the majority of attendees had taken the news in good spirits, some of those who made their way inside could not hide their frustration.

Friends Paul and James had made the long journey down from Scotland, travelling from Elgin and Stirling respectively, and expected to lose a considerable amount of money even after ticket refunds.

“The tickets are actually pretty cheap but there’s so much more attached, it’s probably only 10 per cent of what we’ve actually paid out to be here. With four nights in hotel, travel and everything else it could be up to GBP 1000, easily.

“We started playing in Covid last year against the West Indies and Pakistan, no problems. We’ve played four Tests (against India) and been fine all round. There’s definitely something suspicious about this.

“Obviously there is talk about the IPL (Indian Premier League) and the importance of protecting the IPL for the finances and the money.”

James was particularly frustrated having already planned accordingly for the Manchester weather.

“We booked tickets for two days this time because we wanted a guarantee of seeing the cricket. We usually only buy one and it always rains,” he said.

“I’m a football fan and my club, Rangers, recently had five players and the manager isolating for a Europa League game but we had to go ahead anyway. Why should this be different to any other elite sport? There so little consideration for the fans and the other businesses associated to it. It just feels like it should have gone ahead.”

Dave, a Lancashire member, was pondering the prospect of missing out on a memorable moment for Anderson.

“We came here wondering if this might be Jimmy’s last ever Test match,” he said.

There were some phlegmatic views on show too. India fan Jagidish, from Hyderabad but living in Middlesbrough, accepted the pandemic was still throwing up unexpected circumstances.

“It’s disappointing but we understand. As a public we should know it is for everyone’s welfare and for ours too,” he said.

“We have been watching all the matches and had a plan to come here to Manchester, two-and-a-half-hours. The game has not happened, not this time, but maybe next time.”

For Ivan from Cornwall, who had hospitality tickets, it was merely the latest disappointment in his bid to get back to live entertainment.

“This is the third sporting event I’ve come to in a row that has been cancelled,” he said.

“This was going to be a get together for a friend’s 50th but we have to put up with these things at the moment, I suppose. I heard it was going to rain all day anyway so we’ll all have to meet up and do what everything we’d planned to but without the cricket.”