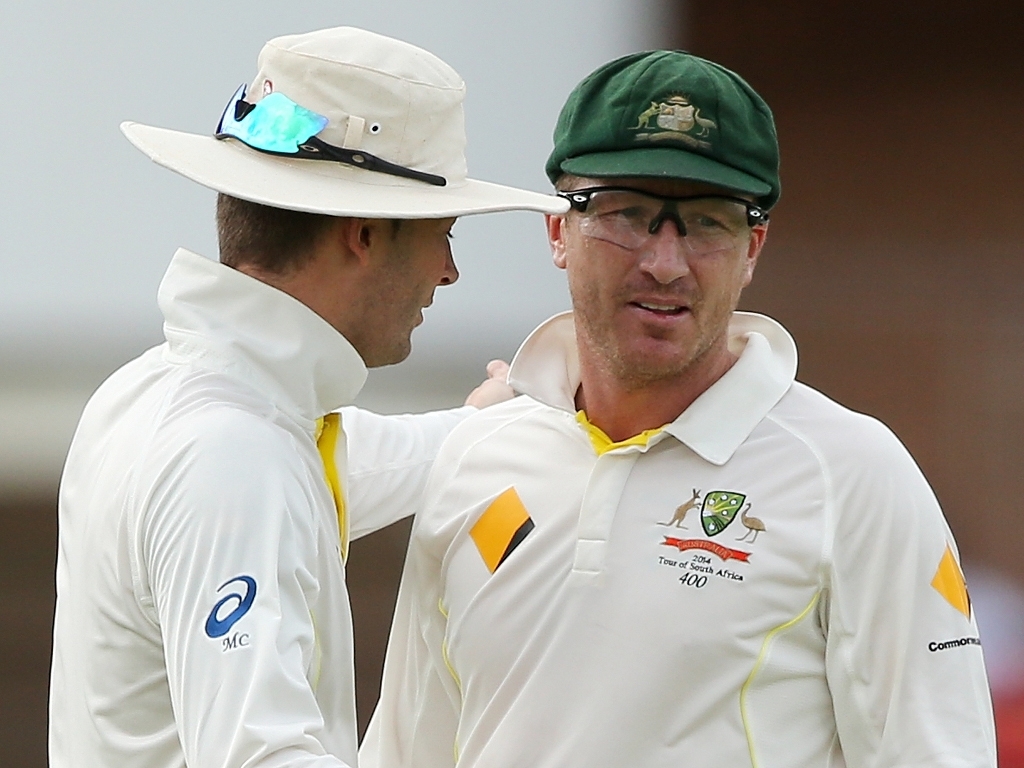 Australia vice-captain Brad Haddin is confident skipper Michael Clarke will be able to take the field against India on Tuesday in Adelaide, recovering from his hamstring injury and getting in the right mental space.

Clarke was a central figure n the Phillip Hughes tragedy this past fortnight, from staying at the hospital with his friend, to helping the family after the batsman's passing, and reading a eulogy at the funeral.

But Haddin is sure that Clarke, who trained with the side on Saturday, will be ready to play on all fronts. If not, Haddin will captain the side, but he feels that's a remote possibility.

Haddin said after training on Saturday: "Michael's been strong for the team for a long time. I think he's a tremendous captain, and we want our captain out there playing.

"All signs are that he's going in the right direction, and like everyone else, we want Michael out there leading our team in the first hour of play here in Adelaide."

The team trained on Friday for the first time since Hughes' death on 27 November, and Haddin said everyone worked hard and tried to work past their fears in the nets, while getting some miles in their legs.

He added: "We just got back to cricket. We can try to complicate it as much as we want, but we went back to cricket training. Everybody did what he needed to do yesterday.

"We got a bit of volume, and a bit of miles in our legs. We needed to feel that cricket hurt in our legs again. So we got that yesterday, and yeah it was a good day back training."

He also said that it wasn't a normal session, given they began with some 'musical chairs'-style dancing: "If you were watching closely, everyone was dancing. When the music stopped we had to dance.

"When it was on we had to run. So that wasn't normal. But it was good fun. It was interesting to see the generation changes, and different moves. Ryno [Harris] and I did the waltz, and Davey Warner was doing the worm."

One big worry, aside from Clarke, was fast bowler Ryan Harris, who had knee surgery in March and only recently returned to domestic cricket. But Haddin said the veteran paceman was firing on all cylinders.

Haddin added: "Ryno was good yesterday. He had good zip. He was his normal negative self [laughs], bowling and asking if he was doing the right thing, asking whether it was coming through good. He had that Ryan Harris zip.

"I was lucky enough to face him for a good 20 minutes, and it was tough work, and it was good to see him back to playing and bowling the way Ryan does. He won't think he was bowling very good, but he had that zip and nip back, which was really good."