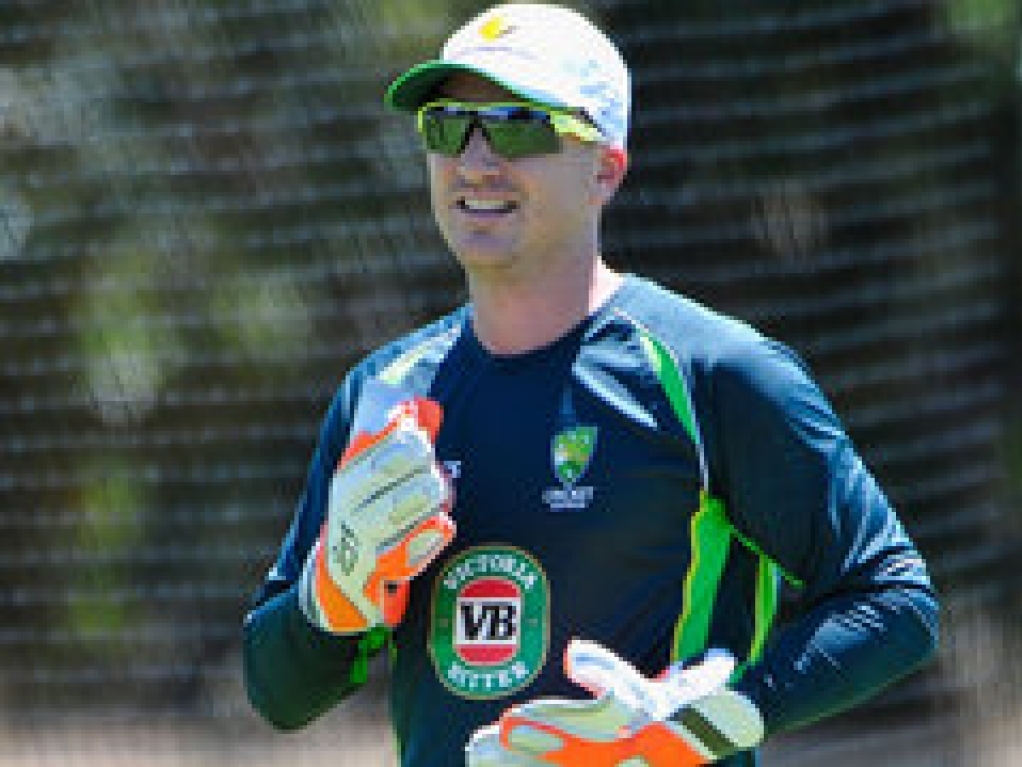 Australia wicketkeeper Brad Haddin has said that they will continue with their aggressive approach on the field, despite the censorship of batsman David Warner after his altercation with India's Rohit Sharma in their last match.

Warner, who was widely condemned for his outburst against India, was also involved in similar incidents during the Test series against the same opponents.

The left-handed opener was fined half his match-fee and he was given a stern word by Cricket Australia CEO James Sutherland.

The Australia cricket team has a history of sledging, often using it as a tactic to get a batsman to lose concentration. Senior stateman Haddin believes there is no need to change the team's approach.

The 37 year-old Haddin said: "We have a clear message of where it's all at. We know the brand of cricket we want to play and Davey's no different to all of us. We're out there to compete.

"The umpires are there to do their job and they'll adjudicate on anything they see that's unfit and not in the spirit of the game.

"Every Australian team I've played in respects the game of cricket and respects the opposition. We're pretty comfortable with the way we're playing."

The next ODI in the tri-series will be between the hosts Australia and England at the Bellerive Oval in Hobart on Friday.