Haddin confirms retirement, has ‘no regrets’ 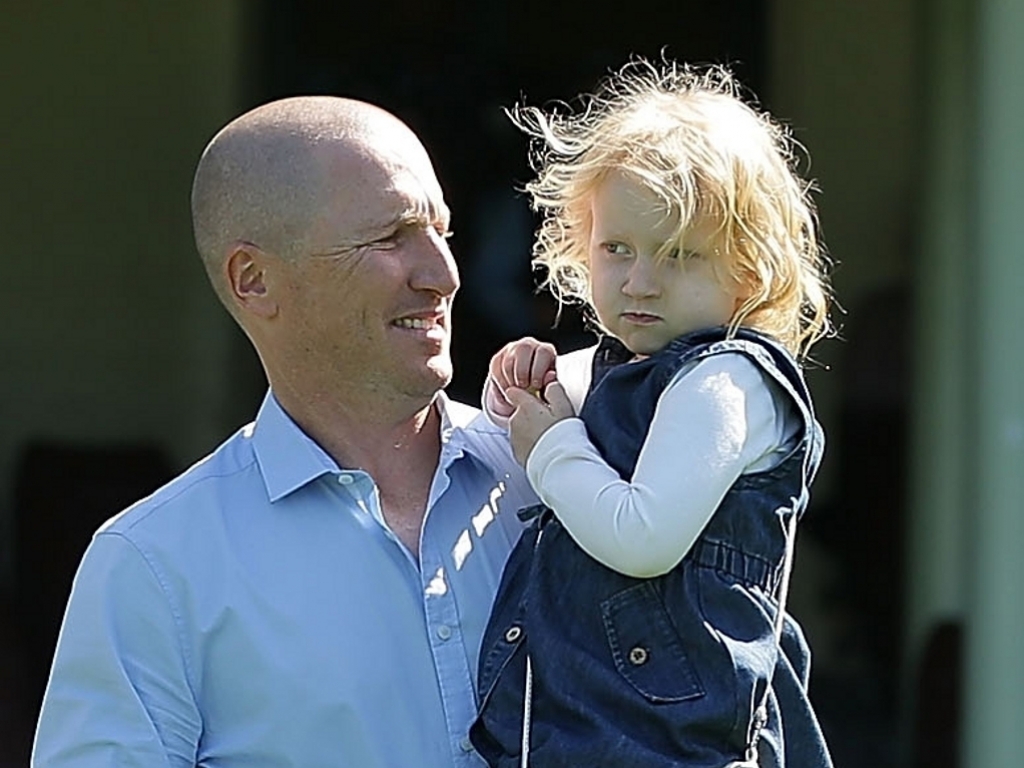 Veteran Australia wicketkeeper Brad Haddin has confirmed his retirement from the international game, saying he has no regrets about leaving the Ashes tour to be with his family.

Haddin's retirement was all but a done deal, and he confirmed his decision on Wednesday at the SCG. He had withdrawn from the second Ashes TEst at Lord's two months ago to be with his daughter, Mia, who was ill.

The little girl, now four, was diagnosed with cancer at 17 months, and Haddin missed a hefty chunk of cricket then too, and when her illness needed attention again, he pulled out of the Test, and later left the tour.

His place was taken by Peter Nevill, and while HAddin was available for the third Test, he was not selected, and he says he was fine with that, and wouldn't change anything, as that tour was probably his last anyway.

Haddin said at his announcement at the SCG: "I'm not dirty … I'm no different to any other parent in Australia. Everyone puts their family first and I have no regrets about doing that.

"To me, it wasn't a choice. I remember saying to [wife] Karina at the hospital that I'll never play again. She said there was still three Tests to go but cricket is a big business/sport and I'd put myself in a position where I was vulnerable because I walked away.

"I could live with that because I was needed somewhere else and it was a place that was far more important for me. My family needed me at that time and the reality is I was unable to take the field for Australia with the 100% focus I needed.

"I understood the consequences that went with my decision; I put myself in a position to lose my spot and I don't regret that, not one bit. I wouldn't change one thing because I don't regret one thing that happened."

He added of Mia's progress now: "Mia needed surgery [in Sydney] a couple of weeks ago. She had some internal bleeds … but everything is going in the right direction. She's a normal four-year-old girl and the surgery will allow for her to enjoy a better quality of life."

The decision to leave the your was made easier when he realised he wasn't going to be picked for the third Test. Chief selector Rod Marsh had tried to soften the blow by taking of shared duties with Nevill, but Haddin demanded straight talk.

He added: "I've been in cricket long enough to know when you're about to be dropped because people start talking to you differently.

"I remember saying to 'Nev', 'I'm not playing in this third Test, you're in' and he said 'no, no' but I said I'd ask Rod because we needed to sort it out. Pete hadn't kept much in England and I thought if he was playing in the Test he'd need to get used to the conditions.

"What was meant to happen was Rod said we'd share the keeping in that match and I said 'Rod, I've been around for 15 years, if you want me to go out and give you the energy, the perfect keeping game, I'll go and do that but if you know what's going to happen cut the bullshit and tell us – don't play one off against the other because you know after 15 years what I can do'.

"In the end I made the call. I'm not there to muck around, we were there to play for Australia and we had to prepare the best we could and that meant Nev had to keep.

"My thought was we were halfway through an Ashes series and this idea about one of us keeping for the first 30 overs when they knew what the decision was, well I thought let's get on with it, you've made your decision and that's how it unfolded."

Haddin hasn't retired completely though, and will play in the Big Bash League for the Sydney Sixers. He's the fifth Australian to retire in the past few months.