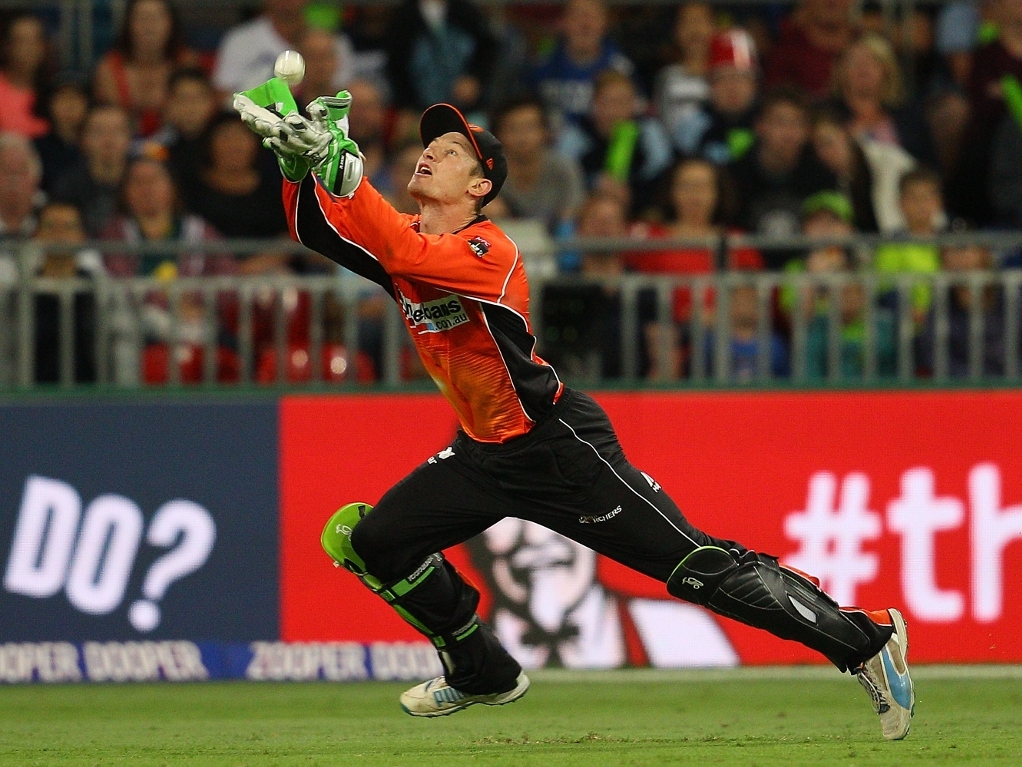 Former Australia wicketkeeper Brad Haddin was critical of the selectors' decision to start with Cameron Bancroft behind the stumps in the third T20I against India on Sunday.

The 23 year-old Bancroft was given his international debut in Sydney even though he is not a regular keeper and only just started his duties behind the stumps season for the Perth Scorchers in the T20 Big Bash League.

The Aussie selectors were keen to get Bancroft, an opening batsman, involved in the national squad as they see him as a permanent fixture in future squads, especially in the Test team.

The now 38 year-old Haddin though feels that specialist keepers such as Tim Paine and Peter Nevill should have got the nod for the India game.

Haddin told Sky Sports Radio on Monday: "I'm a bit shocked with the decision to play Bancroft, because Tim Paine had a really good Big Bash, and Peter Nevill's keeping has been outstanding.

"His batting's been faultless because he hasn't had to bat all summer. I think [Bancroft] is a tremendous character and a tremendous opening batter, I think it was a big call giving him the gloves, he only had a couple of games in the Big Bash.

"My feeling's that you should pick the best keeper, especially with the World Cup coming. Bancroft's a part-time wicketkeeper, so I don't know how Tim Paine and Peter Nevill are feeling this morning.

"My take's always been is it's a specialist position, the same as a spinner or an opening bowler, so you pick your best wicketkeeper."