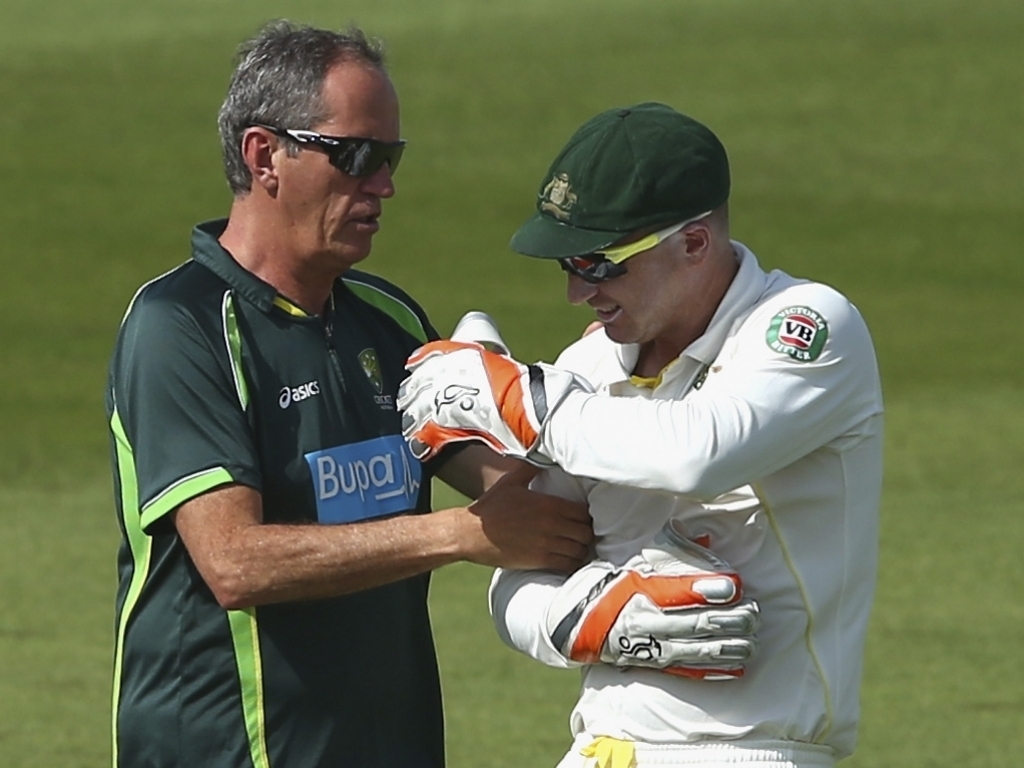 Cricket Australia have confirmed that veteran wicketkeeper Brad Haddin has been ruled out of the remainder of the ODI Series against South Africa, and is in a race to be first for the first Test against India.

Haddin injured his shoulder while diving for a catch against Pakistan recently, and has not recovered from the joint injury in time. He had originally been rested for the first three ODIs anyway, but now has been ruled out completely.

"He has improved and responded to treatment since returning from the UAE but has not recovered sufficiently to return to training and therefore he has been declared unfit for the remainder of ODI series against South Africa.

"Whilst it is disappointing that Brad will miss the ODI series, the CA medical team are still hopeful that he will recover in time for the first Commonwealth Bank Test against India."

In the meantime, the gloves have been taken up by Matthew Wade, who now stands a chance of making a return to the Test side as well, if Haddin cannot recover by 4 December's encounter in Brisbane.