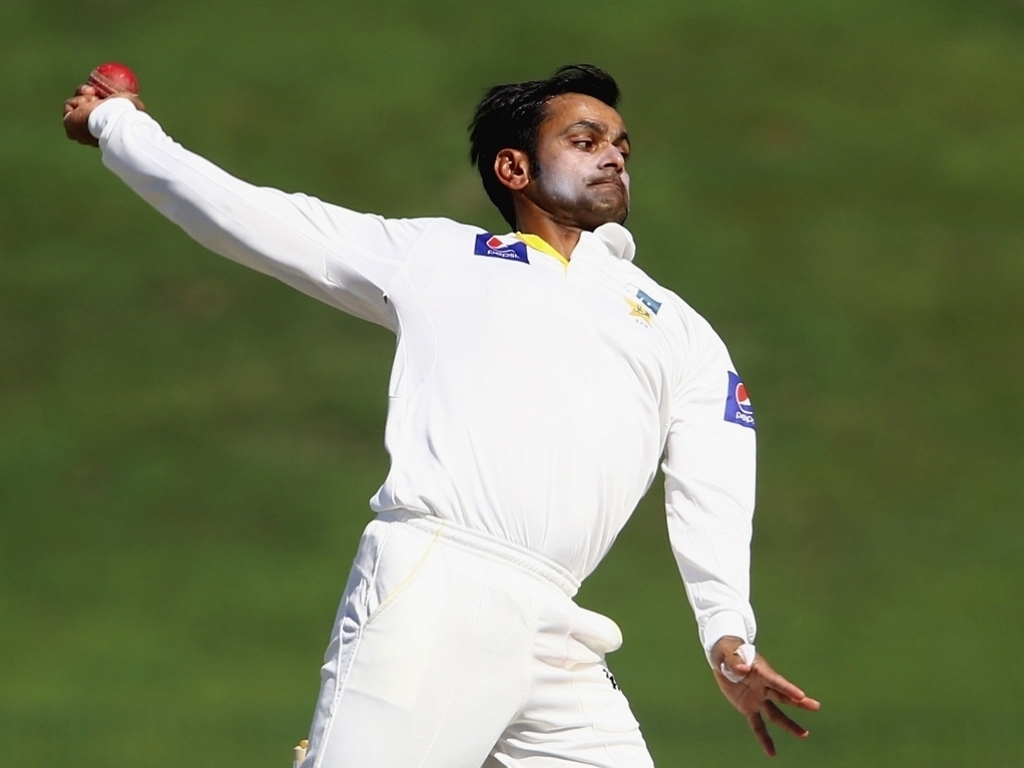 Pakistan all-rounder Mohammad Hafeez has left the tour to the UAE to face New Zealand, and will go to England for testing after his bowling action was reported to the ICC after the Australia Test series.

Hafeez thus missed the second Test in Dubai, and will have to present himself at the testing centre at Loughborough on 24 November. He will then return to the UAE in time for the third Test.

Moin Khan, the team manager said: "Allrounder Mohammad Hafeez is returning back home from where he shall proceed to Loughborough University, the latest of ICC accredited facilities for testing on bowlers with suspect actions, on November 23 for his appointment for tests on November 24.

"After tests at Loughborough, Hafeez shall fly back directly to Dubai from Birmingham on Nov 25. If physically fit, he shall be in contention to regain his spot for the third Test against New Zealand at Sharjah."

If Hafeez is found to be breaking the rules for elbow flex (more than 15 degrees), he'll join fellow Pakistan spinner Saeed Ajmal on the sidelines. He'll have to remodel his action and undergo new tests before he can return to international action.