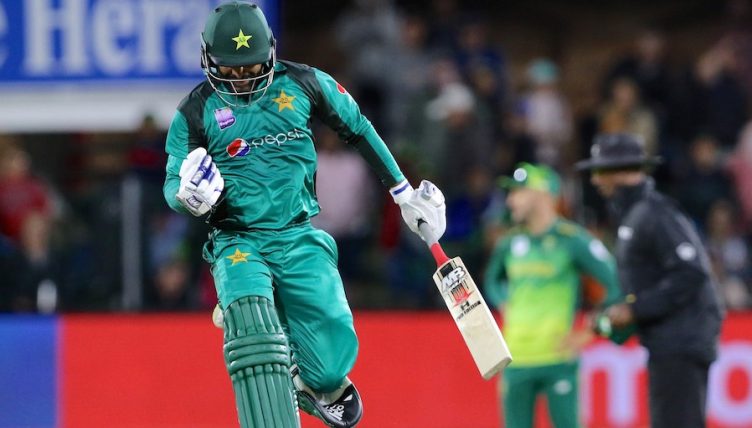 The hosts won the toss and elected to bat, with Hashim Amla’s unbeaten 108 helping the Proteas reach their final score of 266 for the loss of just two wickets in their 50 overs.

Amla was well supported by debutant Rassie Van Der Dussen, who made 93, with Reeza Hendricks also making a useful 45.

In response, Imam-ul-Haq scored a composed 86, with Babar Azam adding 49. Despite losing two quick wickets, Mohammad Hafeez steadied the Pakistan innings, scoring a crucial 71 not out to see his side over the line.

Both sides’ bowlers had limited success on what appeared to be a batsman-friendly wicket with just seven wickets falling in the match. South Africa ODI debutant Duanne Olivier finished with the best figures, two for 73.