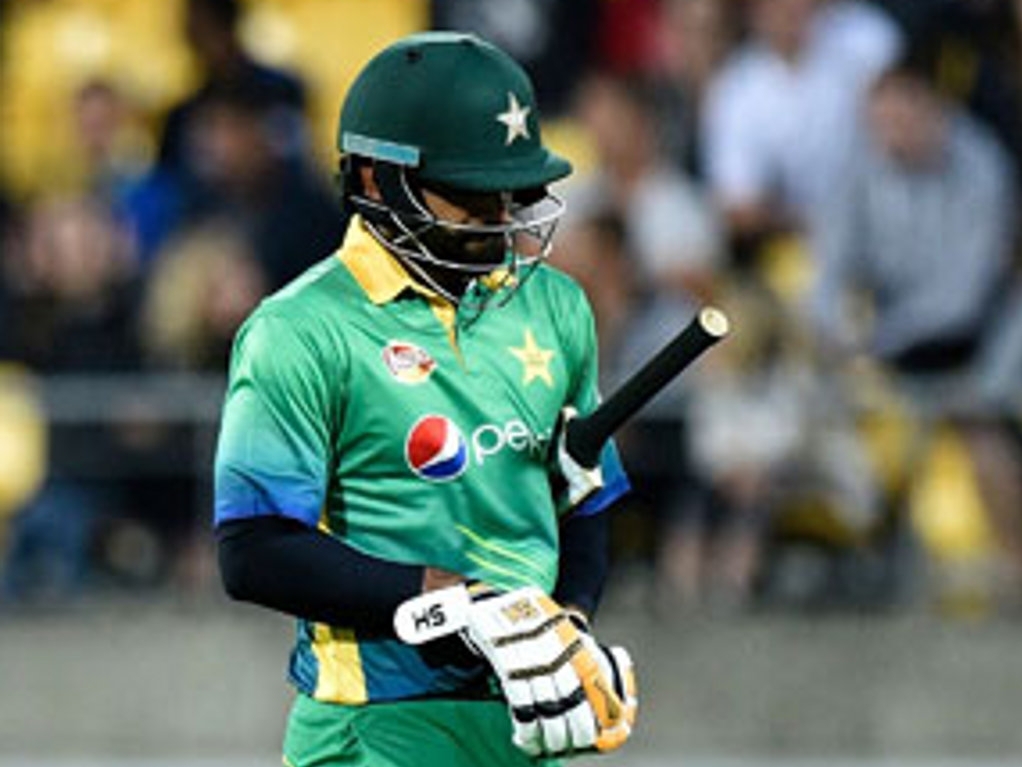 Pakistan are set to be without batsman Mohammad Hafeez for their World Twenty20 match against New Zealand as he's picked up a knee injury, while paceman Wahab Riaz is also a doubt.

Hafeez is set to miss the game after scans showed a strained ligament in the right knee. While Hafeez has not fired with the bat in recent matches, his absence will be felt due to his experience.

Dr Sohail Saleem, Pakistan's team doctor, said of Hafeez: "The senior batsman complained of pain in the right knee a couple of days ago.

"He was administered physio treatment several times but the pain didn't subside. On examination he was suspected to be having a strain of one of ligament in his right knee.

"He was sent for an MRI immediately after arrival in Mohali from Kolkata. The MRI report received today revealed bone contusion/edema in the inter-condylar region of the femur. There was also minimal amount of fluid in the knee joint.

"He would be further inspected on Tuesday, but it is likely that he would not be able to take part in the match against Black Caps."

Wahab, meanwhile could be rested as a precaution after being struck on the head by a wayward throw during training on Monday. A CT scan showed he was fine, but he will be monitored until the game.

Dr Saleem said Wahab had "mild swelling but no loss of consciousness, vomiting or delusions and he was very well oriented in time and space.

"His strength and reflexes were also found to be normal. He himself walked over to the dressing room from the ground.

"Subsequently he was taken to a medical facility for C.T. Scan as a precautionary measure, which confirmed that there was no fracture in the cranium and pericranial soft tissue appeared normal.

"He was also seen by a neurologist at the same hospital, who declared him normal. Wahab is being kept under supervision of the team doctor and physio overnight in his hotel room."