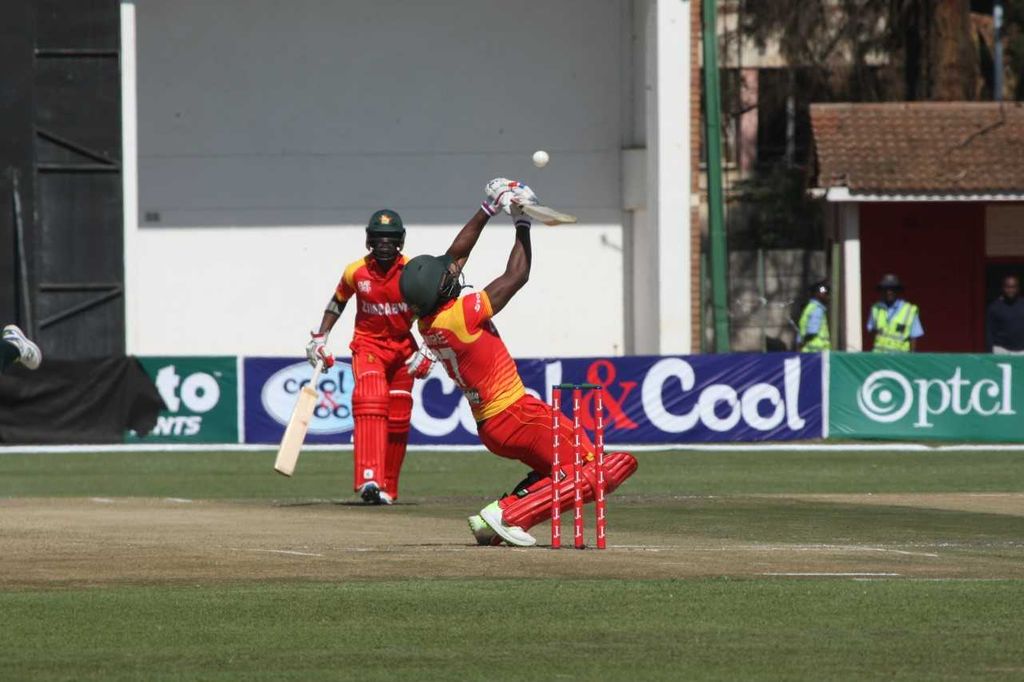 Zimbabwe captain Hamilton Masakadza has urged his team to apply themselves better after going down to a heavy defeat against Pakistan in the opening game of the T20I tri-series in Harare on Sunday.

The hosts had won the toss and elected to bowl first but conceded a total of 182/4 in their 20 overs before slumping to 108 all out to give the Asian side a comprehensive 74-run victory.

It was always going to be tough for Zimbabwe as they are without some of their best players due to a pay dispute with the board while a further blow was had in the field when seamer Kyle Jarvis suffered a suspected broken thumb.

Jarvis had bowled two overs for just nine runs in his opening spell before he left the field.

Masakadza said after the game: “Only bright point was winning the toss. We gave them 20 runs extra. It was not ideal that Jarvis went out injured as well.

“We started okay but we lost our way in the middle period. Our batting order was fine, but the execution was a problem.

“Just the first game of the series. We don’t need to make changes in the team yet, but we need to apply ourselves better at the top of the order.”

Zimbabwe’s next game in the tri-series is against Australia on Tuesday.