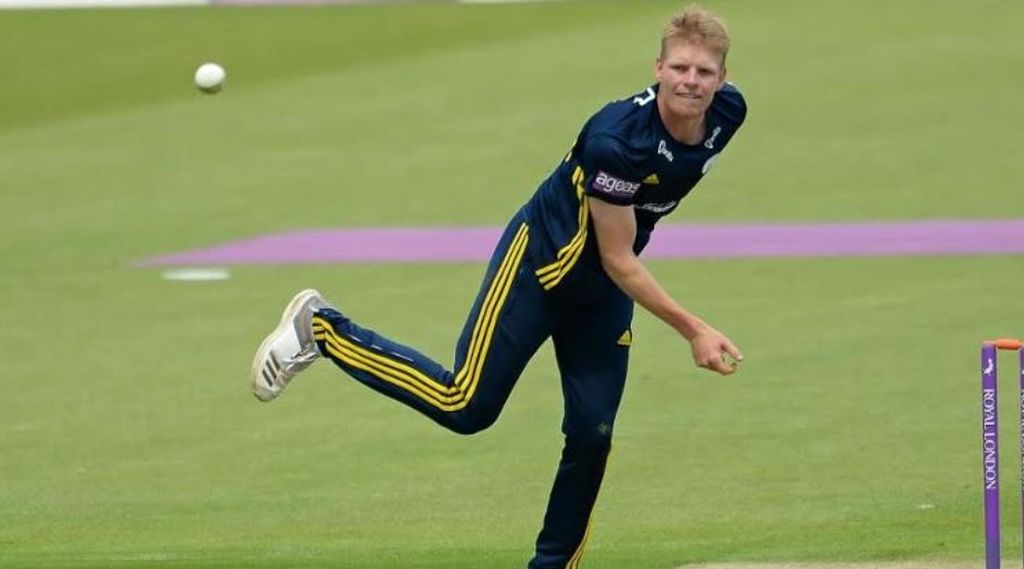 Hampshire have announced the signing of Brad Taylor on a new contract extension.

Taylor, an Academy product who has moved through the Hampshire ranks in recent years to make six first-class and 23 limited-overs appearances in his career so far, has committed his future to the Ageas Bowl until at least the end of 2019.

The 21-year-old enjoyed a breakout Royal London One-Day campaign contributing with both bat and ball in the 50-over triumph this year, and His consistent spells and valuable middle-order runs saw him cement his place in the List A side, before an unfortunate injury cut short his season before the start of the 2018 Vitality Blast campaign.

Hampshire Cricket Director of Cricket, Giles White said: “Brad is an exciting prospect and we’re pleased to extend his stay at the Club. He’s had success at each level he has played at having come through the youth and Academy sides, and has continued to demonstrate his skills with both bat and ball with a particularly strong showing in this year’s 50-over competition – this extension gives him further opportunities to develop his game.

Taylor became the youngest Hampshire player in 146 years to feature for the Club when making his debut in August 2013, aged just 16, and he has continued his development both through the First-Team and as an integral part of the Second XI.

The off-spinning all-rounder has also represented England U19s as a youngster, featuring in three Tests and 22 ODI’s whilst also skippering their tour of Sri Lanka in 2015.

Taylor said: “I’m delighted to sign a new deal with Hampshire and it’s great that the Club have shown faith in me – I’m looking forward to working hard on my game again this winter and heading into next year fit and raring to contribute.”