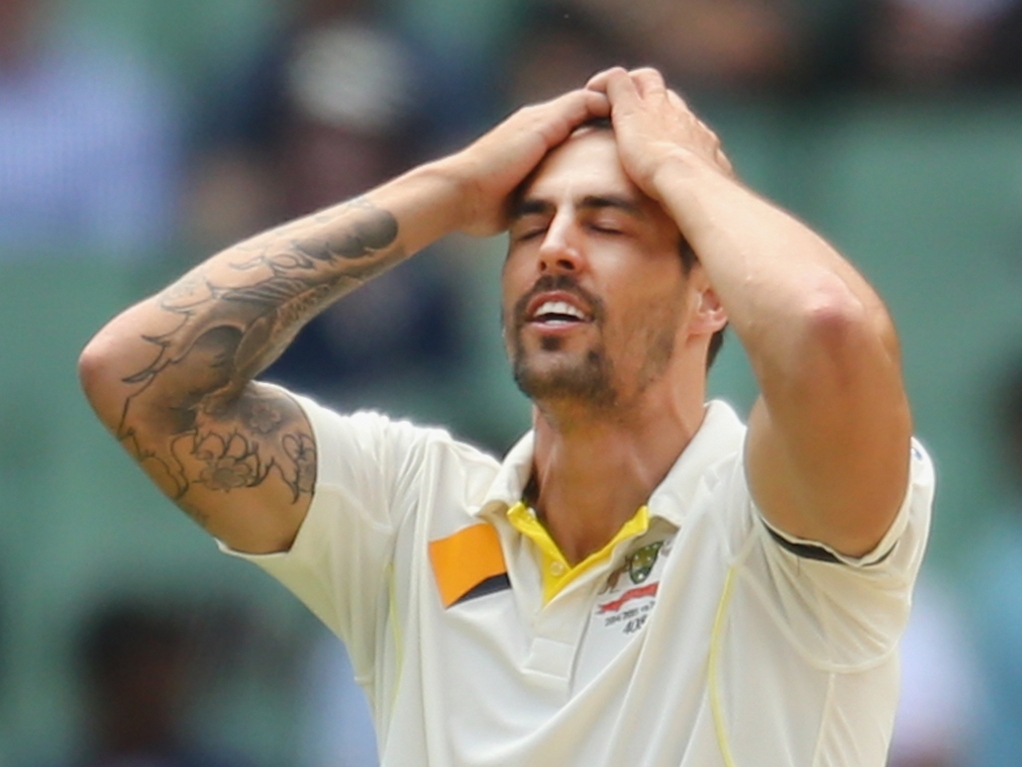 Australia have opted not to risk Mitchell Johnson's fitness ahead of the World Cup and have left him out of the reckoning for the fourth and final Test against India in Sydney this week.

Johnson did not attend training on Saturday, nor the pink cap photo call, and it was confirmed on Saturday night that the paceman's hamstring soreness would not be allowed to get worse by playing.

CA physio Alex Kountouris said: "Mitchell had some right hamstring soreness during the Boxing Day Test and we have been closely monitoring his recovery since that match but feel he has not fully recovered.

Coach Darren Lehmann added: "Mitchell is an important part of our plans for the remainder of our summer and we want him 100% right so won't be taking any risks with him.

"We believe it is best for Mitchell to take this opportunity to freshen up and get his body fully fit ahead of the tri-series."

Australia have already won the Test series, so the match at the SCG presents a chance for Mitchell Starc to get a game, or for Peter Siddle to be recalled. The tri-series against India and England starts on 16 January.