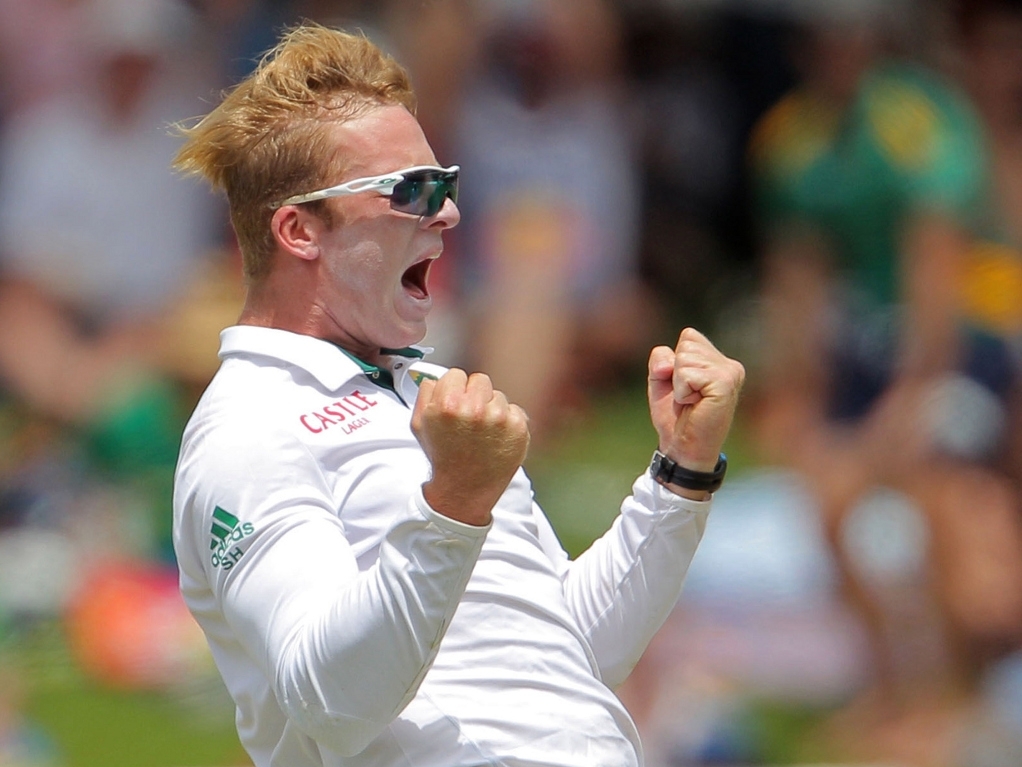 South Africa debutant spinner Simon Harmer has been riding an emotional roller-coaster that made its way to Newlands for the third Test against the West Indies, which started on Friday.

The 25-year-old was openly emotional at hearing the news of his inclusion in the Test squad prior to the match, and since then a Test cap and three wickets on debut have added to the euphoria.

"The last three or four days have been an emotional roller-coaster," he said to the media after picking up 3/67. "Not being included in the squad, then getting a call to say I have been included to join the team; I know its cliche but I have always wanted to play for my country since I was four.

The off-spinner joins a growing list of Test debutants to have excelled on the international stage, including Stiaan van Zyl, and credits Cricket South Africa’s domestic set-up for the quality of the players coming through.

He added: "It must be the level and standard of cricket at domestic level. If you look around the world at the different domestic competitions I think South Africa is right up there.

"I think the structures that Cricket South Africa have put in place have contributed towards that and I think with South Africa being the No.1 Test playing nation in the world, there is a lot of pride and honour that goes with playing for your country."

Harmer also relished playing in front of a near-capacity Newlands crowd which is also set to fill the stands for the rest of the match.

He said: "I tried to take in as much as I can. I've been told that playing at Newlands is the Test that you want to play in South Africa. It was nice having a 90 percent crowd here today and even nicer having them on your side.

"A lot of the times when I have played here for the Warriors against the Cobras the crowd was against me so to play here; packed house, playing for your country, with everyone behind you was quite special."