Home News Harmer: There is still a lot of cricket to be played

Harmer: There is still a lot of cricket to be played 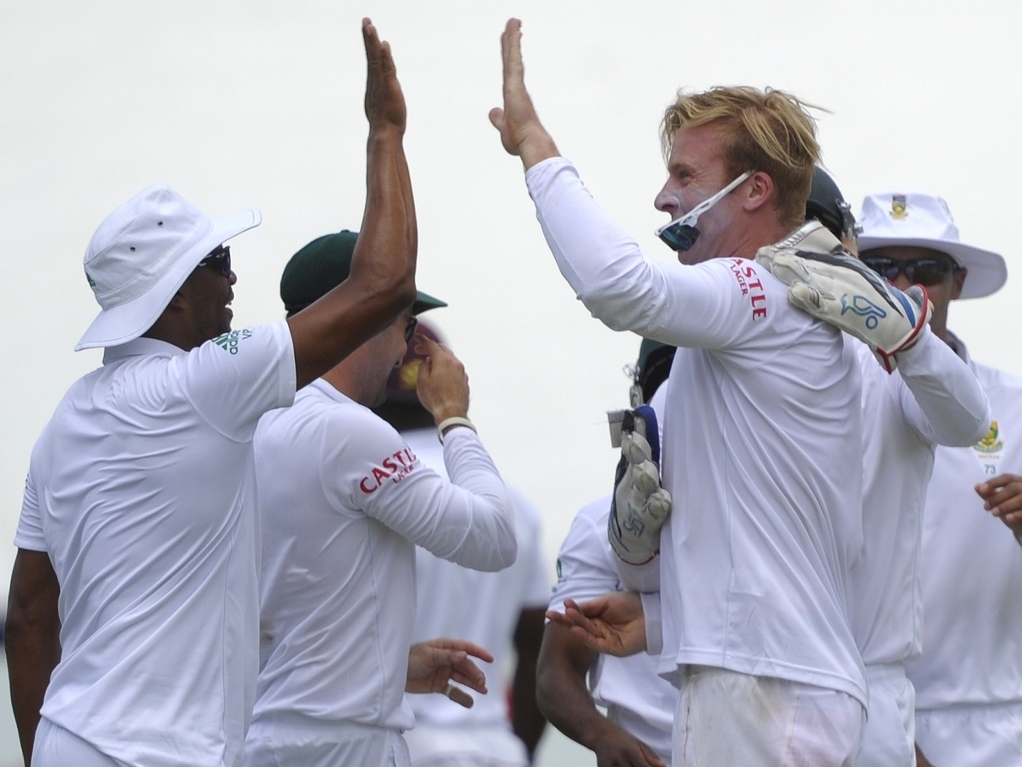 South African spinner Simon Harmer believes there is still a lot of cricket to be played before the Proteas can think about winning the first Test against Bangladesh in Chittagong.

The Proteas were on 61 without loss when bad light and then rain brought an early end to proceedings on Day three with the visitors still 17 runs adrift of setting the Tigers a fourth innings target.

It was an overall better day for the tourists as they bowled the hosts out for 326 after they resumed Thursday morning on 179 for four. The Proteas were 248 all out on Day one.

A right-arm offspinner, Harmer toiled hard to record figures of three for 105 in 35 overs on a pitch that is getting lower and slower.

After the day's play, Harmer said: "Dean (Elgar) and Stiaan (Van Zyl) did a good job today evening to go unscathed in that last session especially with the bad light and the rain around.

"I think the first session is going to be our target tomorrow. It's been nice to see how much the wicket has deteriorated as a spinner.

"And I think we can't look too far ahead in terms of target and stuff like that because there is still a lot of cricket left to be played in this game."