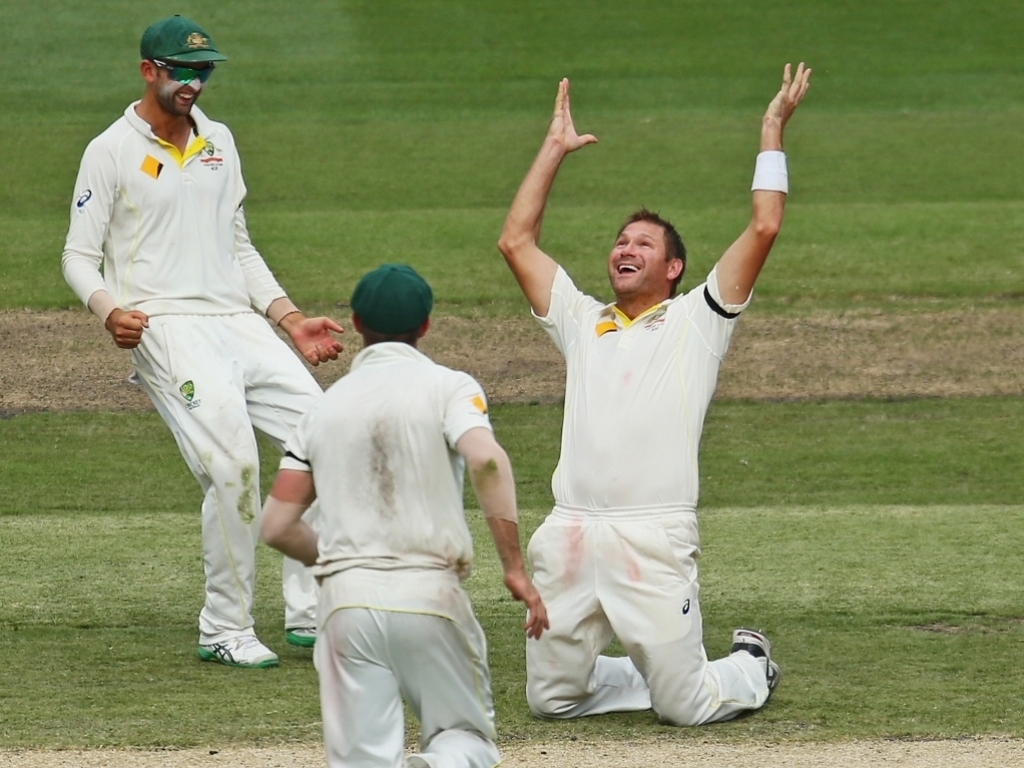 Australia fast bowler Ryan Harris was satisfied with the way they bowled at India on the third day of the third Test at the MCG, despite the tourists scoring 354 runs in the day to reach 462 for eight at stumps.

Australia were staring down the barrel while Virat Kohli and Ajinkya Rahane were going on their merry way in a partnership worth 262 for the fourth wicket. However, Australia fought back with five wickets in the final session to leave the game relatively even with two days remaining.

Harris, who was the pick of the bowlers with four wickets, said: "The wicket is pretty flat, and it gets tougher for bowlers as the ball gets older.

"The Indians' intent was really good, today. They batted well, and the credit goes to them. Anyone who says Tests are boring should watch this series."

The 35-year-old paceman also spoke the about his side's disappointing fielding on the third day. Australia dropped at least four catches as India scored quickly in the session between lunch and tea.

He said: "We wanted to stick to our plans and build the pressure. All in all, Steven Smith is happy with our bowling, but he is very disappointed with our fielding.

"It could have made it a totally different day if we had done better on the field. We should have taken our chances. It was very disappointing the way we fielded. As a group, we can't keep giving Rahane and Kohli those chances."

Harris still feels that the Aussies are in a decent position in the game to force a result, brushing off claims that they would settle for a draw to clinch the series with one match remaining.

He said: "We managed to get into the lower-order. They batted pretty well, but the fact that we got late wickets helped. The quicker we get them in the morning, the better. We have to get the wickets as soon as possible in the morning.

"We are always trying to get a win, that's what we will try tomorrow. Historically, chasing here is not easy. We have to bat well, then we'll see where we will go with the target."