Harris to shadow Lehmann during Ashes 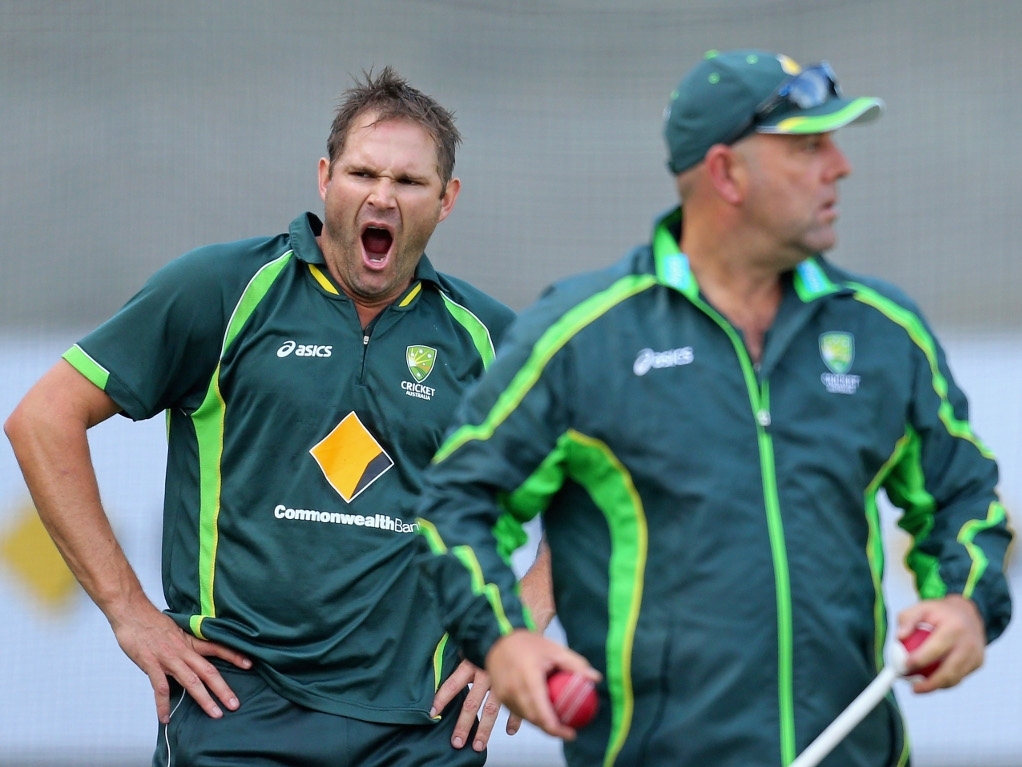 Recently retired Australia fast bowler Ryan Harris will be sticking around the side for the next while, saying he will be keeping an eye on how head coach Darren Lehmann runs the show, with a possible view to going into coaching himself.

Harris retired last week, just a few days before the first Ashes Test, after it became clear that his long-term knee injury would not allow him to play as he'd have liked. He had undergone knee surgery at the start of the year.

With the future wide open, Harris said that thinking about solid plans was still a bit painful, he was looking to get more experience with the coaches, both with Australia and his State side Queensland.

Harris said on the CA website: "I'll sort of try and take in as much as possible from Darren, which I do normally anyway, and the rest of the coaching staff.

"Probably more what happens off the field, when you're (playing) out there. How to prepare stuff."

Of a gig at the Bulls, Harris said he'd already chatted to coach Phil Jacques: "He's said I'm welcome to get in there. I'll sit down and speak to him when I get home and see exactly what I want or whether that fits with them.

"It's not like because I've played Test cricket I'm a fully qualified coach. There is a lot to learn."