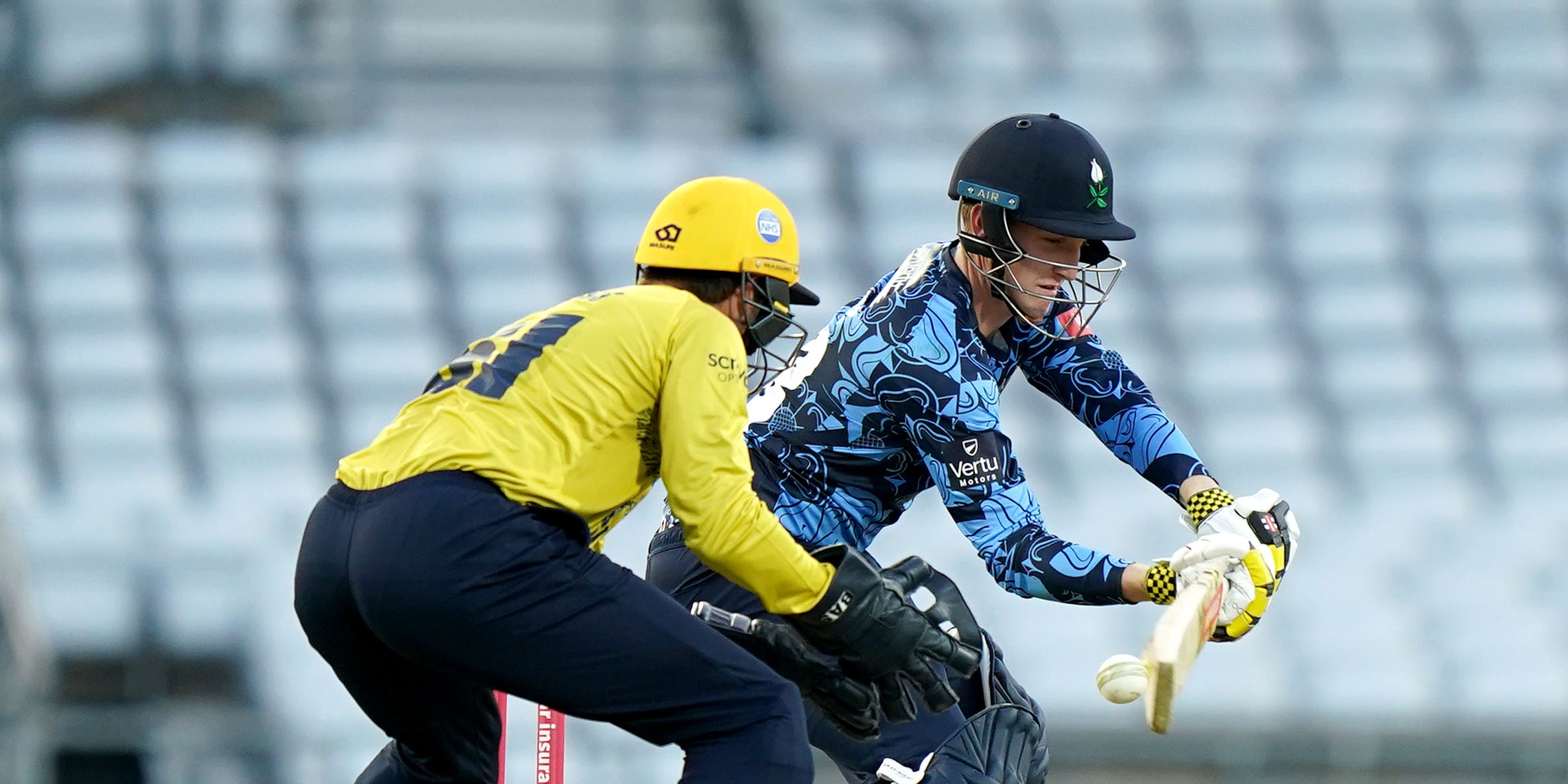 Harry Brook and Jordan Thompson shared a Vitality Blast record sixth-wicket partnership of 141 to help Yorkshire recover from 15 for four to beat Worcestershire by 12 runs at Headingley.

Brook smashed an unbeaten 83 off 54 balls and Thompson hit 66 not out off 28 deliveries as the Vikings amassed 191 for five after Dillon Pennington had earlier taken four wickets in his first eight balls without concession.

Not only did this 56-ball alliance produce the highest sixth-wicket partnership in the tournament, it was also the second highest ever in the world for that wicket and helped Yorkshire secure top spot in the North Group with a fifth win in seven games.

Riki Wessels’ 77 off 45 led Worcestershire’s spirited chase as they finished on 179 for five, with Ben Cox making an unbeaten 61.

Northamptonshire recorded their first win of the campaign, hammering Durham by nine wickets at Emirates Riverside.

Adam Rossington and Ricardo Vasconcelos broke the Steelbacks’ highest opening stand to chase down 158 with ease.

Vasconcelos notched his highest T20 score of 78 not out to drive his side over the line while Rossington compiled 59, ending Northamptonshire’s winless run in the competition at the seventh time of asking.

Fine bowling from Mohammad Nabi and Graeme White limited the home side to 157 for five, with the two spinners claiming two wickets apiece as Sean Dickson was the only Durham batsman to look comfortable on the wicket in an unbeaten 51.

Jack Leach picked up three wickets on his T20 debut as Somerset eased to a convincing seven-wicket victory over Surrey at the Oval.

Nine years after playing his first game for the county, the 30-year-old England slow left-armer took three for 28 – including top scorer Will Jacks for 65 – to help restrict Surrey to 146 for eight.

Somerset lost Tom Banton cheaply but James Hildreth and 19-year-old academy graduate Will Smeed broke the back of the chase with a second-wicket stand of 103, Somerset’s second-highest for any wicket in T20.

Hildreth celebrated his 200th T20 appearance with an unbeaten 72, made off 59 balls with nine fours and two sixes, as Somerset wrapped up their second win in the South Group with eight balls to spare.