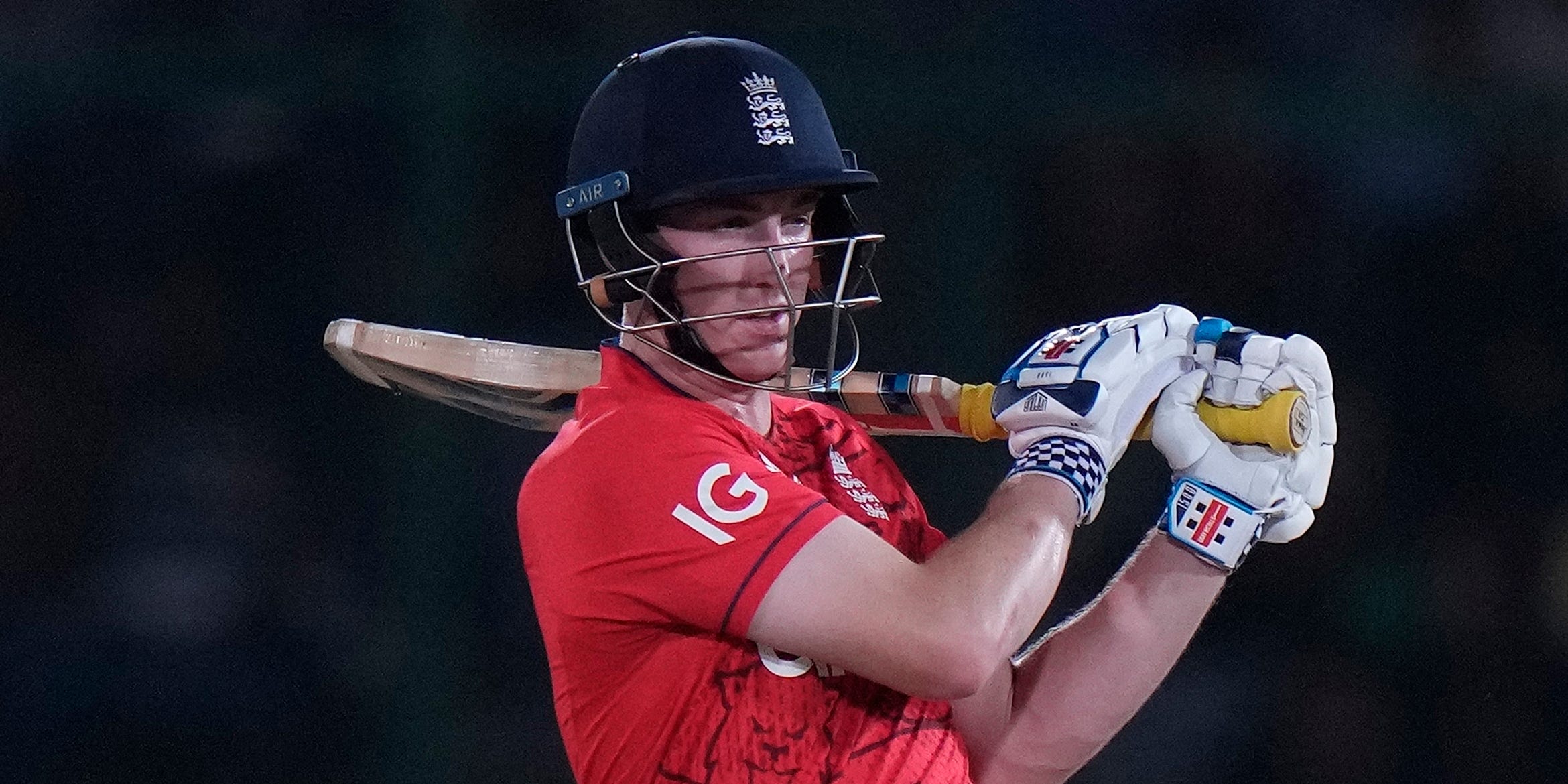 Harry Brook’s outstanding start to England’s tour of Pakistan may already have him “nailed on” for a spot in England Twenty20 World Cup side, according to former captain Nasser Hussain.

Brook arrived in Karachi with just four caps under his belt and eager to take advantage of whatever chances came his way ahead of next month’s tournament.

But the 23-year-old has been a revelation so far, scoring 154 runs in three knocks, with a punishing strike-rate of 194.93 and eight sixes to his name.

His 81 not out in Friday’s 63-run win occupied just 35 balls and showcased his enviable range of scoring strokes, from clean hits over the covers, ramps over his shoulder and big blows over mid-wicket.

And it left Hussain certain that he has elbowed his way to the front of the queue for the final spot in the middle order.

“Going into this series, you were thinking, ‘How do we get Brook into the World Cup starting XI?’. I can’t see how you can leave him out now, I really can’t,” he told Sky Sports Cricket.

“For me he’s absolutely nailed on in the number-five spot for the first game in that World Cup. He’s going to be a superstar in all formats.

“He’s 360 degrees, but in a different way to some, there’s no area where you’re safe. Batting at five is not an easy position to come in, you ask anyone where they’d like to bat and it’s in the top two or three. But every time he’s come in at five he’s been prolific. He is that good.”

Should the Yorkshireman receive the kind of backing Hussain feels he is due, it could see Moeen Ali nudged down the order. But, as Brook’s captain in the absence of the injured Jos Buttler, Moeen has nothing but praise for his young team-mate.

“Brooky is showing how special a player he can be. He looks an amazing player and hopefully he grows and becomes one of those top, top players,” he said.

“The future is amazing for England cricket with the players we have coming through.”

Brook offered a simplistic view of his own approach at the crease and his prodigious ability to score to all parts of the ground, depending on what comes down at him.

“I’m just trying to play on instinct, really,” he said after collecting his first player-of-the-match trophy.

Brook was not the only member of England’s next generation to show off his skills in the third match of the series. Surrey’s Will Jacks made his debut after replacing Alex Hales at the top of the order and showed he has the skills to thrive on the big stage.

He cut loose with 40 in 22 deliveries in his first innings as an international cricketer and, although he is not in the World Cup squad, he is eager for more chances to impress.

“It’s a moment I’ve worked very hard for and dreamt of my whole life,” he said.

“I’m pretty happy with how I played, I would have taken that at the start of the innings. International cricket is unfamiliar to myself, I don’t know what to expect or how I’m going to hold up, so it’s good to have confidence coming into it. I’ve given myself a little bit more now and hopefully I can do it again going into the next game.”