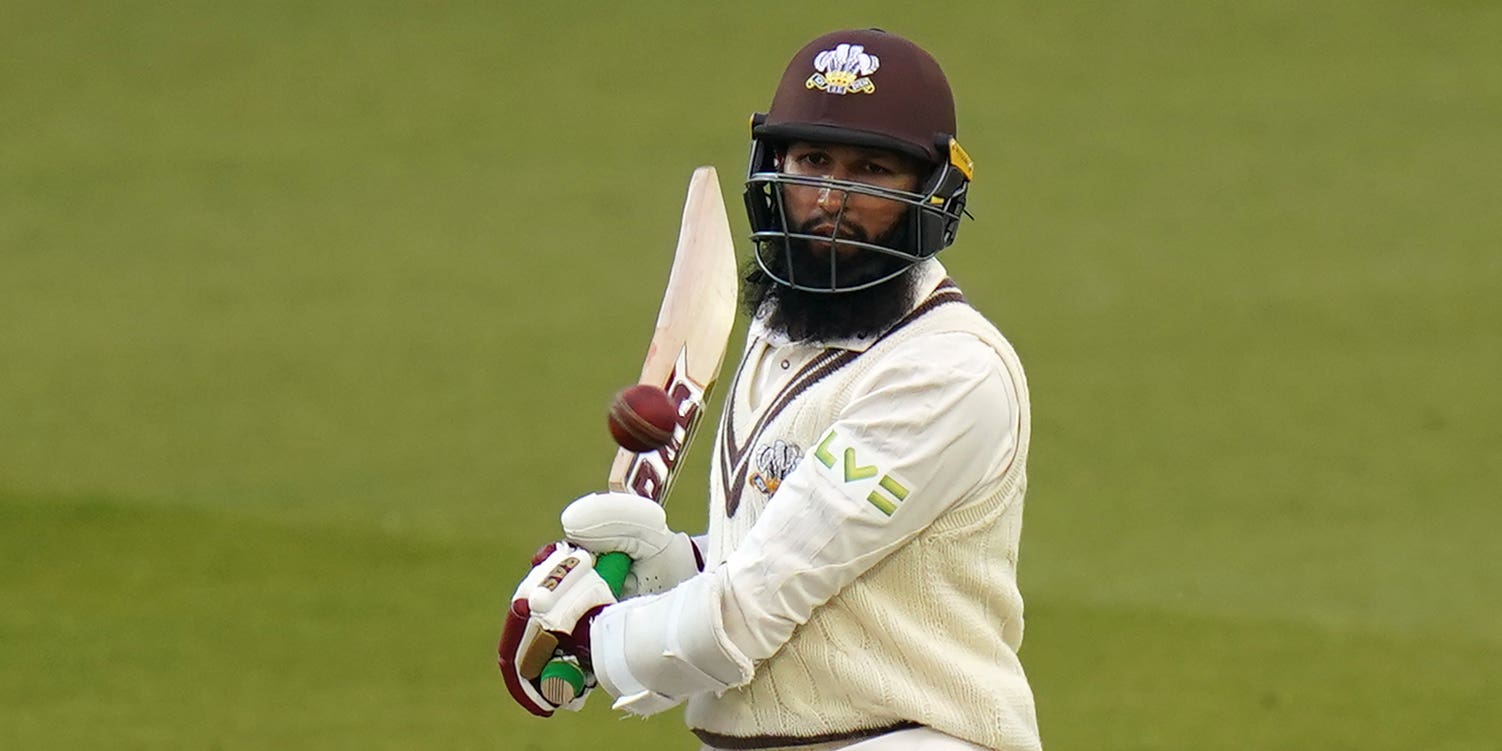 Hashim Amla thwarted Hampshire’s push for victory with a defiant 37 not out from 278 balls as Surrey escaped with an improbable draw in their LV= Insurance County Championship fixture at the Ageas Bowl.

After lurching to 30 for four in their follow-on, with more than 60 overs left on the final day and still 386 runs shy of making Hampshire bat again, Surrey were staring defeat firmly in the face but they were bailed out by Amla.

The former South Africa captain, one of his country’s greatest batsmen of all-time with 9,282 Test runs, withstood everything thrown at him by Hampshire’s bowlers, who combined for 63 maidens and more than 500 dot balls.

There was admirable support from the lower order but Hampshire were ultimately left to rue their profligacy in the field, with Amla spilled at leg slip 17 overs from the close off Keith Barker, who took three for nine in 22 overs.

It is a result that likely ends Surrey’s ambitions of a top-two finish in Group Two, while Hampshire probably now need to beat Gloucestershire in their final group game to keep alive their hopes of qualifying for Division One.

Gloucestershire require seven more wickets to beat Middlesex, who ended day three of their contest at Cheltenham on 97 for three, with Stephen Eskinazi unbeaten on 48 from 157 balls.

Cameos from Oliver Price (33) and Tom Price (35 not out) lifted Gloucestershire to 272 all out and left Middlesex with a daunting target of 420, and the visitors slipped to eight for two then 56 for three.

Josh de Caires, son of Michael Atherton, registered his second single figure score on his first-class debut while Sam Robson and Peter Handscomb were out cheaply before resistance came from Eskinazi and Daryl Mitchell (21no).

There were four other draws around the country in the latest round of rain-affected fixtures and, while Lancashire were denied by Kent’s Jack Leaning, the Red Rose sealed their Division One place later in the season.

Kent were rolled for 74 in their first dig but ex-Yorkshire batsman Leaning’s unbeaten 53 from 199 balls ensured the visitors clung on for a draw as hands were shaken at Emirates Old Trafford with the visitors on 149 for eight.

Tom Hartley’s best first-class figures of four for 42 gave Lancashire more than a sniff as the clock ticked down on a gloomy afternoon in Manchester but Kent and Leaning ultimately managed to hold on in the Group Three match.

Jack Carson took three wickets after Ben Brown’s 100 not out but Sussex were ultimately left to settle for a stalemate against Glamorgan, who reached 154 for five after being given a target of 275 in 51 overs at Hove.

Brown’s 134-ball knock, containing six fours and two sixes, shut the door on Glamorgan’s hopes of a win, but they managed to avoid defeat as all seven of their batsmen reached double figures without anyone progressing to 30.

Warwickshire and Durham both retain hopes of a top-two finish in Group One following a draw at Edgbaston, where only two hours of play were possible on the last day because of yet more rain.

The visitors reached 253 for seven in response to their opponents’ 237 all out, with David Bedingham stroking a classy unbeaten 92 while Craig Miles took five for 62. Durham later learned they had been docked two points for a slow over-rate.

Harry Swindells advanced his career-best first class score to 171 not out as Leicestershire finished on 475 for seven in their high-scoring draw against Group Two leaders Somerset, who had made 461 for nine declared at Taunton.