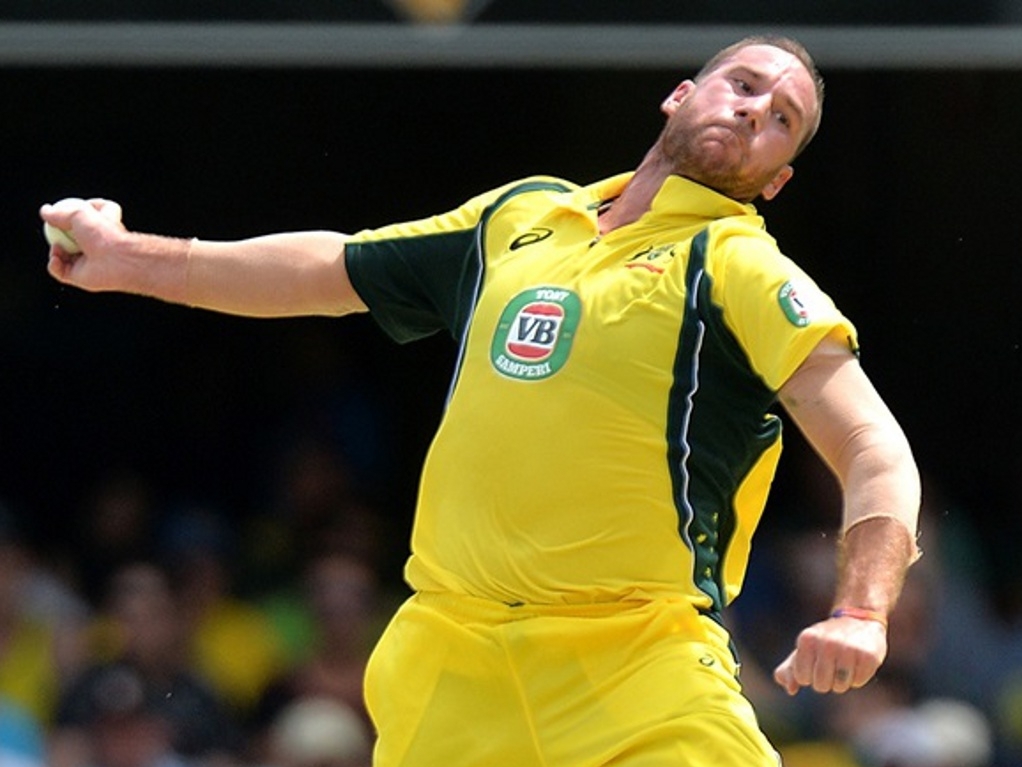 Australia fast bowler John Hastings has heaped praise on the youthful pace attack for keeping India's score to a gettable level in the second ODI, and also spared some words for batsman George Bailey.

India managed to record a second score of 308 in a row, but once again Australia were able to chase it down and lead the series two-nil. But at one point India were two down for more than 200, and a much bigger score seemed on the cards.

But the likes of Joel Paris, Scott Boland, and Kane Richardson did the job to stem the flow of runs, with the first two of those names playing in only their second ODI.

Hastings said after the match in Brisbane: "For us to pull it back like we did, the bowling group really needs a pat on the back for that.

"They were two down going into the last 10 overs, you can really get anything. The bowling group did an amazing job again."

'Duke' was also full of praise for batsman Bailey, who made the chase look easy by scoring 76 not out, but Hastings said it was anything but, as a chase of 300 plus is always tough.

He added: "All the reports have been that it was a really easy chase last night. I don't think that was the case at all.

"Take nothing away from our batting group, they did an amazing job to chase 300-plus two games in a row and break a few records as well.

"That's just the way the game is evolving now. Six an over is just the standard. (Bailey) been enormous, especially against India. His record against India is phenomenal.

"He's been brilliant. The constant change in techniques and the way he needs to adapt his game, he's been great. He keeps coming up with a recipe for scoring runs."

Hastings may not get to feature in the next match though, as Mitchell Marsh is due to come back after being rested at the 'Gabba. But Hastings is pragmatic about it all.

He added: "It's always one of those things; if you go out and perform the best you can, you can hold your head up.

"But Mitch is a fantastic player and deserves his place in the team, no doubt about that. So it's just up to the selectors to decide what the best make-up of the side will be."