Hathurusingha challenged team to ‘stand up’ 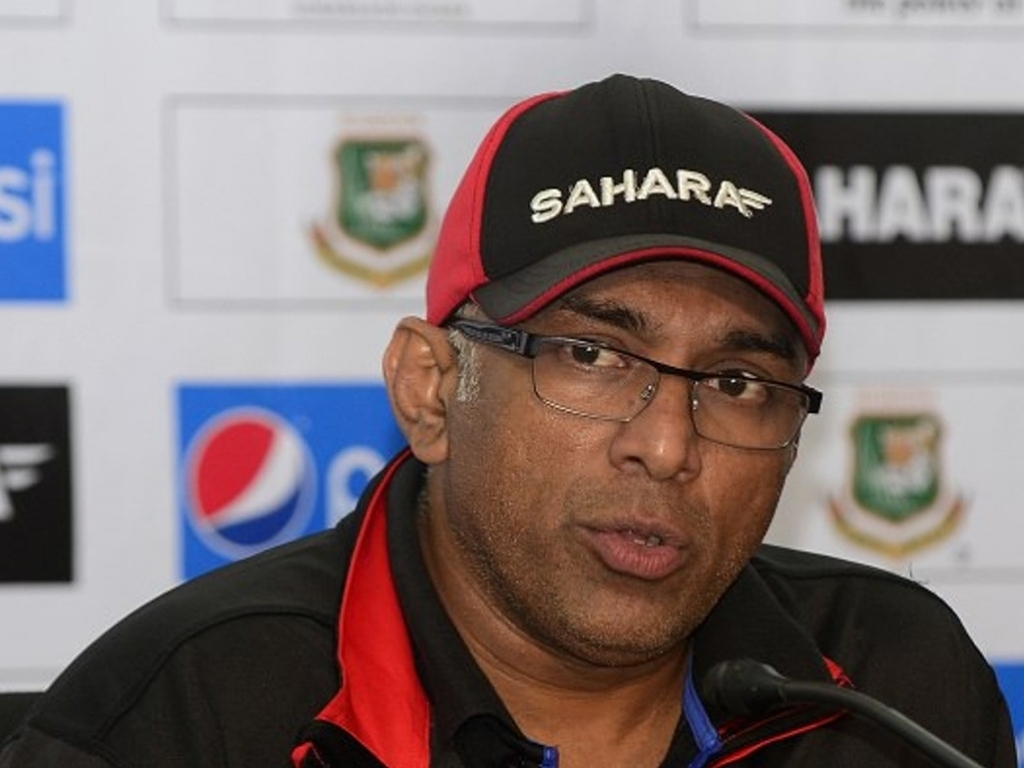 Bangladesh coach Chandika Hathurusingha has revealed that he told his players they would never get the chance to beat England again if they threw the second Test away.

The Tigers took 10 wickets in one session to win the second Test on day three, thus levelling the series, and at tea the coach told his side they were wasting their chance.

England had been set a tough target on 273, given the turning deck, and had reached 100 for none at tea. They looked well on their way to victory.

But Hathurusingha got tough with his players at the break, and afterwards Mehedi Hasan took six wickets as England collapsed to 164 all out.

The coach told Cricinfo: “The best thing I can tell you is that the big players stood up.

“I was disappointed and upset that we are nearly wasting another opportunity which we had in our hands.

“I had a chat with the boys. I challenged them to stand up. I told them that this opportunity will never come again.

“I am glad that a few people stood up and decided to do something different.”

He added of the future: “This group is still learning. They have a long way to go. Otherwise we would have had more success.

“I hope that after this win, they will have better memories if they get into such winning positions in the future, to do on their own.

“They can find the ways on their own in the middle. There’s a lot of idea sharing and making sure we create the environment that they get challenged.”