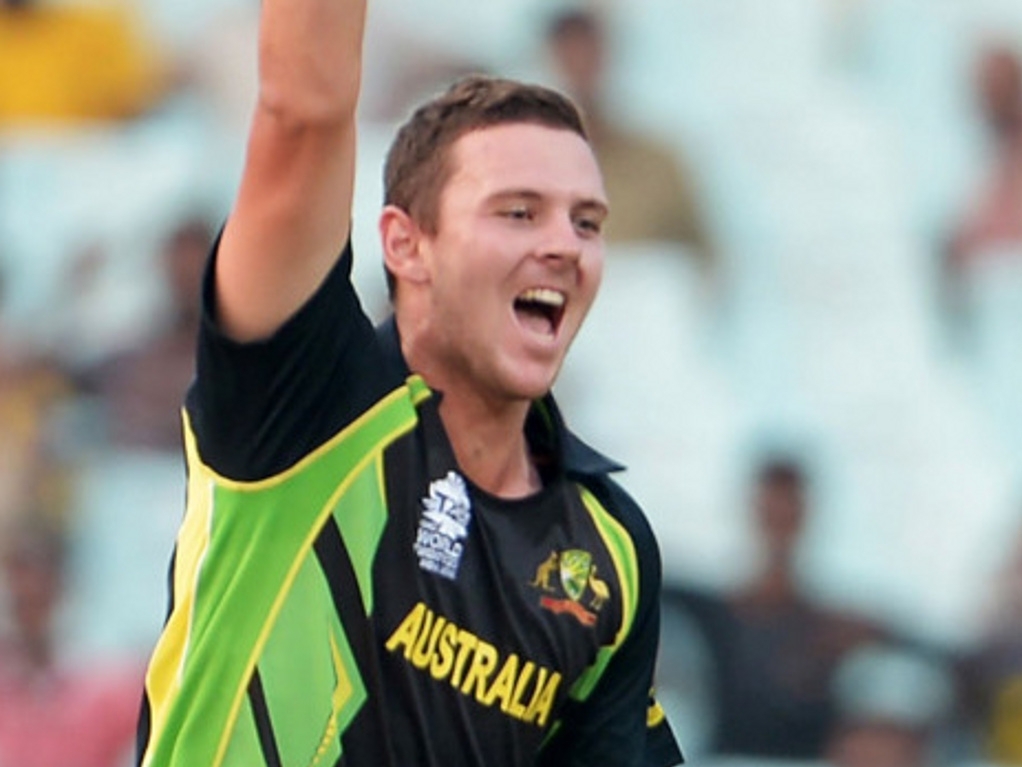 Australia fast bowler Josh Hazlewood could feature in the World Twenty20 match against Bangladesh on Monday, according to skipper Steve Smith, as the M. Chinnaswamy deck is more suited to pace.

Hazlewood did not play in the Aussies' first game of the tournament, where they lost to New Zealand, and will likely replace spinner Ashton Agar, who did not impress. The deck in Bangalore is like to offer the paceman some assistance.

Smith said of Hazlewood: "I'm sure he will be talked about. He's got the skills, he hits the seam, and if there is still some grass on the wicket, you'll see him coming into contention.

"There's a little bit of grass in it. It's still quite wet at this stage, but it's pretty hot here, so it dries out pretty quickly.

"Looking at how dry it is and that kind of thing, I don't think this will take as much turn as the last couple that we have seen. It looks a pretty good wicket.

"The day before it looks very similar to what a lot of the IPL wickets look like. Generally those games are pretty high scoring. I think you'll see something like that tomorrow."

The Aussies must beat the Tigers or be at risk of exiting the tournament early, and Smith is confident they'll be able to do so, given the strength of their squad.

He added: "We haven't played as well as we would have liked in this format of the game. I still think we have the right personnel here to get the job done. We've got a strong squad of 15 players. We have a lot of power in the sheds.

"For us it's about making sure we improve in the middle overs and keep the wickets in the shed so we can use that power to have some success over here. We didn't do that the other night.

"If we can, I'm confident we'll get enough runs and our bowlers will do the job to get us a few wins in this tournament."