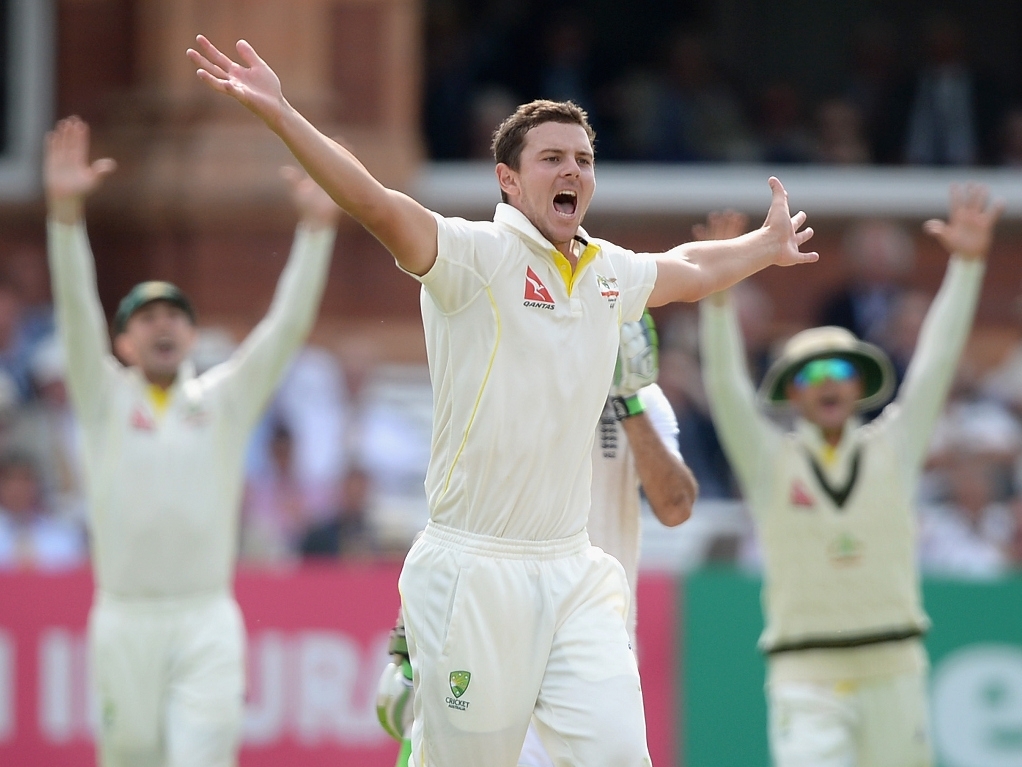 Australia fast bowler Josh Hazlewood feels that his side's hard work with the ball on days two and three is why they're in a solid position going into day four.

The Aussies lead by 362 runs at stumps on day three, after bowling England out for 312 after tea. This saw them lead by 254 runs before they started their second innings, and Hazlewood took three of those wickets.

Hazlewood said on Sky Sports: "Batting first was key and we did the job with the ball yesterday and today, so we're in a pretty good position.

"We made the most of the new ball yesterday afternoon, there were maybe a few heavy legs with their batters.

"You saw today it's pretty hard work, we had to work hard to bowl them out."

He added about the prospect of declaring: "We'll obviously want a few more runs.

"We're getting them pretty quickly at the moment so hopefully that keeps up tomorrow. I think we'll need a little bit of time to bowl these guys out on a pretty flat wicket."

Fellow paceman Mitchell Marsh, who took two wickets on Saturday, was equally upbeat about the game, saying: "We've got ourselves in a great position now to drive the game, hopefully we bat well and put England under some pressure in the afternoon and on day five.

"I think over the next two days it will be (tough to bat). It was nice to get those wickets like that, doesn't matter how you get them, I'll take a few more chop ons in the second innings, I'd be happy to have them.

"I'm sure Michael (Clarke) has got a declaration total in mind. I'm not sure but I imagine it will be around the 450 to 500 mark if we bat well."