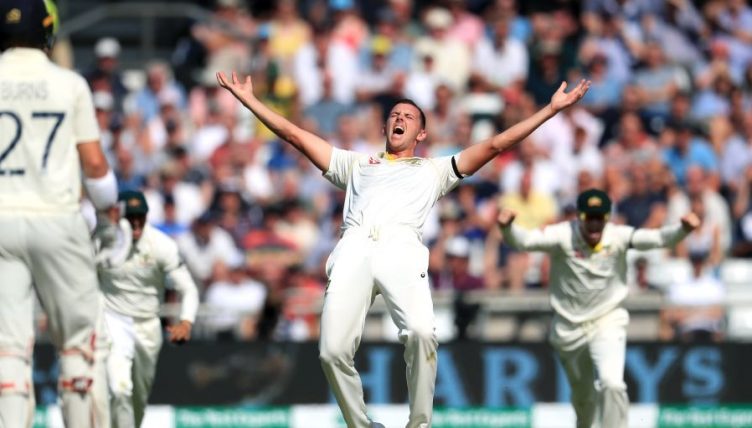 India legend Sunil Gavaskar believes Josh Hazlewood is the most dangerous of Australia’s fast bowlers ahead of their upcoming Test series Down Under.

With Australia looking to regain the Border-Gavaskar trophy – contested in series between the two nations – India’s challenge, this time, was clear to see in their three-day warm-up game, where a second-string attack had the visitors under pressure in both innings.

Whilst Cheteshwar Pujara and Ajinkya Rahane made runs, no other Indian batsmen passed 30, hinting at the problems they face this time around.

Although Australia have the number one ranked bowler in Pat Cummins in their midst, Hazlewood is the bowler Gavaskar says he would least like to face.

And with the lanky paceman already dismissing India’s star batsman Virat Kohli in each of the recent one-day internationals. Gavaskar has tipped him to be the leading wicket-taker.

“Hazlewood keeps the ball around off stump like Glenn McGrath used to, he doesn’t give you too much room, there’s very little margin for error because he’s at you all the time,” Gavaskar told Channel Seven.

“He’s pretty lively, he’s not slow. He’d be tough to negotiate when he has the new ball in his hand.”

India arguably have their greatest ever pace attack in Jasprit Bumrah, Mohammed Shami and Umesh Yadav, but according to the prolific ex-opener, how India’s batsmen handle the home side’s attack will decide the series.

Last time out in 2018/19, India won their first-ever Test series in Australia, largely because of how their batsmen were able to wear down the home side’s bowling attack.

“They have to score lots of runs which is what they did two years ago,” Gavaskar said, predicting a 2-1 series win for India.

“I know we talk about the fact you have to take 20 wickets to win matches but unless you also score runs along with it you don’t win matches.

“India took 60 wickets in the three-Test matches against South Africa but they still lost 2-1. They also took 95 or 97 out of 100 in England and still lost because they didn’t score enough runs.

“[In] Australia, they won because they took the 80 wickets and scored lots of runs. I think India will need to score lots of runs to win the series again.”