Home 2015 World Cup Hazlewood: It was great to be back in the side

Hazlewood: It was great to be back in the side 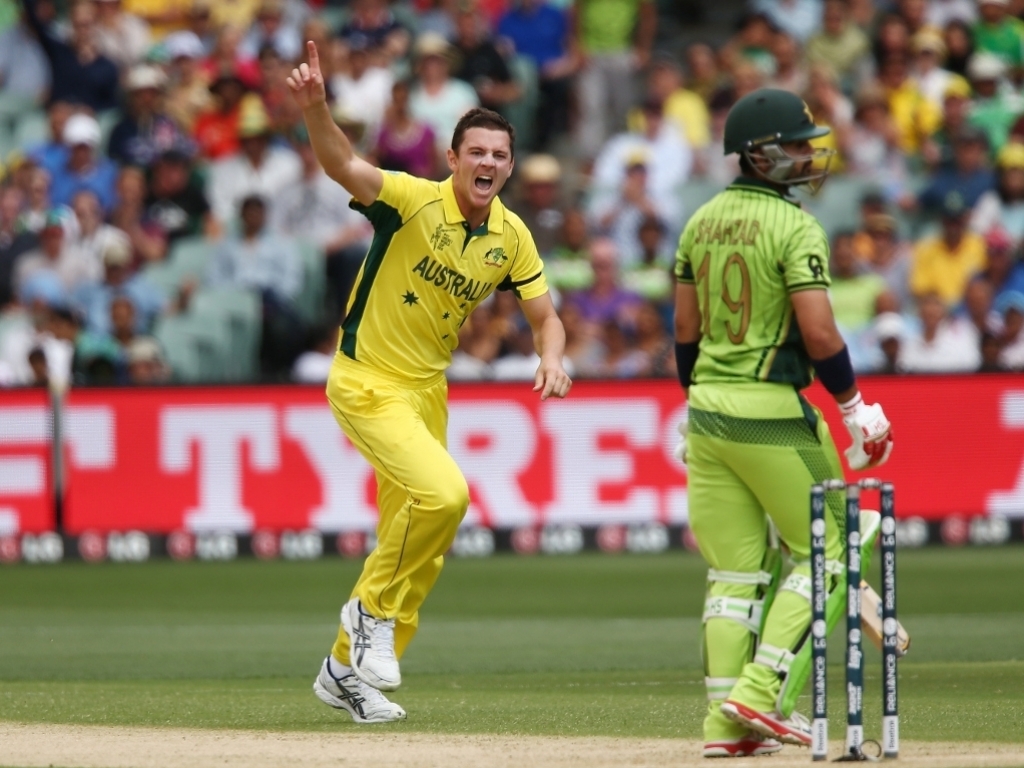 Australia fast bowler Josh Hazlewood is happy to have played a role in his team's six wicket World Cup quarter-final victory over Pakistan at the Adelaide Oval on Friday.

Hazlewood claimed figures of four for 35 in 10 overs as the co-hosts dismissed the Asian team for a low score of 213, one ball short of 50 overs. Australia then knocked off the runs in the 34th over to book a semi-final clash against India in Sydney on Thursday.

The 24 year-old Hazlewood, who also scooped the man of the match award, came into the team for the knock-out match in place of fellow quick Pat Cummins, after only playing in two out of Australia's five completed group matches.

After the match, Hazlewood said: "It was great to be back in the side. I've been bowling well all week so it was good to put in a good game. It's quite a long tournament and happy to get a game today.

"The wicket was quite good as we saw all game. Keeping them to 213 was perfect for us and then the boys did well with the bat. We're going well in all aspects."