Hazlewood not intimidated by India 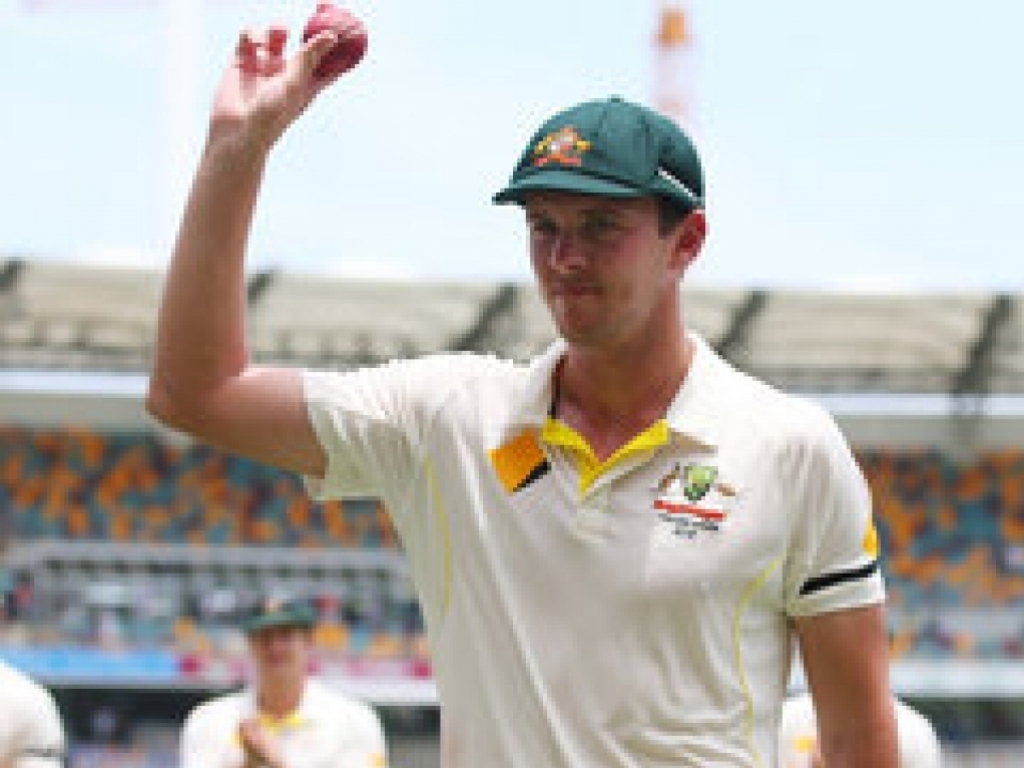 Australia fast bowler Josh Hazlewood says his team's refusal to be intimidated by India's verbal sledges and physical play during the second test will give it an advantage when the teams meet again on Friday in the third test at the Melbourne Cricket Ground.

India greeted Australia fast bowler Mitchell Johnson with a barrage of short balls and some heated verbal exchanges. But Australia's response, led by Johnson, helped propel them to a 2-0 series lead in the four-test series, winning in Brisbane by four wickets in four days.

"It backfired at the Gabba with them trying to get stuck into us and Mitch fired back," Hazlewood said on Wednesday. "It was good to see him pick up some wickets in the second innings and really fire up and bowl fast."

Johnson scored 88 runs from 93 balls to help revive the team's first innings and turn the match in Australia's favor.

Hazlewood took five wickets in the first innings and another two in the second in his test debut in Brisbane.

Australia received some good news on the batting front Wednesday when David Warner and Shane Watson returned to training.

Warner received throwdowns from assistant coach Michael Di Venuto as he batted for the first time since hurting his left thumb on the final day of the second test. He found his rhythm soon after beginning the session, driving and hooking with few signs of discomfort, and then faced some net bowling.

"It was a bit sore when it hit the splice and toe of the bat, but that's to be expected," Warner said. "It's going to be quite painful, but I can bear that pain and get out there on Boxing Day."

Watson, who was dazed when struck on the helmet by the bouncer from James Pattinson on Tuesday, faced a bowling machine Wednesday while having a hit in the indoor nets. He later went to the outdoor nets to face some actual bowling.

National selector Mark Waugh said Watson felt unwell after he returned to the team hotel, and there were fears he has sustained a concussion. Pattinson looked upset after the incident and left training.

On Nov. 25, Australia teammate Phillip Hughes was hit by a bouncer during a domestic match in Sydney, and died in hospital two days later.

Meanwhile, all-rounder Akshar Patel will replace the injured Ravindra Jadeja in India's squad for the Melbourne and Sydney tests.

Patel, who turns 21 in January, is a left-arm spinner who has taken 14 wickets in nine one-day internationals but has not played a test.

Jadeja has a shoulder injury and will return home to undergo rehabilitation, Indian cricket officials said in a statement.