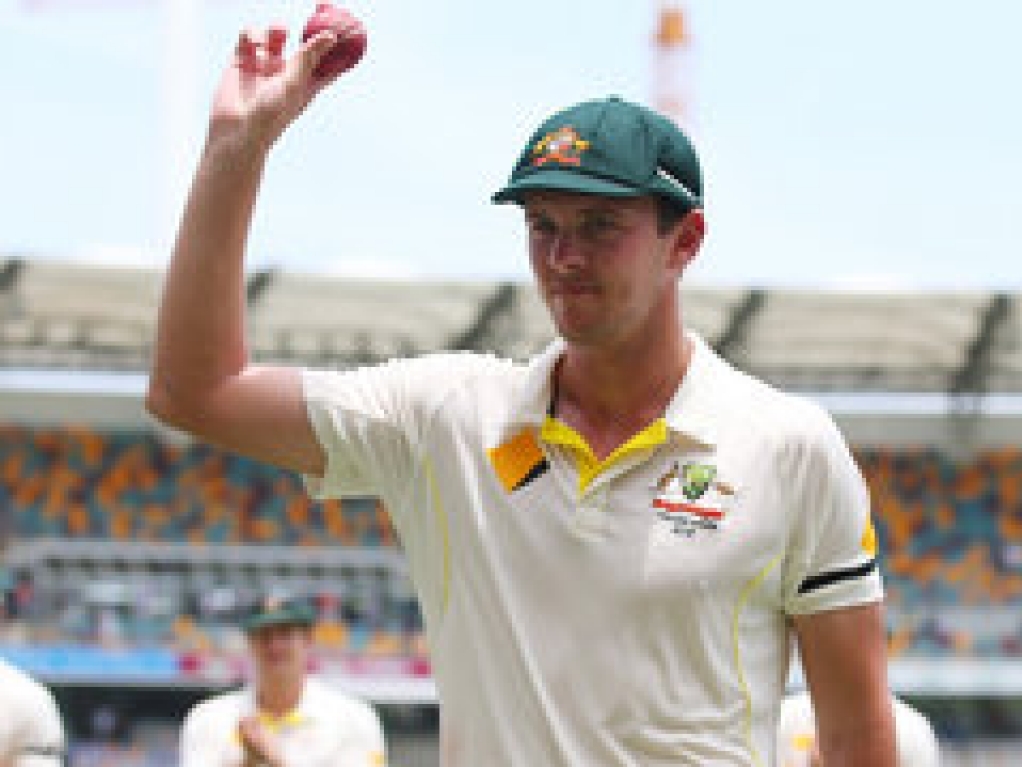 Australia fast bowler Josh Hazlewood described taking five wickets on debut in Test cricket as "a very proud moment" and believes it could act as a springboard to future success in International cricket.

The 23-year-old ended with figures of five for 68 in 23.2 overs, as Australia fought back on day two to dismiss India for 408. Australia reached stumps at 221 for four to still be 187 runs behind going into the third day.

But the day, undoubtedly, belonged to Hazlewood, who extracted both pace and bounce from the pitch at the Gabba. He became the 33rd Australian to take five wickets on debut despite only playing one first-class game this season, on 31 October.

He said: "It gives me massive confidence going forward.I thought I was bowling well even though with the white ball. I just played one Shield game this year coming into this game.

"But it felt like the ball was coming out of my hand very well, the best it ever has in fact. Taking five wickets in this first Test is very good for my confidence, an added bonus.

"I personally started the summer well in limited overs cricket and always dreamt of doing it in Tests. It was great to have my family here, to have them see me get the Baggy Green yesterday and perform today for the team. It was a very proud moment."

The New South Welshman had an eventful first day in Test cricket, as he captured two wickets and left the field with a bout of cramps on a scorching hot day in Brisbane.

Not only was it much cooler on the second day, but Hazlewood, after having a good rest overnight, seemed to look fitter and bowl quicker, as India collapsed from an imposing 311 for four.

Hazlewood said: "I took a lot of fluids overnight. It was like a casualty ward yesterday. We knew what we had to do to recover to perform today and all credit to the support staff for helping us.

"It was hot yesterday and today, but that is part of Test cricket. We have to adapt to the conditions and do as best as you can when playing Test cricket.

"I have never experienced cramps like that before. Maybe nervousness of playing my first Test also affected me. But it was good today as I got through it and obviously I am very happy with the way I bowled today."