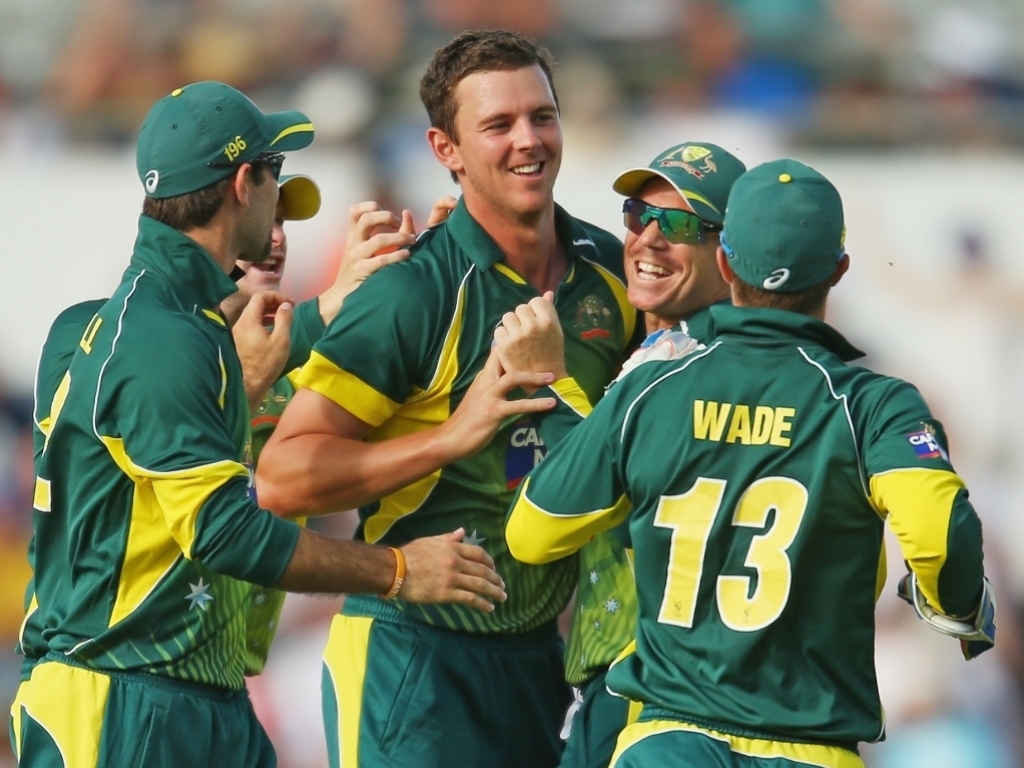 Even though Australia fast bowler Josh Hazlewood has been part of a Test squad twice before, he still doesn't have a cap, and he thinks he's ready now and hopes he'll get a chance against India.

Injuries and a glut of pacemen have kept the 23-year-old out of the Test side, and four years after making his ODI debut he only had two caps in the format until recently.

But he's been impressive against the Proteas, and is the leading wicket-taker in the series after three games. He feels that if he keeps impressing, he could stand a chance to play in Brisbane.

Hazlewood said: "I think I'm much more ready now, definitely. I've been on the park for a while now in succession, and I haven't really had that in previous years.

"The body's feeling good and everything seems to be falling into place. Obviously I've been going pretty well the last few weeks and got that Shield game early in the season, which was good.

"There's plenty of bowlers in the mix, so we'll see how it goes. I think it's just getting older and getting the body a bit stronger over the last few years.

"I think we'll take that as it comes, depending on these next two games and how much I bowl, and how the body is feeling."

Hazlewood was impressed with the way his ODI batsmen had dealt with South African pace trio of Dale Steyn, Morne Morkel and Vernon Philander, and considering the Aussies took a series lead in Canberra, Hazlewood though his lads had come out on top.

He said: "Their attack has been the same for a while and it's world-class with those three guys. We've tried to match them in the games if not better them on some occasions.

"It's been quite a tough ask but I think we've done pretty well."