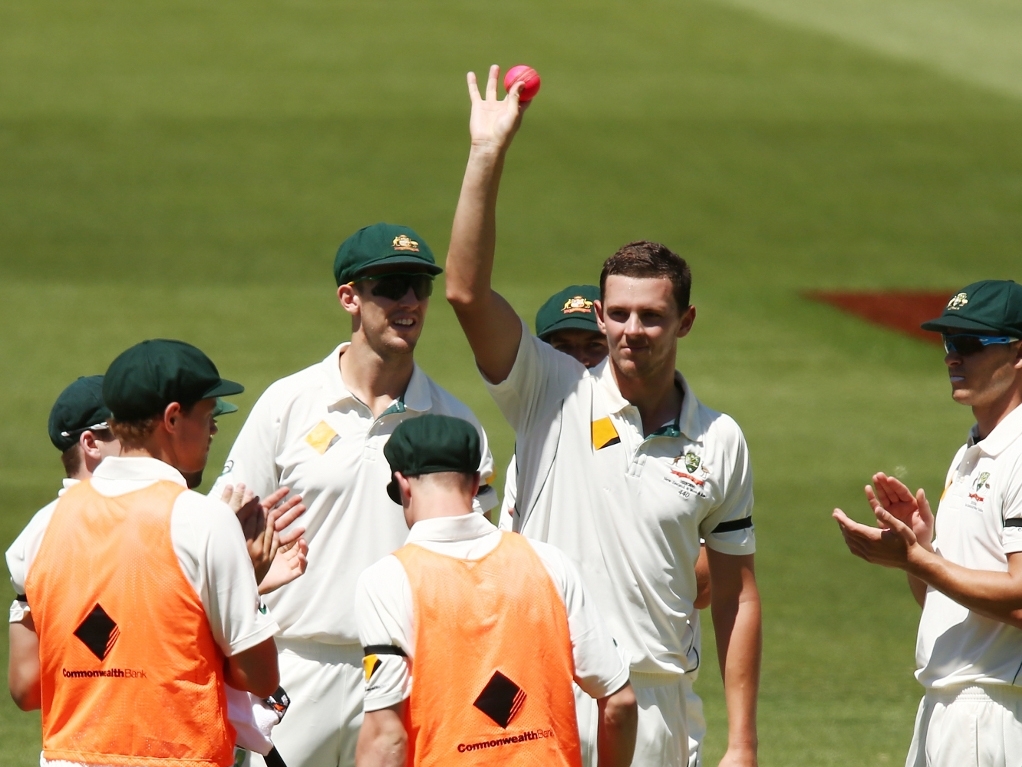 Josh Hazlewood says he will thrive on the extra responsibility now that he is the leader of the Australia bowling attack after the retirement of Mitchell Johnson and the injury to Mitchell Starc.

The 24 year-old Hazlewood has enjoyed a rapid rise in the pace bowling ranks for the Aussies, especially since Johnson retired during this home summer and Starc suffered an ankle injury, ruling him out for a few months.

Although he admits that he felt the pressure of leading the line in the final Test against New Zealand in Adelaide, he is in tune with the fact that he is captain Steve Smith's go-to bowler.

While other young pacemen in Australia, like Pat Cummins and James Pattinson, have succumbed to injuries, Hazlewood credits the fact that he played a few good years of four-day cricket to get him ready for the highest level.

Hazlewood said: "Seeing Mitch (Starc) go down has probably put a bit more responsibility on the other quicks, I definitely felt that in the second innings in Adelaide.

"I guess you do get the ball in your hand a little bit more, being the leading bowler. I seem to thrive on that extra responsibility. Smithy turns to me when we need a wicket and need to break a partnership. I'm enjoying it at the moment.

"I watched Mitch Starc get given that Test match, and Jimmy as well, quite early on. They probably weren't quite ready, but I think that extra couple of years in Shield cricket got me ready for Test cricket.

"I probably knew my body a little bit better injury-wise, and what I could bowl with. I think that played a little part in that."