Home Countries Australia Head admits he has a lot to learn

Head admits he has a lot to learn 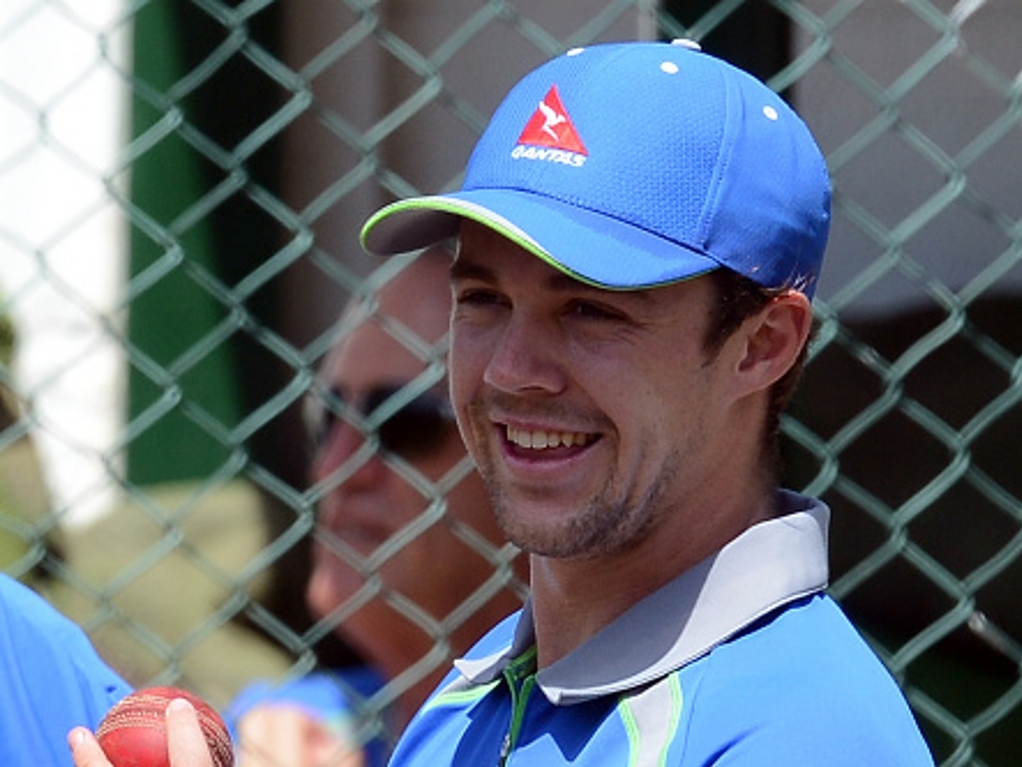 With Australia struggling to come to terms with Asian conditions in Test matches, many have suggested 22-year-old Travis Head might solve some of the Baggy Green's subcontinental problems.

The young batsman is eager to play Test cricket, but conceded that he still has a lot to learn, and even more to prove in then next six months before Australia play another Test in Asia.

The left-hander, also revealed that he was pulled out of a county stint, to work on his off spin bowling in Asian conditions as Australia look to turn the tables on their hosts Sri Lanka in the ODI series.

Head told Cricket.com.au: "I think I'm pretty raw still with my bowling, and that's probably helped me coming over here (a fortnight ago) that I've probably learned the style that the Sri Lankans have been bowling their spin,

"I haven't come in with a certain way of going about things, I'm pretty open minded on my bowling.

"I just want to try and (adapt to) the conditions as best as possible and if that can get me selected as a second-string to my batting.

"I'm there to make runs and if I can come in and do a job with the ball that's a positive, and that's what I'm heading towards.

"So that I can be a genuine option, because I played last year at home in the summer as number one (spinner for SA) but probably wasn't ready for that role.

"I took it on and did an OK job, but I think leading into the season if I can do as much bowling as possible and make myself a genuine spinner, that's my goal."

Head is seen as an ideal fit for subcontinental conditions, with his style of play seemingly well suited to Asian conditions.

The young South Australian only has one game worth of experience on the subcontinent, an unofficial Test for Australia A against India A in which he and three other candidates for Asian tours, Cameron Bancroft, Peter Handscomb and Marcus Stoinis along with Head all passed 50 in an innings.

"I think I've had limited opportunities – I've played one four-day game in India when I was there last and I got two starts.

"And I had a good game plan, pretty similar to how I played the other night (in the first ODI in Colombo (where he scored 10 from 17 balls on a raging spin pitch).

"I'm always going to be positive and aggressive, but it's a long way away that Test series (in India).

"I've got to have a big summer, I've got to get runs on the board and I think that's the main issue with everyone in the summer.

"Getting Shield runs, we've seen blokes put on a lot of runs, I probably haven't done it as consistently yet so I think it's a big 12 months for me.

"If I want to get in the Test side I've got to get a lot of runs in four-day cricket.

"I feel really comfortable, I feel confident, which is a positive I guess having only played two games of (ODI) cricket for Australia.