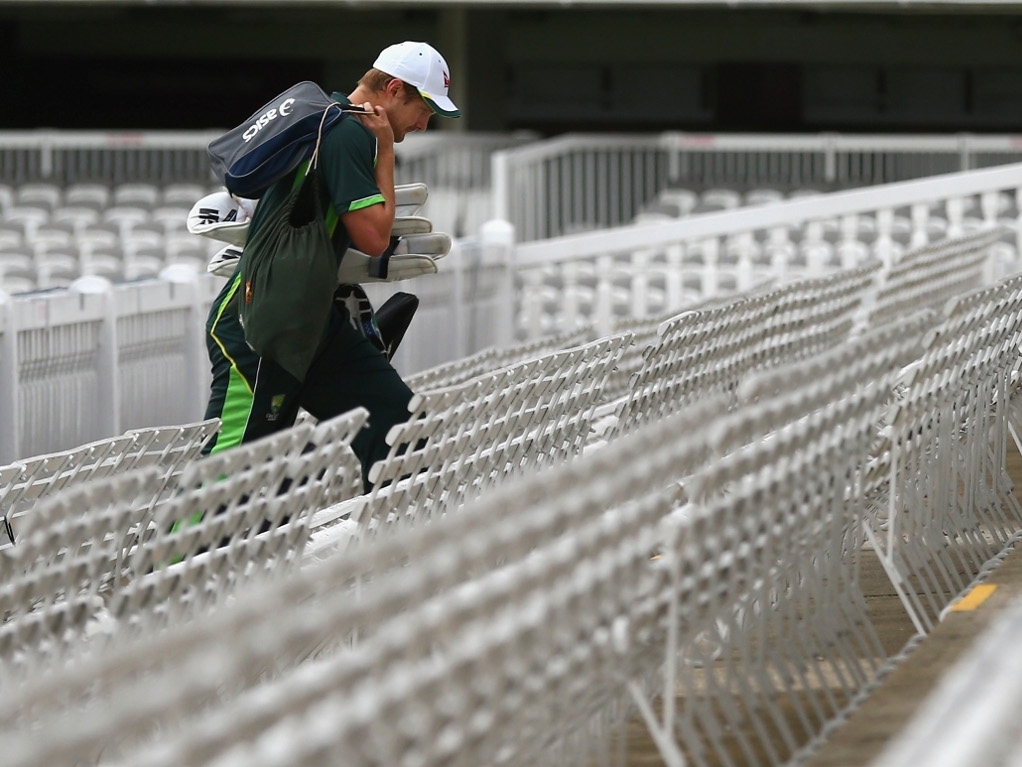 The Shane Watson situation for the second Ashes Test at Lord's has former players bumping heads, with Ian Healy saying dropping the all-rounder is the right call, while Matthew Hayden would have given him another chance.

Mitchell Marsh will play the second Test at the Home of Cricket, after Watson failed to impress once again with either bat or ball. Healy, the former Test wicketkeeper, says Watson's recent for warrants being axed.

"When you're a senior player … you need to show some inspiration and really bounce out there. Watto just didn't do that.

"So I don't think we're going to lose anything with Mitch Marsh. Everyone rates him extremely highly and Peter Nevill (who is replacing wicketkeeper Brad Haddin) is very capable."

"That is why one more Test – with the knowledge it was make-or-break – would have been a good option.

"I'm not convinced this is the right time. The other downside of dropping Watto is the opposition now know they've picked us apart."