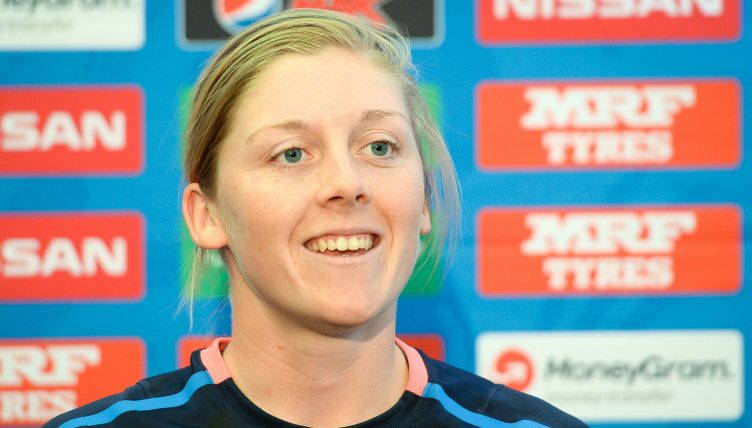 England Women captain Heather Knight and Middlesex all-rounder James Harris have been appointed to the newly-created roles of vice-chairs of the Professional Cricketers’ Association.

The pair will take their spots on the PCA board, and will attend their first meeting in mid-July, supporting chairman and Worcestershire stalwart Daryl Mitchell with the aim of championing the ongoing interests of professional cricketers in England and Wales.

Mitchell said: “The role of vice-chairs is an important one to add further structure to the PCA Players’ Committee. My first three years as chairman has coincided with enormous change within the game due to the new broadcast deal and the subsequent new white ball tournament and county partnership agreement.

“While I have thoroughly enjoyed the responsibility and the challenge, it has become apparent two vice-chairs sitting above the committee can really help fulfil roles to support our association.”

Knight – who has captained England since 2016, helping to transform the women’s game in recent years – said: “I have worked really closely with the PCA since I have been captain and the women’s game is growing so quickly.

“I think it is really important to have a voice on there for the women’s game, not just for the international players, but for the domestic players that are joining the professional game in the next few months.”

Harris added: “I am honoured to be given this opportunity. I’m really excited and I know Heather will do a great job as well, so to have the two of us sat underneath Mitch in playing a bigger part with the PCA who do so much for everyone in the game – both present and past is great.”