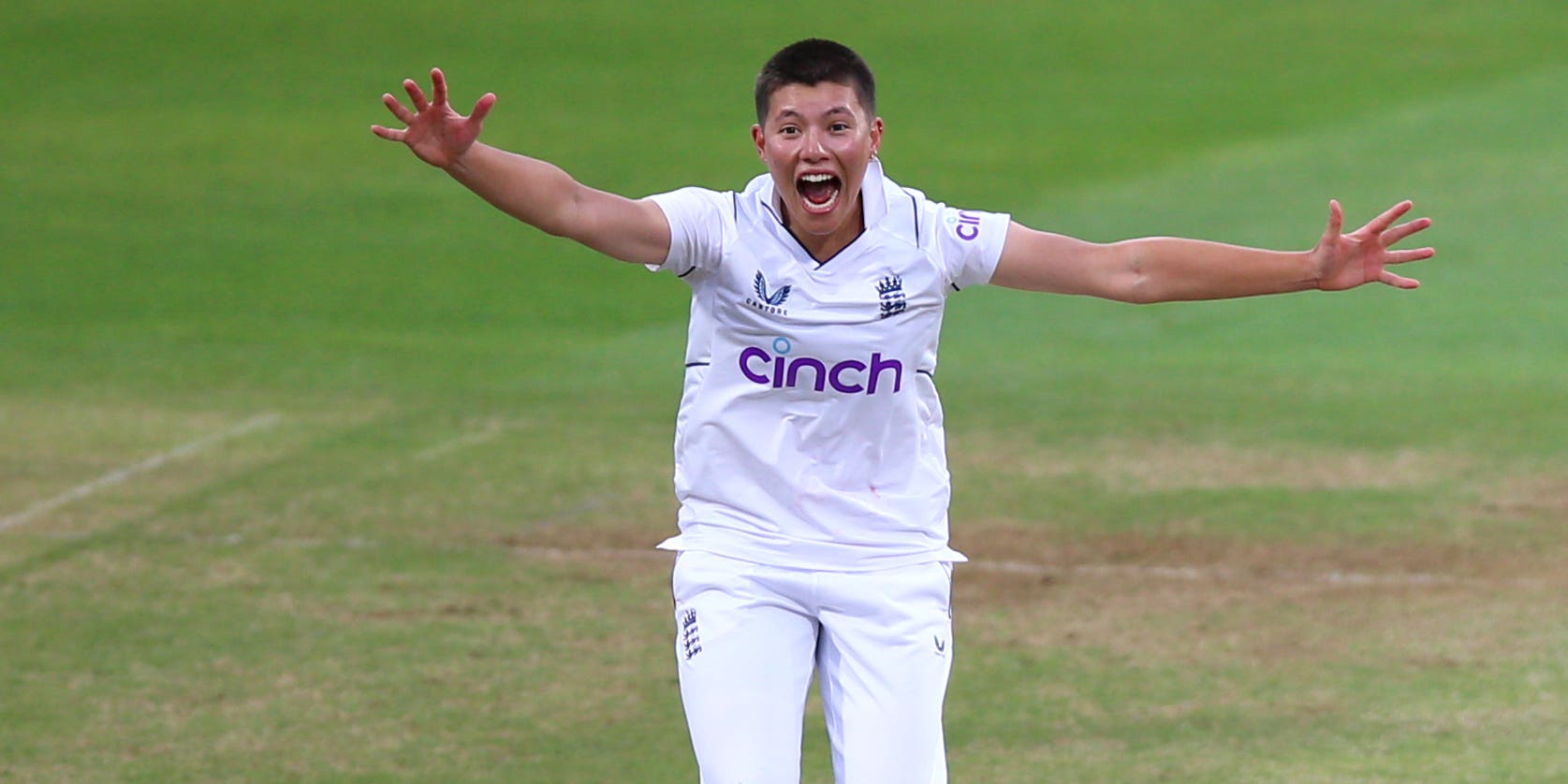 Heather Knight insisted there are “good signs for the future of English women’s fast bowling” after her side’s only red-ball assignment of the summer was halted early due to rain.

It was the first time England had been without the experienced opening partnership of Katherine Brunt and Anya Shrubsole for 14 years, but in a team of four debutants the next generation stepped up.

Issy Wong had an impressive spell at the end of day three under the lights and finished her first international game with three wickets, including the scalp of Laura Wolvaardt twice, while the relatively experienced Kate Cross was moved up to an unfamiliar role opening the bowling alongside another debutant in Lauren Bell.

With over a day’s play lost to rain they were unable to bowl South Africa out twice and despite the promising signs, Knight admitted she missed her long-standing experienced duo, with Shrubsole having retired from all international cricket and Brunt focusing only on white-ball cricket for England.

“(It was) different (without them). (I) missed them for different reasons,” Knight said.

“Anya for her logical clear-headed thinking about the game, her big cricket brain bouncing ideas off her, and missed Katherine’s passion and determination and funny comments when you’re in the field for a long time as well.

“But it has given opportunities for obviously those young players to come in and show what they can do and they’ve been itching to get out there in an England shirt.

“But I think the way those girls have come in has shown as well that there’s really good signs for the future of English fast bowling.”

Wong has been talked about regularly due to her pace, but Knight issued a note of caution with regards to managing the 20-year-old’s workload, potentially in a bid to avoid the fate of a number of other England fast bowlers.

“She wants to bowl quick and she wants to take wickets and she seems to just make things happen so it’s been lovely,” the England captain said.

“We’ve obviously had to manage her loads a little bit, she was that luxury bowler that we wanted to come in, bowl in short spells and try and make things happen.

“So that’s obviously how I used her and she’s just fun, she’s herself, she’s got so much energy, she’s like a kid – always got a big smile on her face.

“She’s great, she’s so enthusiastic and you can tell she just loves the game and loves trying to bowl quick and take wickets.”

South Africa handed out nine Test debuts, including captain Sune Luus, and were taking part in their first game in the format since 2014.

“I’m proud,” said Luus. “We had nine debutants and only two players who played one Test, especially as we were playing a Test match against players who’ve played many more Test matches.”