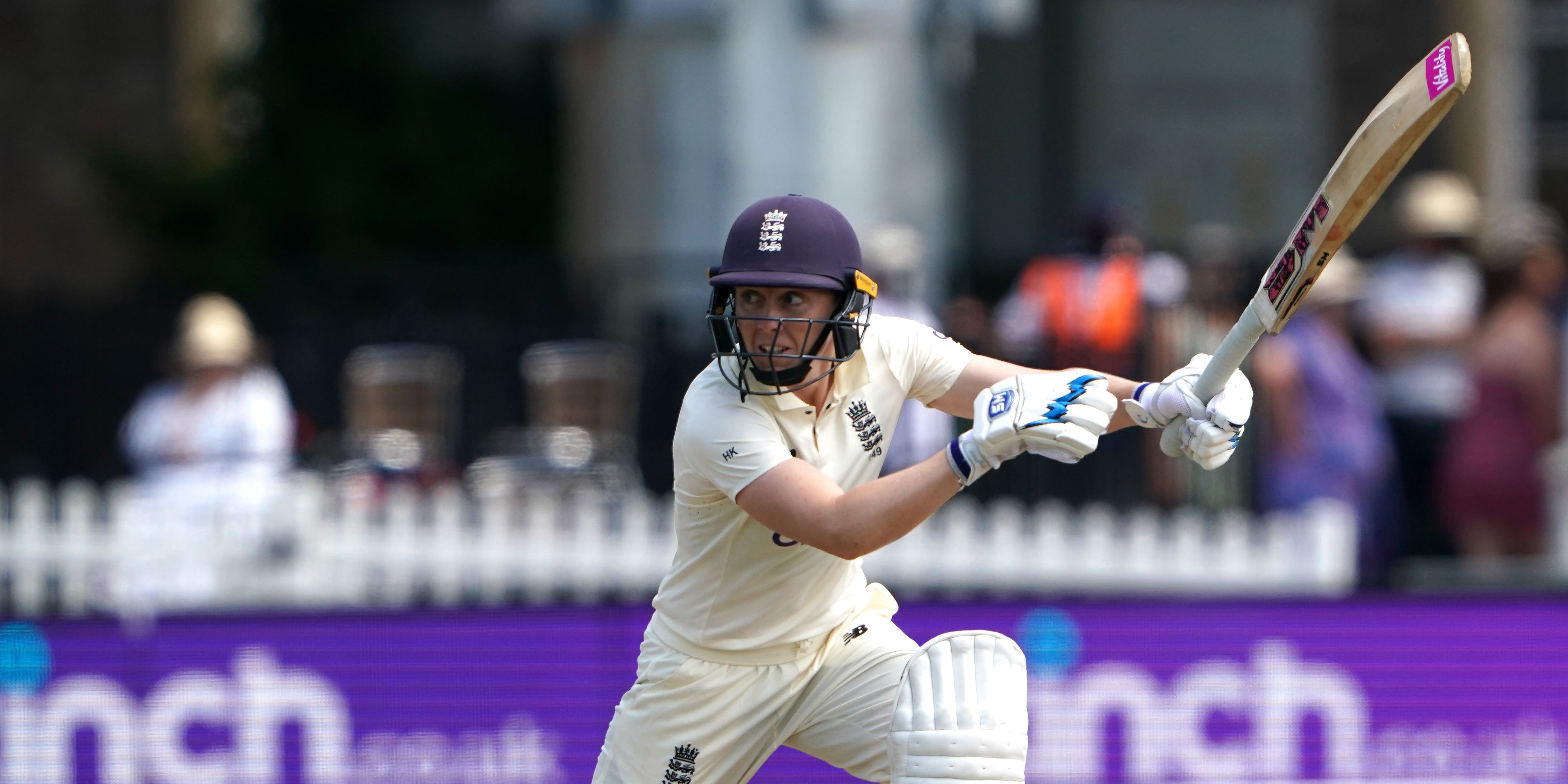 Heather Knight fell agonisingly short of a century in her 100th game as England captain with a will struck 95 as her side finished day one of the women’s Test against India with 269 for six.

Leading from the front at the Bristol County Ground, Knight was given out lbw in the final hour of play, just five runs short of what would have been her second Test century.

Knight faced 175 deliveries for her 95, which included four boundaries as England’s batting was impressive on the opening day, with the pitch not yet showing signs of having been used previously.

However as the day started to draw to a close, the Indian spinners came into their own, with England slipping from 230 for two to finishing the day on 269 for six.

It was also a historic occasion for 22-year-old Sophia Dunkley, who became the first black woman to play Test cricket for the country when she was selected for the match, having only been awarded her first central contract earlier this month.

Having won the toss, England openers Tammy Beaumont and Lauren Winfield-Hill started watchfully against India’s new-ball attack, who have not played a Test match since 2014.

In the seventh over, the visitors had the chance to strike, when Winfield-Hill edged to slip on just three, however she was handed a second chance as Smriti Mandhana was unable to hold on off the bowling of Jhulan Goswami.

The Yorkshire batter then hit two impressive sixes, including one over a long midwicket boundary. The 30-year-old was caught going for a drive outside off stump for 35, with Taniya Bhatia diving to her right to dismiss the opener.

Shortly after the lunch interval, Beaumont brought up her second Test 50 with a paddle sweep for one as England moved past 100.

After looking in control against seam, the Kent player noticeably slowed down once spin was brought into the attack, and a sharp catch from 17-year-old Shafali Verma at short leg was needed to dismiss Beaumont, who ended with 66 from 144 deliveries.

Knight, who had batted well during the second session, brought up her own half-century, and a third in Tests, shortly after tea.

Having just dropped Nat Sciver on 34, Deepti Sharma soon made up for it by claiming her first Test wicket with Sciver gone lbw for 42, with England losing a review in the process.

Amy Jones, who had started this season in good form, including 163 not out, was also out lbw for just one, despite another review.

Agonisingly close to her century on her home ground, having grown up in the west country, Knight was given out lbw from the bowling of Sharma for 95, with the review showing it as umpire’s call for impact.

Georgia Elwiss then fell shortly after for five runs, with another good catch from India, this time from Sneh Rana in the slip cordon.