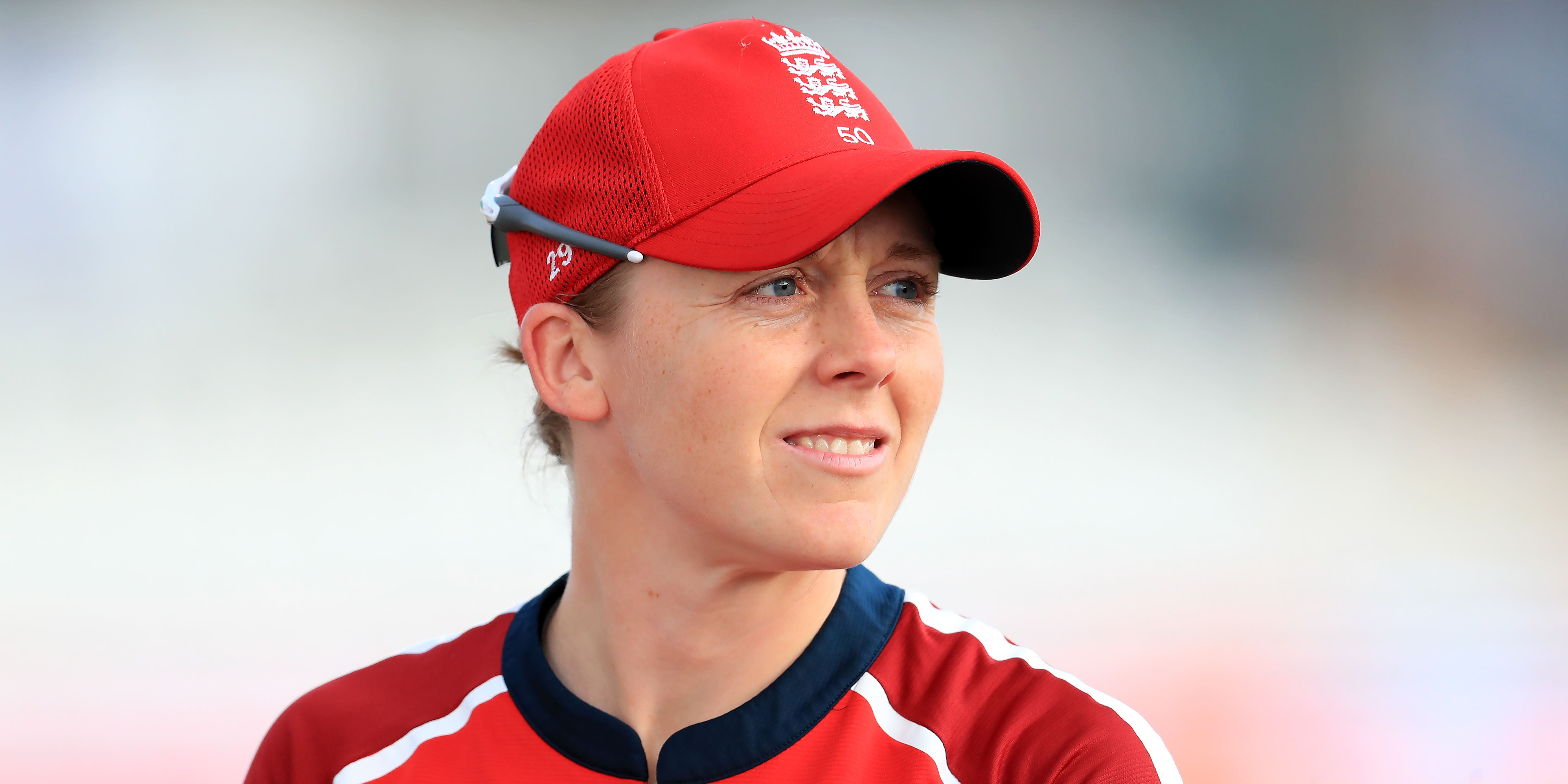 Heather Knight admitted she was frustrated to fall agonisingly short of a century in her 100th game as captain with a well-struck 95 as England finished on 296 for six on the opening day of the women’s Test against India.

The skipper led from the front at the Bristol County Ground before being given out lbw in the final hour of play, just five runs short of what would have been her second Test century.

Knight faced 175 deliveries for her 95, which included four boundaries as England’s batting was impressive on the opening day, with the pitch not yet showing signs of having been used previously.

“It would have been lovely (to score a ton),” Knight admitted after the game.

“(I’m) just really frustrated to be honest, I felt really comfortable out there, I felt like I was going really well and had worn the Indian bowlers down quite a lot and was starting to cash in a little bit on our hard work and was starting to score a bit more freely.

“Super frustrated, obviously the position the team were in as well, the partnership that me and Nat (Sciver) had we felt that we could take the game forward a lot faster because runs were coming a lot more easy, and then we lost a few wickets so I was frustrated at the time I got out as well for the team.

“We probably would have comfortably got up to 300 if that had been the case, but that’s Test cricket isn’t it. It ebbed and flowed quite brilliantly throughout the day and the Indians pulled it back quite nicely at the end.”

It was also a historic occasion for 22-year-old Sophia Dunkley, who became the first black woman to play Test cricket for the country when she was selected for the match, having only been awarded her first central contract earlier this month.

The South East Stars all-rounder made her entrance at number six with just over an hour’s play left in the day and finished on 12 not out.

“It was lovely (to give Dunkley her maiden Test cap),” Knight said.

“Dunks (Dunkley) is a very popular member of our team and she’s a lovely girl and massively deserves this chance the way she’s played, it’s made us, it’s made it impossible for us to leave her out and she’s really knocked the door down with her rate of runs.

“It’s obviously surprising it’s taken her so long to be the first black female cricketer to play Test cricket, but delighted for her and delighted that hopefully there’s people watching that look up to her and see that cricket’s for them and they could be where Sophia is one day.”

Dunkley told Sky Sports: “I’m really really proud to have (become the first black woman to play Test cricket), it’s a very special day and hopefully it’s inspired a few boys and girls out there. A positive change in the world, but it’s very very special.”