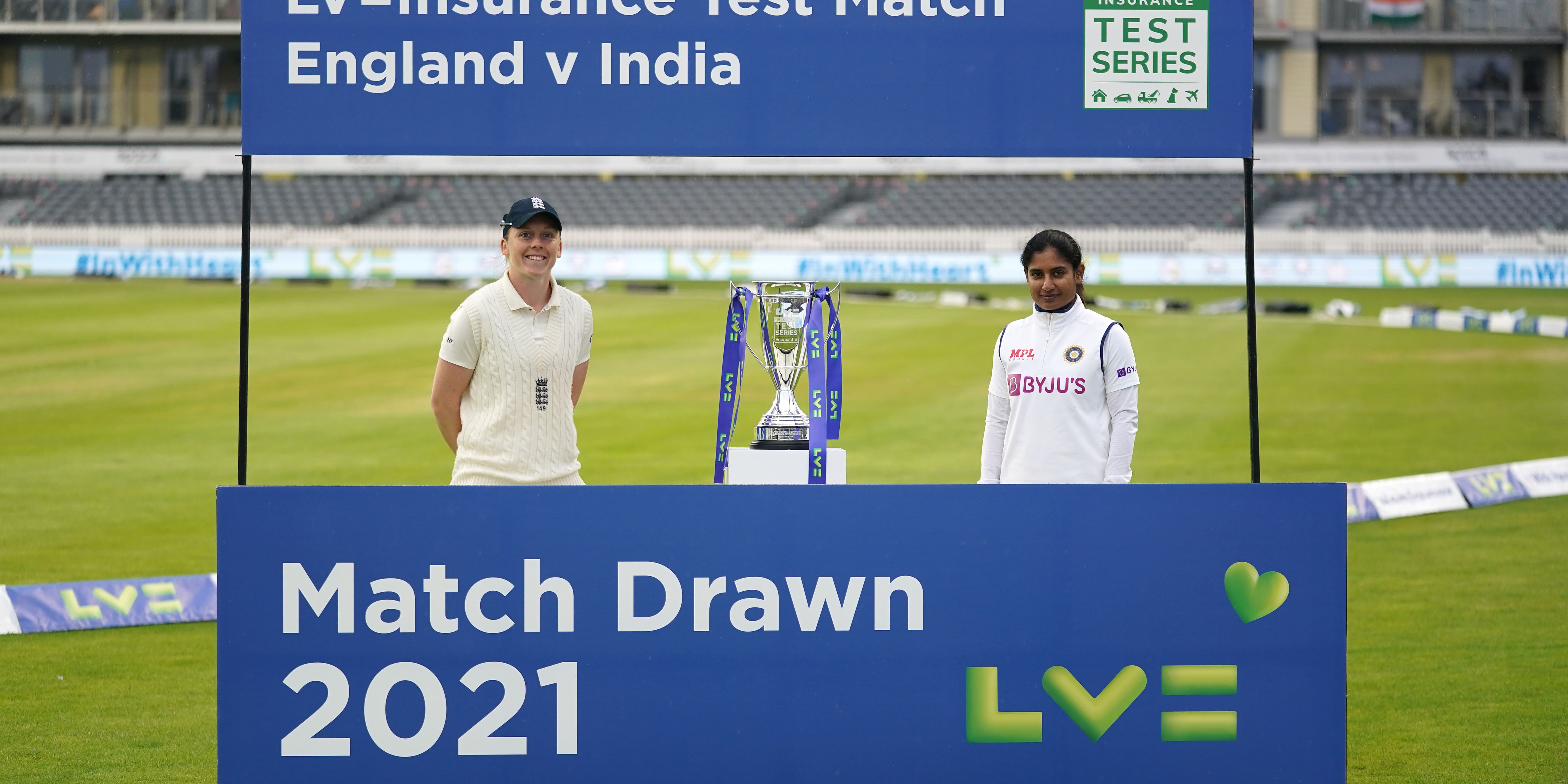 England captain Heather Knight felt her side were “almost robbed” of a thrilling finish against India because their one-off Test match was only four days, with the two nations playing out a draw at Bristol.

A tremendous 104-run partnership for the ninth wicket between Sneh Rana and Taniya Bhatia scuppered England’s chances of a first Test victory on home soil since 2005, with the hosts unable to break through and start a run chase on the final day.

The game was brought to a close with 12 overs left as the players shook hands for the draw, with India on 344 for eight in their second innings and leading by 179 runs.

“I’d definitely be open to it (a five-day women’s Test match),” Knight said after the close of play.

“I think there’s been a lot of draws in women’s Test cricket in previous games, so it’s definitely something that I think it should be looked at. Obviously we lost a little bit of time to the weather etc and weren’t able to force it.

“I’d definitely be open to it. I think generally over rates are pretty good in women’s cricket and obviously we didn’t quite get all the overs in that we should have done in this match, but I think if there was another day, what a finish that would have been.

“We were almost robbed of that finish because there wasn’t an extra day and we didn’t have the time in the game, so something that I would definitely be open to.”

Despite taking four wickets for just 18 runs in the middle of the day as India slumped to 243 for eight at tea, England’s hopes were crushed by the brilliant unbroken stand between Rana and Bhatia.

Rana scored just two runs in the first innings but crucially found her form in the second, top-scoring with 80 from 154 balls, while Bhatia finished unbeaten on 44.

“Of course it was frustrating,” Knight said.

“I think the way we played all game we were trying to move the game forward and force that result.

“Obviously the rain on day three didn’t help us very much and not getting all the overs in was not ideal as well, but we did everything we could we felt.

“Fair play to India, they managed to hold on and we weren’t able to force things and take that final wicket and set up a bit of an exciting run chase.”

England chose just one spinner on a pitch which offered little to their seam attack, with Sophie Ecclestone bowling 38 overs in the second innings and 26 in the first.

However, Knight stood by her selection process.

“(I’m) really chuffed for her (Ecclestone) the way she’s performed and potentially in hindsight we would have benefited from a second spinner maybe,” said the captain.

“We obviously weren’t too far away, so in hindsight potentially but I think we went into the game with the XI that we thought could win the game.”