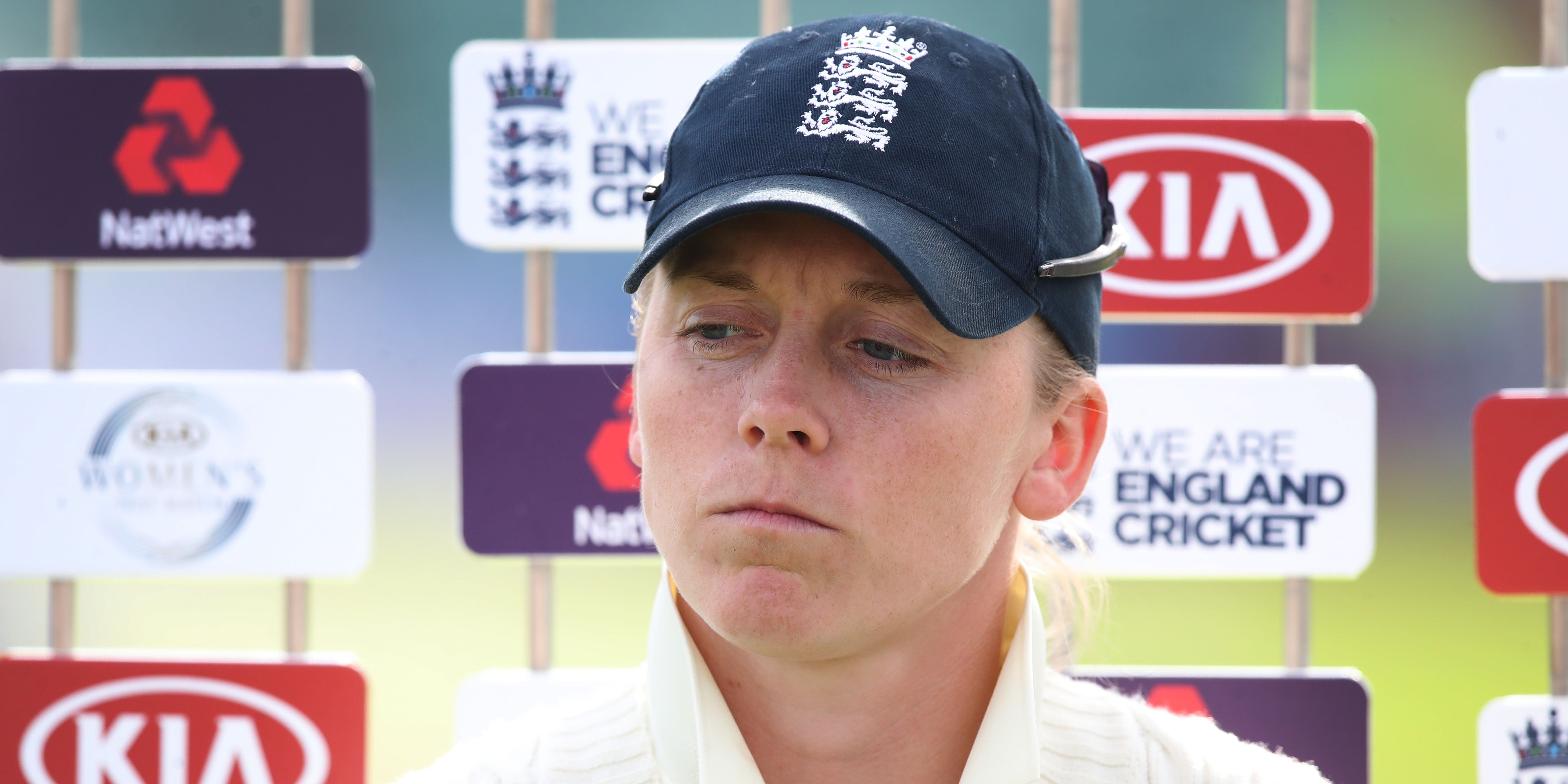 Sneh Rana and Taniya Bhatia’s 104-run stand secured the draw for the visitors and brought an end to England’s hopes of a first Test victory on home soil since 2005.

The players shook hands on the draw with 12 overs remaining in the day, with India 344 for eight in their second innings and leading by 179 runs.

Both sides took two points each from the game, with two points available from each of the following one-day internationals and T20 matches.

Across the four days, which many would argue was not enough once the rain delay had caused an impact on day three, it raised the question as to why there are so few women’s red ball games.

“I think it’s been a brilliant advert,” Knight said after the game’s conclusion.

“It’s almost a shame it (day four) fizzled out a little bit, it was set up to be very good and very exciting, but I think it’s been a brilliant advert.

“We’ve had some great skill on show, some very exciting youngsters come in from both sides and play outstandingly, Sophie Ecclestone, Shafali Verma, and Sophia Dunkley on debut.

“It’s really exciting to see that and I think it’s been a great advert and shows that women’s Test cricket has a place in the game.”

This summer is women’s cricket’s busiest. The Rachael Heyhoe Flint trophy has been at the forefront so far this summer, with a domestic T20 competition also due to start and The Hundred later in the summer.

England also have the rest of their series against India and a white-ball series against New Zealand later in the summer, with Knight stressing the importance of the shorter matches ahead of next year’s World Cup.

“I’d always love to play more Test cricket, I think everyone knows that, but that’s the schedule we’ve got and we’ll prepare well for that ODI series.”