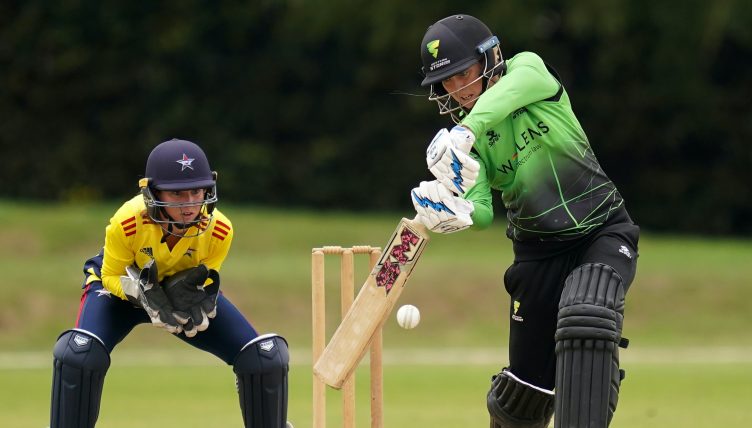 England captain Heather Knight’s unbeaten 91 inspired the Western Storm to a six-wicket victory over the South East Stars as the one-off 50-over Rachael Heyhoe-Flint Trophy got under way on Saturday.

Seamer Georgia Hennessy was the pick of the bowlers with four wickets for 31 runs as Anya Shrubsole went wicketless for the Storm, who skittled their opponents for 166 in 48.1 overs.

Knight was then the mainstay of the Storm’s innings, hitting 10 fours in a 99-ball innings as her side got over the line with 10.1 overs to spare at Beckenham.

Sophie Ecclestone followed up her 60 not out from 61 balls with two for 29 as the Thunder edged out the Lightning by four runs under the Duckworth-Lewis-Stern method at Trent Bridge.

Ecclestone’s innings plus 52 from Eleanor Threlkeld helped the north-west based Thunder to 206 for nine. After 14 overs were lost to rain, a revised target of 151 left Lightning needing 32 off five overs once play resumed.

But the combined experience of Ecclestone, fellow slow left-armer Alex Hartley (two for 35) and Kate Cross (one for 26) helped the Thunder prevail in a tight finish against the midlands outfit.

Danni Wyatt started her campaign with an effortless 66 as the Southern Vipers thumped the Sunrisers by seven wickets at Chelmsford.

Experienced England all-rounder Wyatt dominated with seven boundaries during a 111 run-stand for the first wicket – which put the Vipers in complete control of their chase.

Medium-pacer Paige Scholfield (three for 33) had earlier helped restrict the Sunrisers to 202, with Mady Villiers striking 64, before Scholfield’s six saw the Vipers over the line with just under 14 overs to spare.

Lauren Winfield and Hollie Armitage put on 139 to help the Northern Diamonds breeze to a target of 145 as they thrashed the Central Sparks by nine wickets at Edgbaston.

England seamer Katherine Brunt took five for 20 as the Sparks were all out for 144 after 38.1 overs, a total overhauled after 24.1 overs largely thanks to Winfield (72) and Armitage (54 not out).