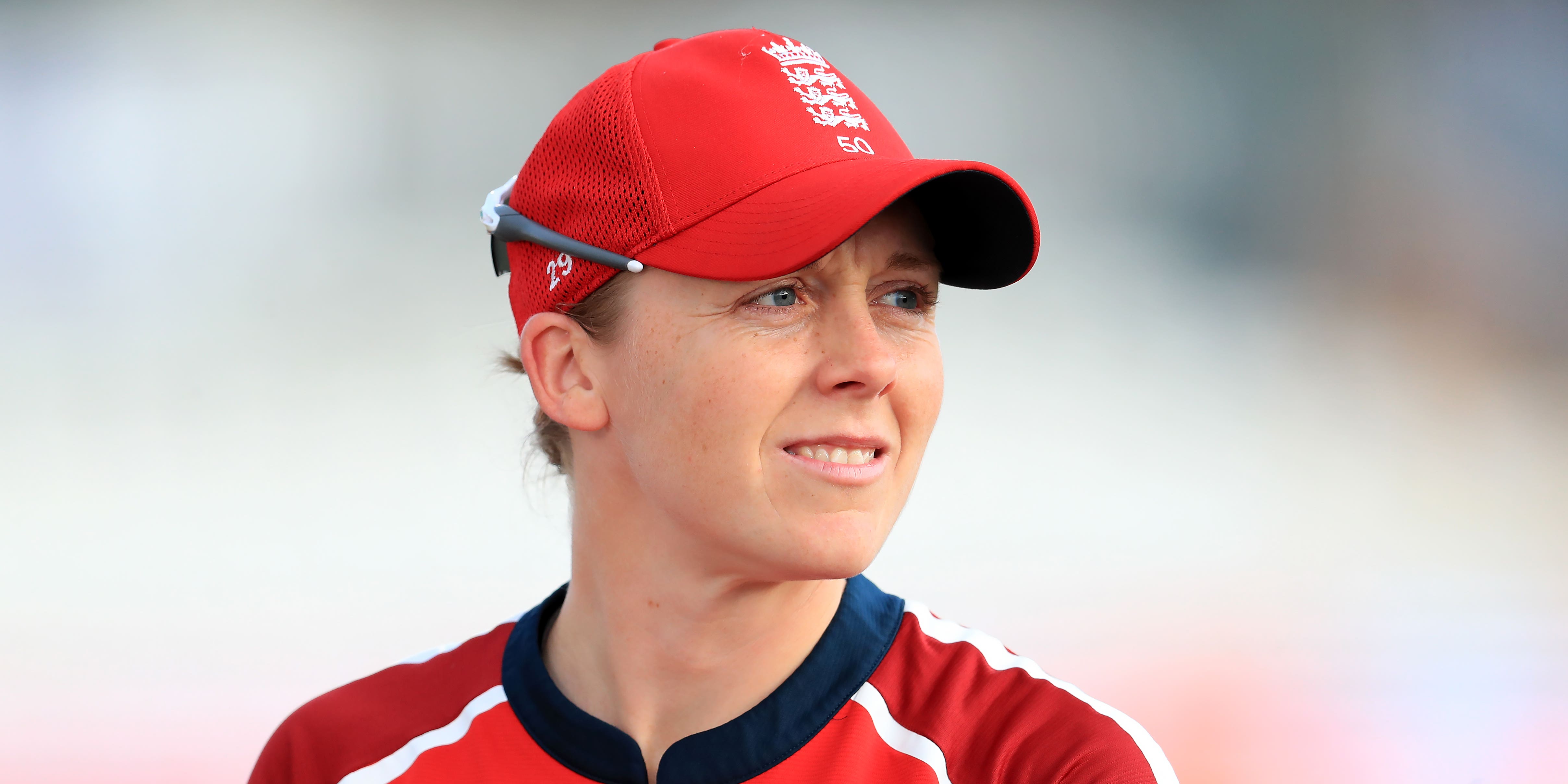 Heather Knight emphasised her love for Test cricket as England Women prepare for a rare opportunity to don their whites for the longest format.

The red ball has been on the periphery of the women’s cricketing calendar with just eight Tests worldwide since 2011, of which six were Ashes clashes.

England and India have not played each other across four days since 2014 but will meet at Bristol’s County Ground starting on June 16 to kick off England Women’s summer.

Despite making her Test debut in 2011 in Sydney, Knight has only played seven Tests during her career, with the last coming in 2019.

“I love playing red-ball cricket; it’s a real event. Because we play so little, you’re almost learning as you go when you’re playing a Test match,” Knight said.

“That probably isn’t how it should be, but I totally get the reasons why. I think in terms of pushing the women’s game forward around the world, I think ODI cricket and T20 cricket is the way to go. There is a little bit of difference in the professionalism around the world, particularly with Test cricket.

“I would love to see a series like we’re playing against India: one Test match as part of a tour. I think that could be a possibility going forward; I think red-ball tests you so much more as a player.

The Rachael Heyhoe Flint Trophy kicked off at the weekend ahead of what is shaping up to be the busiest domestic cricketing summer with a 50-over competition, Twenty20 competition and The Hundred all due to take place.

The Hundred, which was postponed after the outbreak of the coronavirus pandemic last year, is due to get under way on July 21 with the women’s Manchester Originals visiting the Oval Invincibles.

The game will take place 24 hours before the same fixture will kickstart the men’s event, demonstrating a strong desire to give both competitions equal exposure.

“(I’m) really excited. I think the fact that we’ve got a full summer of cricket to look forward to is amazing, with what we had last year,” Knight said.

“We’re super-excited to get going – it feels like it’s been a long old build-up and it feels like the build-up has been even bigger because it has been delayed a year. We’re looking forward to getting out there and seeing how the competition goes.”

The head of The Hundred women’s competition and female engagement at the England Cricket Board, Beth Barrett-Wild, could not understate the importance of the upcoming summer for the women’s game.

“It’s a massive summer. When I first joined the ECB back in 2014 I was the media manager for the England Women’s Team and I think we had three matches that were live on Sky Sports,” Barrett-Wild said.

“This summer I think we’ve got 54 days that are going to be on Sky Sports and with extensive coverage on the BBC as well, so I think that volume of cricket and that visibility that we’ve got and just the various competitions that we’ve got now.

“In addition to the domestic competitions we’ve got India Women over here to play that series against England in June and then we’ve got the Kiwis in the back end of the summer, so there’s a lot of cricket this year and I think it just really shows the growth that’s happening now and I think there’s a lot to look forward to.”