Heather Knight: Used wicket is not ideal for England’s Test with India 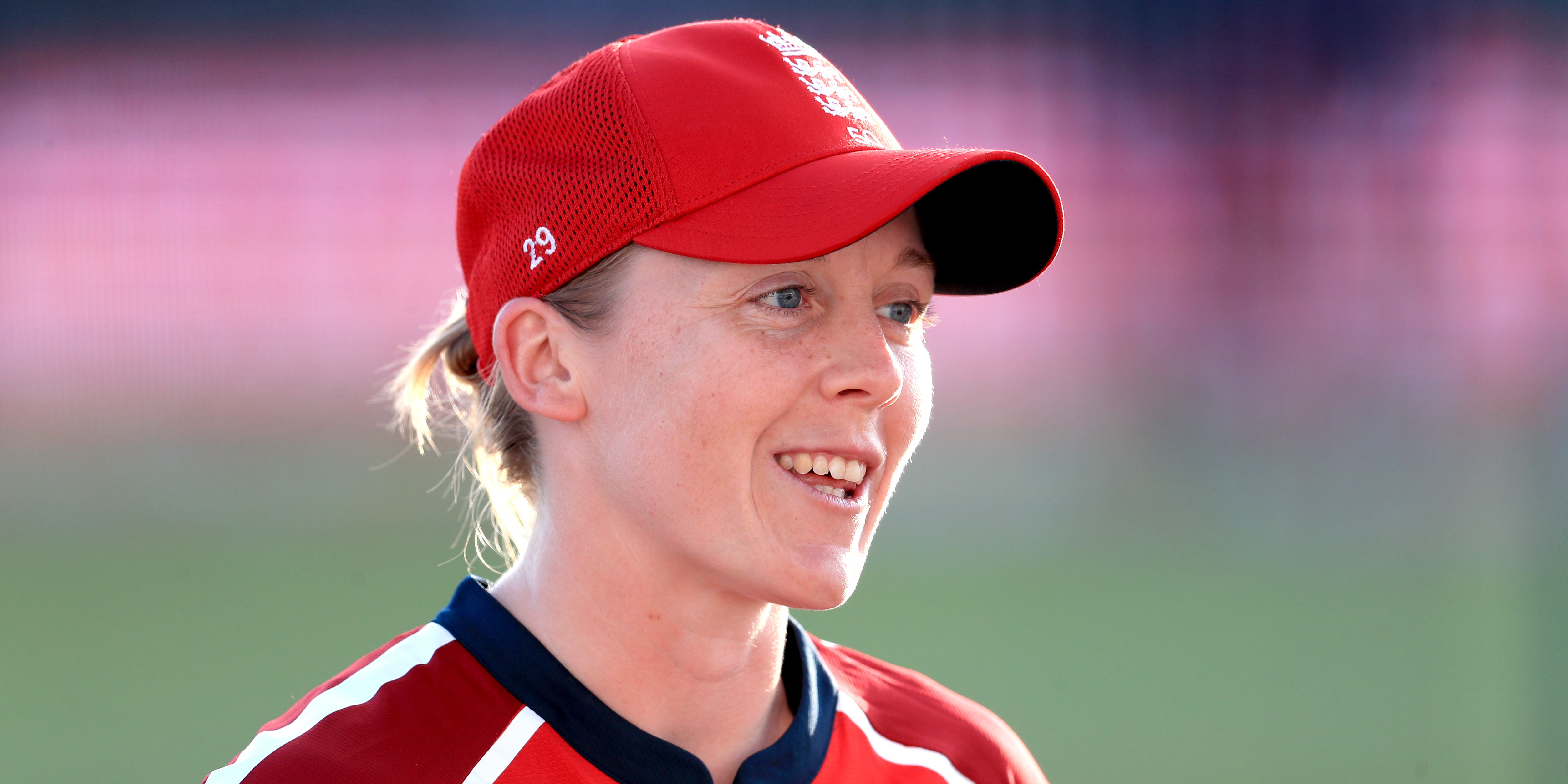 England captain Heather Knight was disappointed to learn her side’s Test match against India would be played on a used wicket.

England and India have not played each other across four days since 2014, but will meet at Bristol’s County Ground on Wednesday to kick off Knight’s side’s summer.

The red ball has been on the periphery of the women’s cricketing calendar, with just eight Tests worldwide since 2011, and the upcoming game will be played on the same wicket used last week for a Vitality Blast match, despite efforts from the England camp to change the strip.

“It was used for a Gloucestershire T20 match last week, which I guess obviously isn’t ideal. We would much prefer to be on a fresh one but it is what it is and we don’t know how it’s going to play necessarily.

“Obviously slightly different with it being used, but we’re confident we’ve got the squad and the XI that we’re going to pick to win this Test match.”

It is not the first time attention has been drawn to the 22-yard strip. Before an Ashes Test match at Taunton, England Women had to play the first women’s Test to be broadcast live on a pitch used for New Zealand against Afghanistan 40 days before.

On that occasion, the pitch was sluggish, scoring became increasingly difficult for a number of players and spin became an important factor, and this time the recently-used strip at Bristol could throw up the same problems.

“I guess at Taunton there was a lot of talk about the pitch and it didn’t actually do too much, so we’re going to have to wait and see and see how it plays,” Knight added.

“Obviously I’d much prefer to be playing on a fresh wicket, but it is what it is.

“It’s not something we can change now so there’s no point looking too much into how it will play, we’ll obviously try and adapt as much as we can to the situation and how the wicket plays.

“It’s not ideal but it is what it is and we’ve got to go now and get our head round playing on the pitch we’ve been given.”

The England captain added: “We found out last week, which obviously we tried to get changed but it was a little bit too late for that to happen. Obviously it’s unfortunate and it’s not ideal and we’d rather be on a fresh one, but we don’t know how it’s going to play yet, it still could play very well.

“Generally at Bristol you look at the deck sometimes and it looks not great but it actually plays brilliantly. So look, it’s not ideal but it is what it is and we’re obviously going to have to perform as best we can on the wicket we’re given.”

India Women will play two Test matches this summer, with a meeting in Australia scheduled for October, and Knight expects a difficult challenge from the visitors, despite their even more limited experience in the format.

“I imagine their attack will be reasonably spin heavy and we’ve been preparing for that. And they’ve got some world-class batters that we’re going to have to have very clear plans against.

“They’ve got some aggressive batters as well that could take the game away from us but we’re very confident in our plans and how we’re going to do things. We feel like we’ve got the line-up to be able to take 20 wickets in the Test match, which is obviously what we’re going to do and go for that win which we think we can.”

India skipper Mithali Raj said of the wicket: “Firstly, we are here to play a match. Whatever strip we get we will try and get a result out of it, and that’s the thought process.

“Whether it is a used wicket or a fresh wicket, as players and as captain I’m there to support my team to get a result and for that it is important that we follow our strategies accordingly.”