Heavy defeat on the cards for England after Ravichandran Ashwin ton 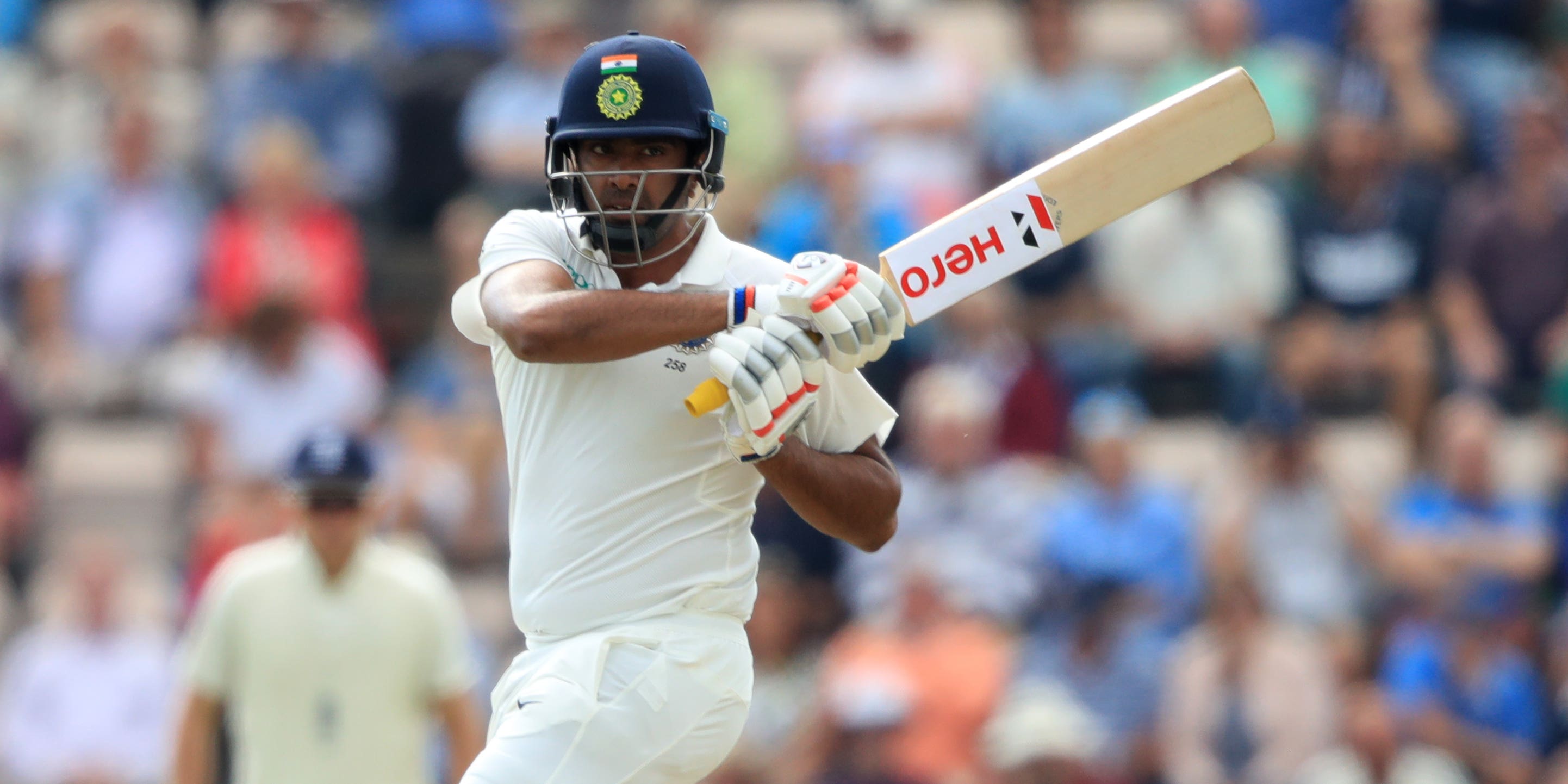 England were staring down the barrel of a heavy defeat as Ravichandran Ashwin’s century left them chasing a world record 482 in the fourth innings of the second Test.

India were eventually bowled out for 286 on the third evening, putting some of the more dramatic criticisms of the pitch in context, with Ashwin hitting a breezy 106 on his home ground with 14 fours and a six.

That is not to say the sharp turning pitch will not see England come a cropper, with Ashwin queuing up to do the damage with his relentless spin, but any suggestions that the surface is unfit for Test cricket do not tally with the way India have batted on it.

But, having been dismissed for 134 in their first innings, the idea of England pulling off a chase 64 higher than any other team has ever managed in the same conditions seems fanciful.

England’s spinners picked up some morale-boosting wickets, despite the oppressive match situation, as Moeen Ali and Jack Leach took eight between them.

Even more impressive was Ben Foakes, who marked his 28th birthday by showing on the big stage just why he is rated one of the best wicketkeepers in the world.

Having already top-scored from number seven on his first appearance in two years, the Surrey player completed two brilliant stumpings and an early run out on a pitch that made standing up to the stumps a desperately tricky affair.

With one earlier stumping already in the bag, Foakes became the first England keeper since Alan Knott in 1968 to take three in a match. The rested Jos Buttler, by way of contrast, has one in 50 caps.

England started the day 249 behind but quickly scooped up three for 11 to raise their spirits.

Cheteshwar Pujara fell in bizarre circumstances, run out by Ollie Pope and Foakes after he turned to make his ground and saw his bat jam in the turf.

The next two relied on Foakes, who took the chance to show off his technician credentials to give Leach two assists.

The first saw him play the role of ultimate opportunist, collecting at shoulder height as the ball zipped past Rohit Sharma’s defence and flicking the bails in one smooth movement as he over-balanced.

Rishabh Pant was next, the left-hander cut in two as the ball ripped through the gate. Foakes started well outside off stump but scampered across to take it cleanly down the leg side, parting the stumps as it settled in his gloves.

Moeen had Ajinkya Rahane caught bat-pad and Axar Patel lbw from round the wicket, leaving the hosts 106 for six.

The tumble of wickets stopped when Virat Kohli was joined by Ashwin, with the pair gradually prising the enthusiasm from their opponents over the course of a 96-run stand.

One uppish drive notwithstanding, Kohli was on a mission to avenge his day-one duck. He watched the ball furiously, played late in front of his eyes and scored with real assuredness on a surface that rewards only the very best methods.

Ashwin had his own way, using a big stride to smother the turn and scoring well with the sweep. Both men passed 50 in the afternoon session, Ashwin for the sixth time in a match where he also boasted a five-for.

Kohli was undone by Moeen for the second time in the match, a tight lbw decision high on the knee roll, and the all-rounder struck Kuldeep Yadav in front of middle to claim a fourth.

Ashwin continued to pepper the boundaries, swatting the seamers and milking the spinners and had a life of 70 when an inside edge bounced out of Foakes’ glove taking both caught behind and stumped out of the equation.

He was last man out for 106, dragging into his stumps to give Olly Stone a late success.