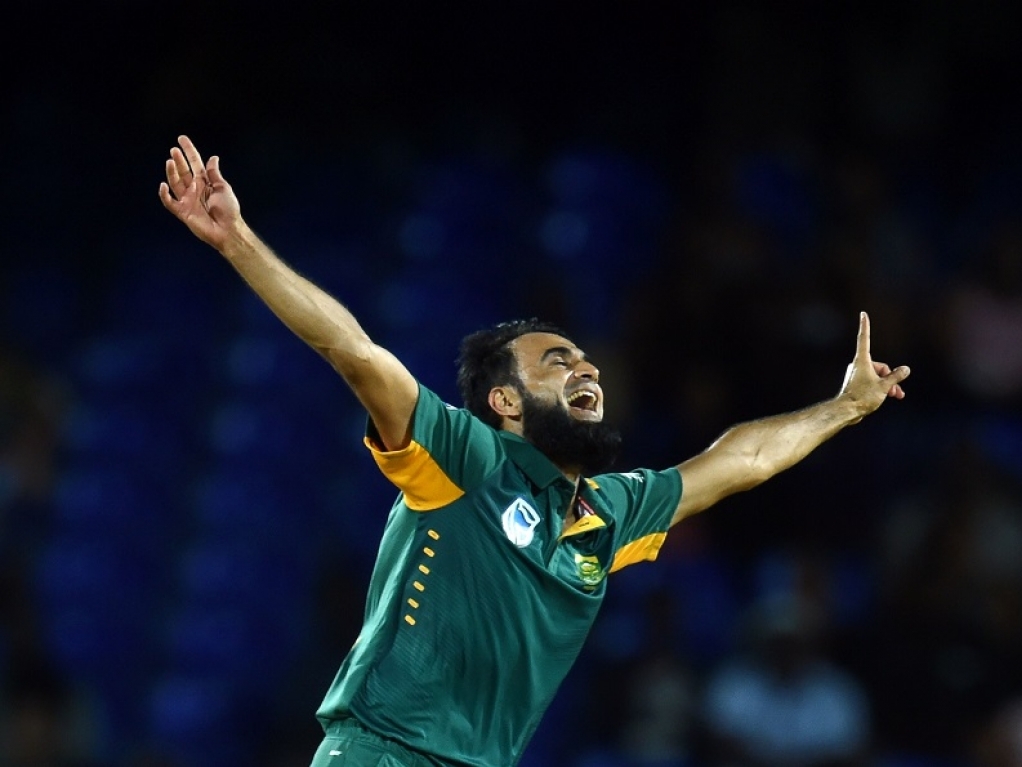 South Africa spin bowling coach Claude Henderson says the squad is fortunate to have variety in the spin attack in action in the Tri-Nation ODI series in the Caribbean.

The spinners led the way in the Proteas' 139-run win against the West Indies in St Kitts on Wednesday, an all-round performance highlighted by Imran Tahir's career-best figures of 7/45, the best by a South African bowler.

The former Proteas left-arm spinner, who took more than 900 first-class wickets during his 22-year career, says the three frontline spinners are all different players with unique capabilities, and have a role to play on all conditions in the current series.

"We are very fortunate to have a great mixture of spin bowling," he said in Barbados.

"Tabraiz Shamsi has come in as a new-comer and gives us the variation as the china-man. Imran Tahir, in my opinion, has shown why he is the number one ODI bowler in world cricket. He has got great variation, he takes wickets and can bowl on any surface, especially when the wickets don’t spin, that is when he is dangerous.

"Aaron Phangiso went through a tough time changing his action before the T20 World Cup, I still can’t believe how he did it in four days, these things normally take two to three months.

"He bowled beautifully against the West Indies in Guyana, it was unfortunate that we lost that game. He is a crafty left-arm spinner, he has a lot of experience, shows great control, understands the conditions, fits in the unit and does what the captain asks of him."

New-comer Shamsi, who has impressed in the two matches he has played this series, remains a mystery to the opposition and to the coaches, who have admitted they can’t 'pick him' just yet.

"He has adapted well," Henderson said of Shamsi. "He is fortunate that he has walked into a good environment led by solid senior players and good management, you need that as a young player.

"He is also fortunate that he has Imran there, they connect well and enjoy each other. It’s fantastic to see a 37-year-old sharing his knowledge with a young man like Shamsi.

"It’s important to keep him hungry, I think his enthusiasm for the game and his body language are key factors for him. He needs to keep his feet on the ground and understand what makes him successful, the basics. I hope he can keep it simple and try to assess the conditions as we go along, but most importantly bowl with a smile on his face."

The conditions at the Kensington Oval have been traditionally known to suit pace and bounce, but Henderson admits all three spinners can make an impact if given the opportunity.

"Barbados I’ve been told is a better batting wicket with a bit more bounce," he said. "I also believe the boundaries are also a bit bigger. Who knows, do we go in with three spinners, is that an option?

"I am always in favour of spin, I feel sides don’t really prepare that well against spin like they do for pace bowling. It’s nice to have this variation for this series."