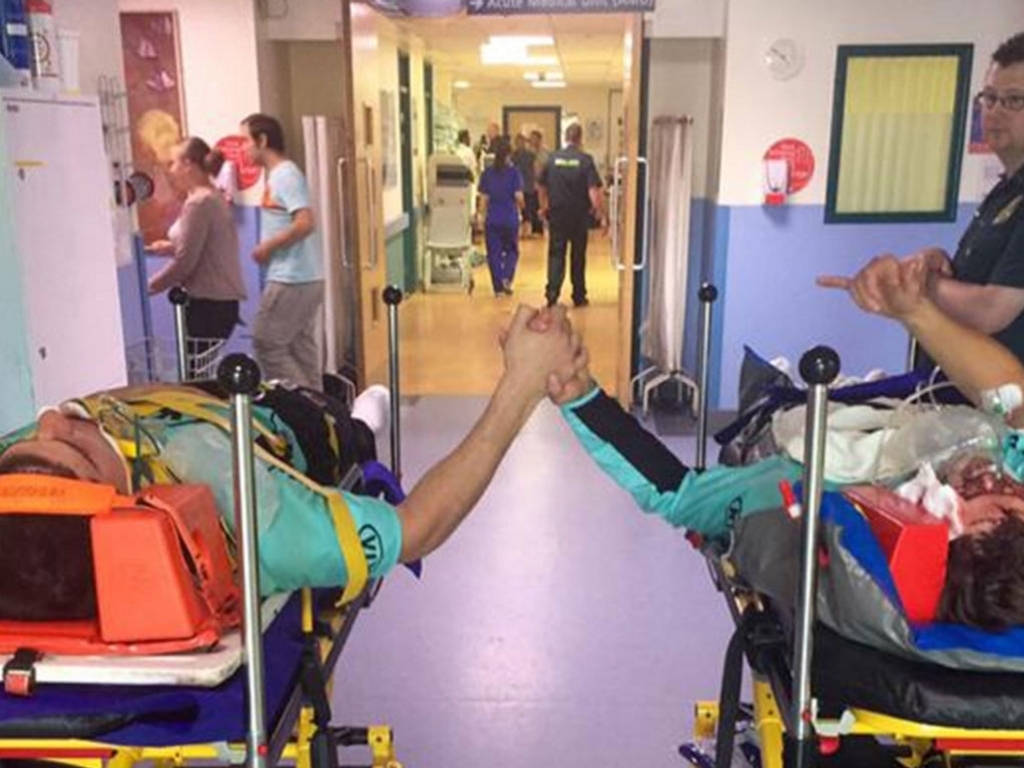 Australia all-rounder Moises Henriques has left the Chichester hospital he was sent to after colliding with Surrey team-mate Rory Burns, though faces extensive dental surgery in the coming days.

The pair crashed into each other while running to catch a high ball against Sussex on the weekend, and while Burns got off with lacerations to his face (thanks to Henriques' teeth) the Australian broke his jaw in three places.

Burns has already left the hospital, but Henriques needed a few days to recover, and will now need to endure maxillo-facial surgery.

Surrey tweeted from their official account: "More good news on the lads – Moises has now been released from hospital and will see a dental specialist tomorrow. He's improving slowly!"

Former England batsman Kevin Pietersen was at the Arundel Castle ground when the incident happened, being a Surrey player himself, and he told the Telegraph of the immediate reaction from the team, after the game had been abandoned.

He said: "I was stood at cow corner and you could see it happening before they collided.

"I kept thinking one of the guys will call. Then you think one will stop but then bang, bang. It was absolutely sickening.

"When those guys went down and did not move it hit some of our guys very hard.

"There was some raw emotion clearly visible which you can understand when the team has gone through the death of a team-mate.

"When the chairman came in the dressing room and said they are going to be ok it lifted the mood but they were still very upset."