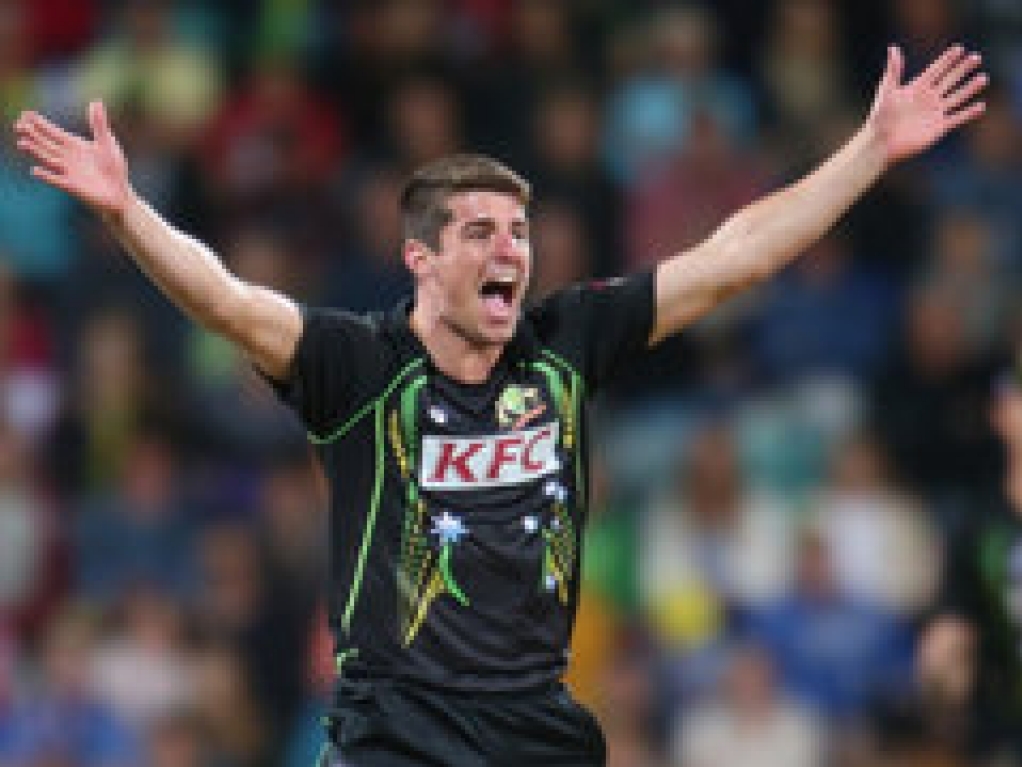 Allrounder Moises Henriques has replaced Shane Watson in Australia's ODI squad for their match against England at the Blundstone Arena in Hobart on Friday.

Watson felt some tightness in his hamstring and the medical staff decided to take no chances on the fitness of the allrounder with the World Cup just around the corner.

The 27 year-old Henriques has played five ODI's for Australia, the last of which came against Sri Lanka in Hobart in January 2013.

National Selector Rodney Marsh said:"Moises is one of our leading all-rounders, he has international experience, and in Shane Watson's enforced absence it made perfect sense to draft him in for this match."

As a result of his national call-up, Henriques will now miss the Sydney Sixes BBL clash against the Sydney Thunder, however the allrounder along with Shaun Marsh and Cameron White will be made available for their franchises' semi-finals matches on Saturday and Sunday.

Rodney Marsh added: "The intention is to release Moises, along with Cameron White and Shaun Marsh, after the match as it is our expectation that we will have George Bailey, Mitchell Marsh and David Warner available for selection for our match in Sydney on Monday."