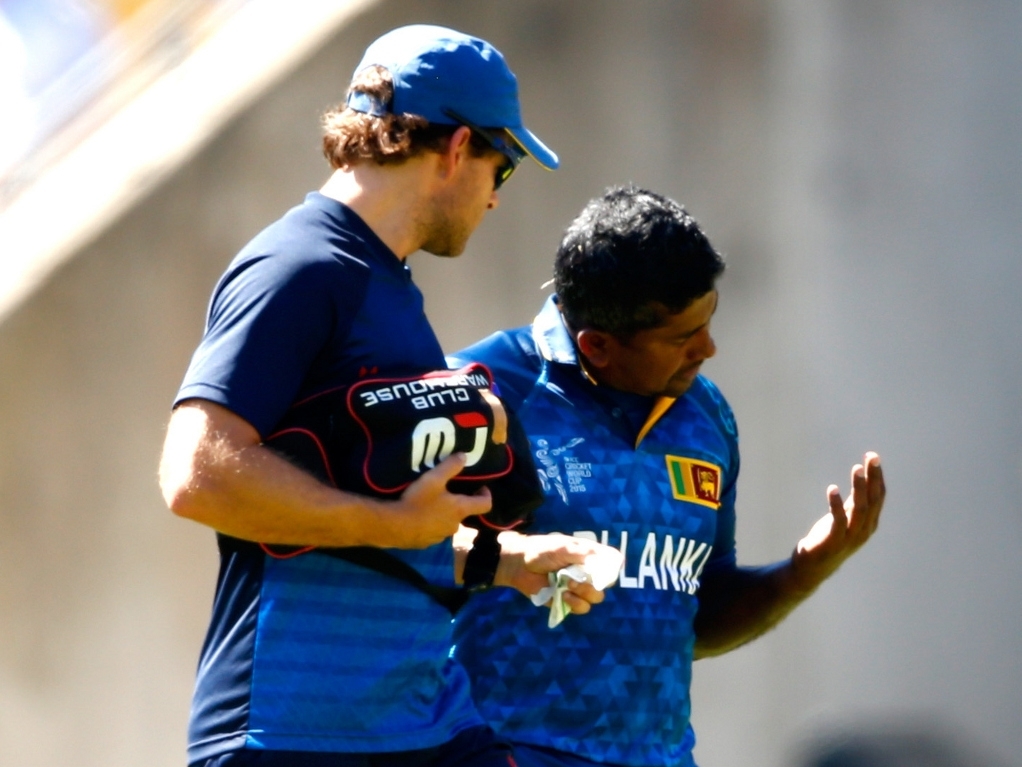 Sri Lanka could be without spinner Rangana Herath for their match against Australia next Sunday, after he had to have four stitches put into his hand after splitting the webbing on his spinning hand.

Herath picked up the tear between his fingers in the match against England in Wellington, which Sri Lanka won by nine wickets, and the medical team afterwards confirmed Herath could be out of action for more than a week.

Sri Lanka team manager Michael de Zoysa said: "The doctor says he's out for 8-10 days, but we'll see how he heals up and then reassess."

Herath was struck on the hand near the end of England's innings while trying to field the ball, and will also have X-rays to make sure there's no other damage. If he cannot play, then Sachithra Senanayake could make his first World Cup appearance.